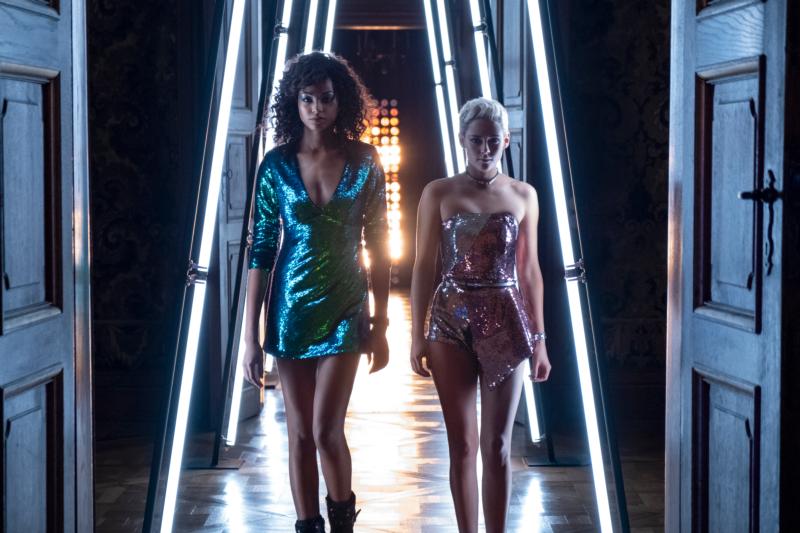 NEW YORK (CNS) — The mantra for a film industry obsessed with remakes and reboots could be “Everything old is new again.” The latest example: “Charlie’s Angels” (Columbia), the third film iteration of the iconic 1976-81 television series.

Happily, the third time is, overall, a real charm. Under the direction of Elizabeth Banks, who wrote the screenplay and also stars as ringleader Boz (short for “Bosley”), “Charlie’s Angels” is an old-fashioned popcorn movie overstuffed with preposterous action sequences, exotic locales and good humor.

This is escapist entertainment on a grand scale, a stylish 007 adventure featuring a gaggle of Jane Bonds out to save the planet from the forces of evil (even if the message of female empowerment and equality is a bit heavy-handed).

One of the Angels is coy about her sexual preference, though the matter is dealt with obliquely. So at least some grown viewers may want to steer clear.

The bare bones of the original premise remain. The Townsend Agency, run by the unseen Charlie, recruits women from around the world to serve as super-secret spies, or Angels, under the direction of Charlie’s representative, codenamed Bosley.

The original Bosley (Patrick Stewart) has just retired, and is succeeded by a former Angel (Banks). Her team of agents includes Sabina (Kristen Stewart), an heiress with a punk hairdo who may or may not be gay, and Jane (Ella Balinska), a comely former British special agent.

Angels work in teams of three, and the missing addition is found in an unlikely spot. Elena (Naomi Scott) is an engineer who has created a sustainable energy source. Problem is, her wicked bosses (Nat Faxon and Sam Claflin) plan on weaponizing the technology and selling it to bad guys.

Sabina and Jane infiltrate the firm, and when the technology is stolen, discover an unexpected ally in Elena, who is drafted into the Angels.

The movie evolves into a globetrotting game of cat and mouse as our ladies kickbox their way from Brazil to Germany to Turkey in search of the stolen goods. Banks borrows heavily from the “Mission: Impossible” and “Kingsman” franchises, and unexpected twists and double-crosses will keep viewers guessing until the very end.

Cameo appearances from veteran Angels and a glimpse of “Charlie” will surely have baby boomers’ tongues wagging as they wax nostalgic for the late 1970s.

The film contains frequent but bloodless action sequences, some sexual innuendo and fleeting references to homosexuality, occasional profane and crude language and an obscene gesture. The Catholic News Service classification is A-III — adults. The Motion Picture Association of America rating is PG-13 — parents strongly cautioned. Some material may be inappropriate for children under 13.

PREVIOUS: ‘A Beautiful Day in the Neighborhood’ makes viewers feel at home

NEXT: ’21 Bridges’ ends up leading nowhere