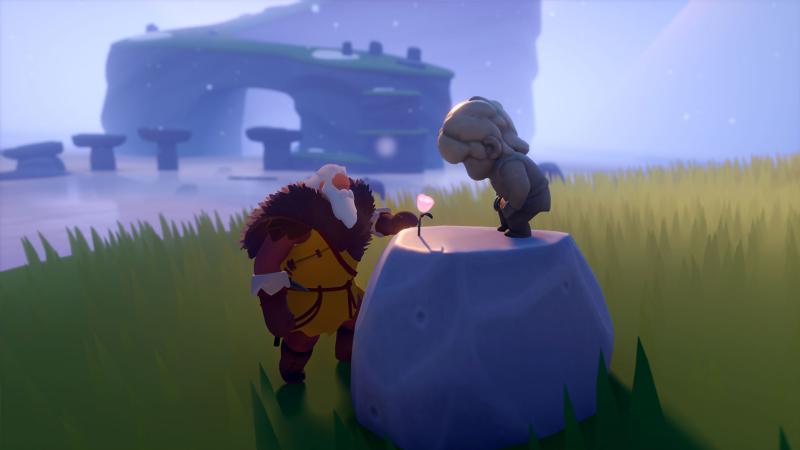 This is an image from the video game “Arise: A Simple Story.” The game contains depictions of death. The Catholic News Service classification is A-I — general patronage. The Entertainment Software Rating Board rating is E — everyone. (CNS photo/Techland)

NEW YORK (CNS) — “Arise: A Simple Story” (Techland) dips deep into the well of emotion as an old man looks back across the highs and lows of his life. This wholesome game is suitable for all ages, but adult players will better appreciate the more nuanced aspects of the story.

“Arise” is a beautifully illustrated platform puzzle game. As the protagonist lies dying, he reminisces about various key moments in his life, from his first love to the birth of a child. Joyous memories are depicted in bright, lush landscapes, whereas times of loss are represented by storms and dark forests.

The dreamlike score, featuring the melancholy lows of a piano and the uplifting highs of stringed instruments, furthers the sense of immersion. Music lovers may want to try the game for the soundtrack alone.

The ability to control the flow of time is one unusual mechanic within the game, as players can move forward or backward in the narrative. To move from one platform to the next, players must jump, climb and swing, utilizing the time mechanic as well as riding streams of air and using a grappling hook tool.

When jumping across giant sunflower blossoms, time can be moved forward to alter the positioning of the flowers and thereby gain access to a new path. If a path is blocked by frozen water, time can be adjusted until the water has melted. Gamers need to take full advantage of this mechanic in order to progress to each new chapter.

“Arise” provides an exemplary role model in the person of its main character. He demonstrates devotion as a spouse and skills as a leader. He also uses ingenuity to solve problems rather than violence.

While there is no combat, players can die through making mistakes, such as falling from a dangerous height. When this happens, the old man is seen crumpling to the ground but there are no blood effects.

Some of the camera and player controls are inconveniently positioned and cause minor frustration. But these flaws do not detract from what is ultimately a powerfully evocative gaming experience.

Playable on PlayStation 4, Xbox One, and PC.

The game contains depictions of death. The Catholic News Service classification is A-I — general patronage. The Entertainment Software Rating Board rating is E — everyone.

PREVIOUS: Idea of remorse takes a hit in stunning ‘The Irishman’