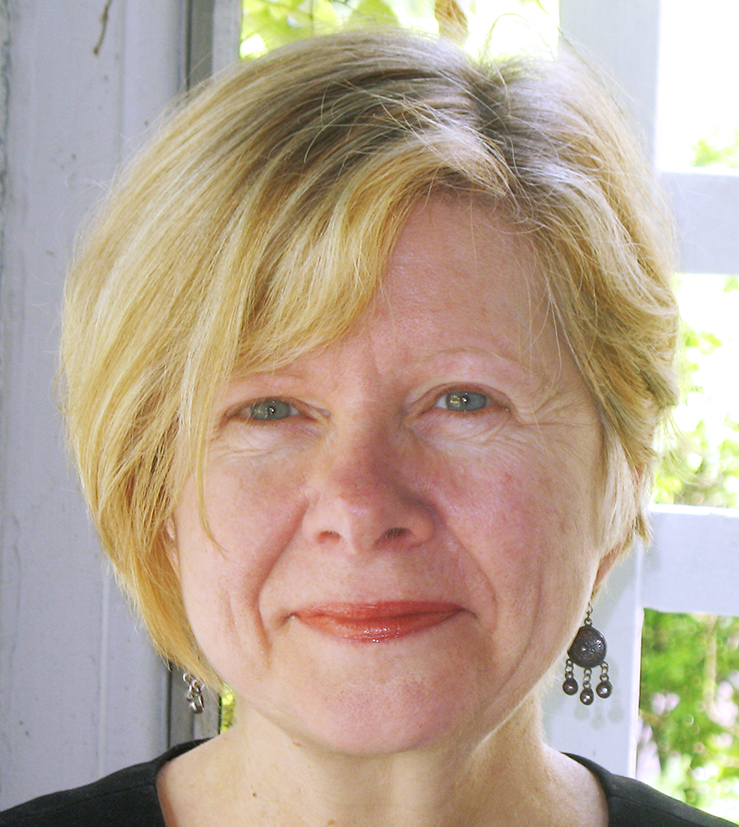 TORONTO (CNS) — Valerie Sayers is a Catholic writer with a keen appreciation of the grand style of renowned novelists in the school of William Faulkner, Carson McCullers, Flannery O’Connor and even Walker Percy.

A native of Beaufort, South Carolina, Sayers’ first five novels touch on the sense of separateness and isolation of Catholic communities in the heavily Protestant U.S. South.

Her debut novel, “Due East” (1987) for example, examines the interactions of an Irish-Catholic family with a majority Protestant community often bemused with Catholic tradition and belief. The novel introduces the dual-person-point-of-view technique that Sayers maintains and even expands upon in her subsequent works.

“I think it was natural that my upbringing in a religion-centric family in the ‘Christ-haunted’ South would mean questions of faith would constantly emerge,” Sayers told Catholic News Service. “But I almost never begin a piece of fiction by thinking I will now explore religion. Rather, those questions emerge naturally, because that’s a central part of my own life and vision.”

Sayers left Beaufort after high school and went on to obtain her undergraduate and master’s degrees respectively at Fordham University and Columbia University in New York. She spent a number of years living in New York, where she was active with the Catholic Worker movement, before joining the faculty of English literature at the University of Notre Dame in Indiana. She recently celebrated a quarter century of teaching there.

Her most recent work, “The Powers” (2013) takes the reader to New York city in the summer of 1941, as Americans followed not only Joe DiMaggio’s 56-game hitting streak, but also the dire developments in Europe that would eventually drag the country into World War II.

While “The Powers” is a change of direction from Sayers’ previous five novels, it still features strong Catholic-themed elements of human striving, failure and the possibility of redemption. It’s also a funny story with a number of humorous anecdotes to delight not only Catholic readers, but also hard-core baseball fans.

Consider, for instance, this passage where DiMaggio ponders being overshadowed by the home-run-hitting exploits of Jewish ballplayer Hank Greenberg: “He (DiMaggio) held his breath when Greenberg got close to breaking Babe (Ruth)’s record, mumbled more than one Hail Mary: maybe not the first time somebody asked her to make the other guy strike out, but probably a sin to use a Hail Mary that way. He never had much feel for the religion business. It’s a woman’s game. Probably he should have asked his mother to do the praying, to stop the home runs from accumulating — but the Virgin, let’s say she followed baseball, was Jewish herself, wasn’t she? She’d be on Greenberg’s side if she was inclined to get into the game.”

Sayers is quick to incorporate humor into her fiction, despite the more profound mystical questions to which the work alludes. It’s just one of her ways of keeping faith alive.

“One danger for a Catholic writer is a sense of self-importance, so a little satire — and sometimes even a little slapstick — can be a good corrective,” she said.

Sayers was reluctant to say which is the most “Catholic” of her six novels, but they all in one way or another invite the reader to consider how belief impacts human action.

“All the novels are Catholic, but I wouldn’t say any of them teach a lesson; rather, they explore themes of faith, doubt and action, and they ask readers to join in that exploration,” Sayers said. “Though each focuses on a specific conflict — ‘Due East’ on a young girl’s unmarried pregnancy, ‘Brain Fever’ on a middle-aged philosophy professor’s nervous breakdown, ‘The Powers’ on Joe DiMaggio’s hitting streak of 1941 — they’re all concerned with how we decide what we believe and how we act on that.”

Sayers’ interest in expressing faith elements in her fiction is of long standing. In a 2004 essay, “Being a Writer, Being Catholic” for Commonweal magazine, Sayers said it’s more difficult to define clearly what is “Catholic” writing, than it is to recognize writing that simply uses Catholicism as its subject or even as part of its setting.

“I don’t believe a Catholic writer needs to be writing about explicitly Catholic subjects,” Sayers said in her essay. “The subject may or may not be identifiably Catholic, but certainly a Catholic vision of the world will inform every word a writer chooses. If we aspire to Catholic writing, then we had better let the Gospels propel us.”

She later elaborated for CNS the need for Catholic writers to avoid sermonizing in their stories.

“We have homilists and essayists for that, but (a Catholic writer) should commit to using language and form at the highest level. A talent for writing is a gift that can be used to challenge and disturb readers, but also to provide the joy and pleasure good art brings. Art springs from mysterious sources, and forcing it into moral shapes often results in bad art — and maybe bad morals too.”

“For several years before I started attending St. Mary’s, I was part of a Catholic Worker community that celebrated Mass at our house of hospitality. When I’m in New York, where my sons live, I like to visit our old parish, St. Francis Xavier in Brooklyn, and I also love St. Francis Xavier in Manhattan, a Jesuit parish,” she said.

After producing six novels, a number of short stories, reflective essays and book reviews, the creative fire still burns for Sayers. She is soon to finish a collection of stories tentatively titled, “The Age of Infidelity and Other Stories.” The collection, which will be published by Slant Books, explores variations on themes of fidelity and infidelity in religion, marriage and friendship.

“I’ve often thought of marital infidelity as a good analogue to straying away from religious faith,” she said.

In addition, Sayers is making slow progress on a memoir dealing with her coming of age in the “Jim Crow” South.

“I was the first in my family born in the South. My parents were Irish-Americans from New York who settled in South Carolina, which at that time had the smallest percentage of Catholics of any state in the nation. Our little Catholic parish was the center of our big family’s worldly existence. My mother was especially devout, and my father was especially political, pro-integration in a little town where many folks were hell-bent to stay segregated. For a long time, I thought Catholicism and liberalism were pretty much the same thing. I still believe that Catholicism — Christianity in general — is a radical faith, (and) Christ’s identification with the poor and weak is a challenge to our times.”

NEXT: Idea of remorse takes a hit in stunning ‘The Irishman’