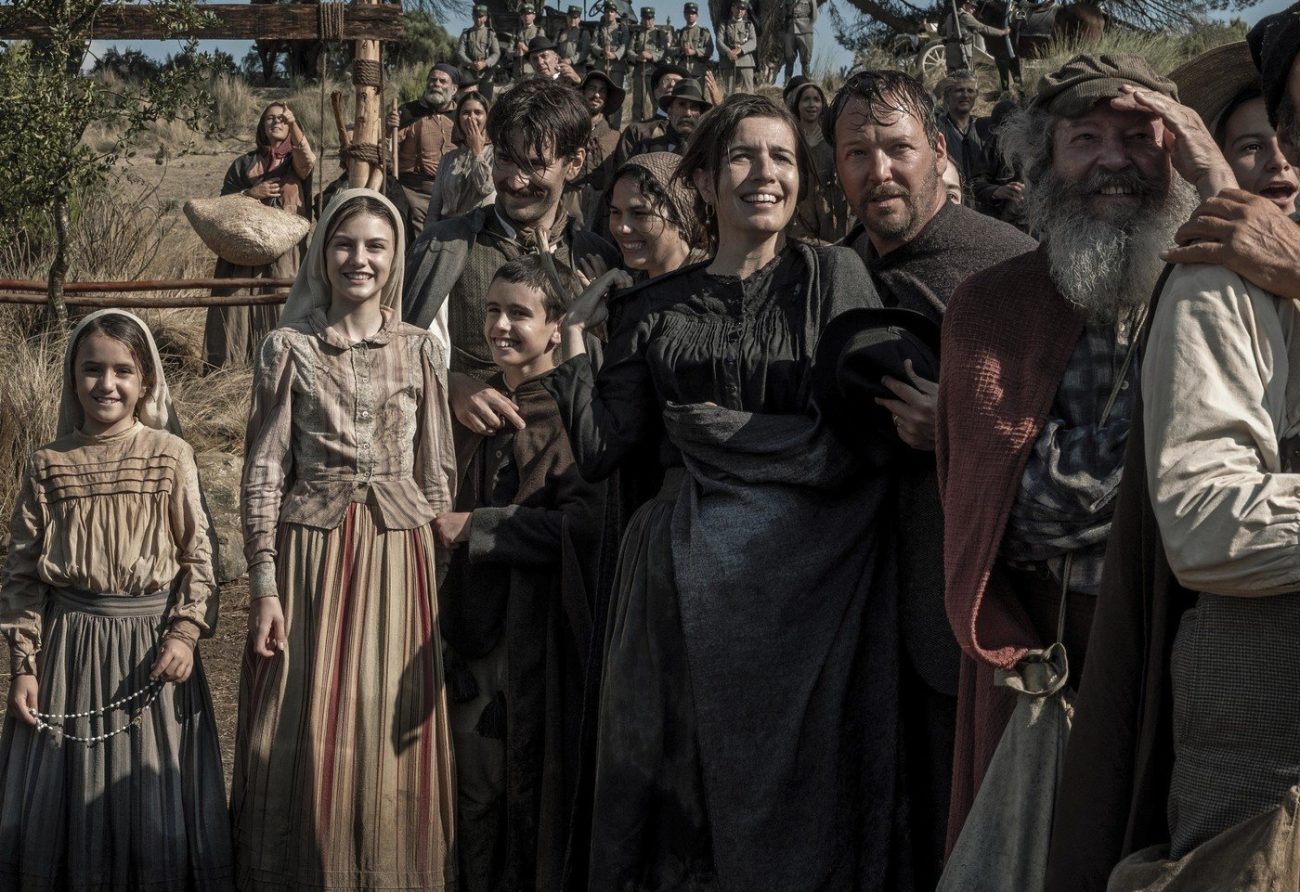 SAN DIEGO (CNS) — The producers of the movie “Fatima,” which will be released in theaters and premium video-on-demand Aug. 28, could not have asked for a better endorsement than the standing ovation the film received earlier this year at the Basilica of Our Lady of the Rosary of Fatima in Portugal.

But another, and perhaps more compelling endorsement, is the movie’s impact on the faith of those who have seen advance screenings.

“I have a very deep and fervent belief in the capacity of film to inspire change in people,” said one of the film’s producers, Natasha Howes.

Dick Lyles, another producer, said some moviegoers have told him they had previously failed to recognize the importance of the rosary, but after seeing the film, they began praying it daily. Others said they want to delve more deeply into the Fatima story.

He also said that some fallen-away Catholics have told him that they were inspired to begin attending Mass again, while non-Catholics said they wanted to know more about Catholicism.

These viewers are not alone. Working on the project has affected changes in Lyles’ own life.

In the early days of the project, as he was researching Fatima, he and his wife made a commitment to pray the rosary every day, doing so together whenever possible. Even when they are geographically separated, he said, they sometimes pray it over the phone.

It seemed like “the least we can do,” he said.

Ultimately, he sees the film as something that is capable of uniting Catholics and producing “a major uptick in the morale and the commitment of Catholics around the world.”

“The church has so many controversies today,” Lyles said. “This is something … that everybody can embrace and can basically give Catholics the confidence to be Catholic,” he told The Southern Cross, diocesan newspaper of San Diego.

Lyles said the Shrine of Fatima had declared the film to be both historically and theologically accurate and had praised its cinematic depiction of the Marian apparitions reported in Fatima, Portugal, in 1917.

“I think this movie brings glory and honor to God and to the Blessed Virgin Mary and speaks about issues of faith with incredible reverence,” said Lyles about the project that took about 13 years from the concept stage to the film’s completion.

Filmed entirely in Portugal, “Fatima” dramatizes the story of three young shepherds, 10-year-old Lúcia dos Santos and her younger cousins Francisco and Jacinta Marto, and the Blessed Virgin Mary’s six appearances to them between May 13 and Oct. 13, 1917.

The Fatima visionaries said that the Blessed Mother had called upon humanity to stop offending God and to pray the rosary daily to bring about world peace. During her final appearance, tens of thousands of onlookers experienced a phenomenon known as the Miracle of the Sun; the sun appeared to spin in the sky and even plummet toward earth before returning to its rightful place.

While Catholics are not required to believe in private revelations, the church has deemed the Fatima apparitions “worthy of belief”; Francisco and Jacinta Marto, who were among the casualties of the 1918 Spanish flu pandemic, have been declared saints; and the canonization cause for Lúcia dos Santos is currently underway. 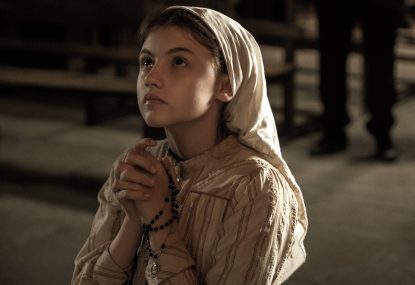 Lyles described the apparitions as “probably one of the most important events of the 20th century.”

“I think the world received a message from Heaven,” he said, “and … I don’t think the world has totally internalized that message. I think there’s still a lot of people who either haven’t heard the message, or don’t understand it, or don’t embrace it.”

That is where the new film comes in.

Howes, who has worked on several Fatima-related projects, including the 2009 feature documentary “The 13th Day,” said the makers of “Fatima” wanted “to breathe new life into a very well-known story” and to share it with “mainstream audiences” — a goal that the Shrine of Fatima recognized and was willing to assist by providing an advisory team and access to historical documents.

In the new film, the miraculous events of 1917 are presented in the form of an extended flashback as an aged Lúcia (Sônia Braga), now a cloistered nun at a Carmelite convent in Portugal, recounts her experiences to Professor Nichols, a fictional academic portrayed by Harvey Keitel.

Lyles said the casting is “one of the strengths” of the film. He especially praised the work of Stephanie Gil, who portrays the young Lúcia, and said the Spanish child actress “carried this movie.”

NEXT: New take on ‘Fatima’ tells a story for our times