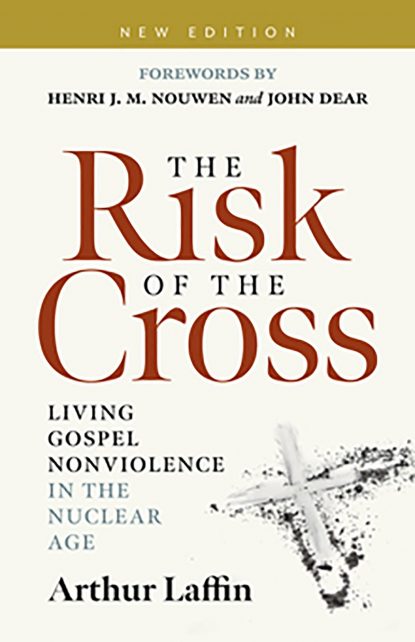 This is the book cover of “The Risk of the Cross: Living Gospel Nonviolence in the Nuclear Age,” by Arthur Laffin. The book is reviewed by Eugene J. Fisher. (CNS photo/courtesy Church Publishing)

These two books strive, based upon Catholic social teaching, to reach the same noble goals: global and local peace and the destruction of all nuclear weapons.

Both note that the huge sums of money devoted to developing and maintaining nuclear weapons deprive our societies of funds that could be used to help those in need.

The efforts of scientists in building nuclear weapons could be used to develop a better understanding of how to deal with threats to our health and safety, in local communities and worldwide.

The timing of the release of these excellent volumes, some 70 years after Hiroshima and Nagasaki, is of course not accidental.

The two books speak to each other and to all of us as Catholics, since a nuclear war would likely destroy our planet.

“The Risk of the Cross” updates a book written some 40 years ago, when people like Dorothy Day and the Berrigans, and myself with them, were marching for peace and the Rev. Martin Luther King Jr. and John Lewis for civil rights for African-Americans. All these people lived the “Gospel nonviolence” called for, then and now, in this book.

Interestingly, these two books reflect two ends of the wide spectrum that is the Catholic Church. “The Risk of the Cross” is a guidebook for how local communities can come together and in joint prayer, study and dialogue, come to a deeper understanding of the nonviolence inherent in Jesus’ teaching and what we are called upon to do today to move toward the goal of nuclear disarmament.

Each session has opening and closing prayers, readings and discussion questions. A brief history of the nuclear age sets the context and official statements of the church and key organizations fill in what is needed for fully informed reflection and dialogue.

“A World Free” contains the presentations given at a world conference on nuclear disarmament hosted by the Vatican in November 2017. Included are addresses to the conference by Pope Francis and other key Vatican officials. 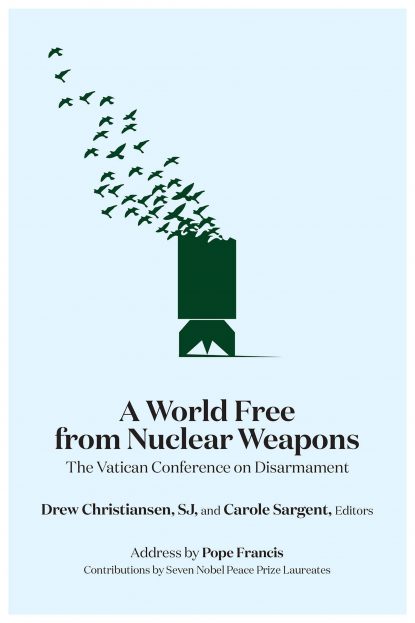 This is the book cover of “A World Free from Nuclear Weapons: The Vatican Conference on Disarmament,” edited by Drew Christiansen, S.J., and Carole Sargent. The book is reviewed by Eugene J. Fisher. (CNS photo/courtesy Georgetown University Press)

“A World Free” also presents the moving testimony of a survivor, Masako Wada and an American who worked in Japan. It includes the testimony of Nobel laureates working for peace in their own countries, such as Northern Ireland and the Middle East, and diplomats who spent their lives bringing people and governments together for peace and nuclear disarmament through the United Nations and between countries such as the United States and Russia.

It outlines what can be done through the international civil society and how readers can facilitate this.

The book devotes a section to religious voices urging us to transform the human spirit to enable scientists and other workers to take up the social and moral responsibilities inherent in what they do.

It notes the interconnection between migrations and wars in our world and closes with a reflection on what has been achieved so far and what needs to be done to enable full nuclear disarmament.

The church needs to evolve from its ancient just-war theory into a new and universal just-peace reality.

PREVIOUS: ‘Tenet’: A wild and perplexing whodunit through time