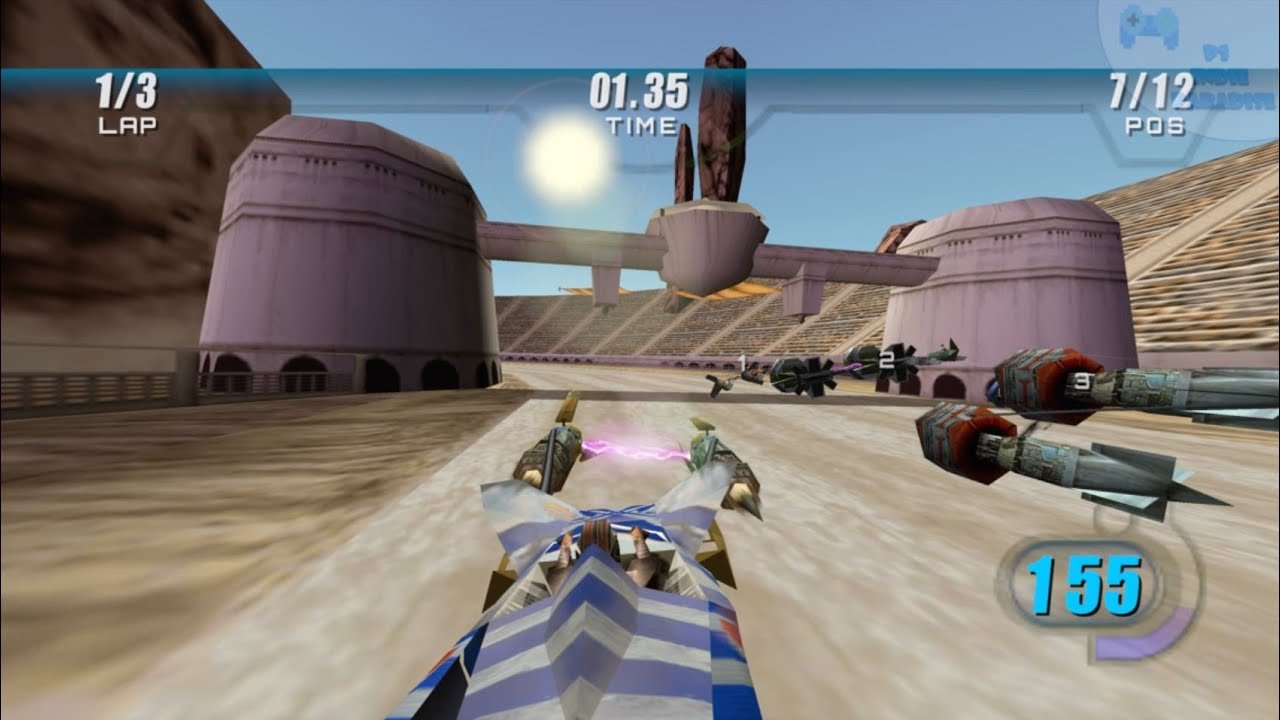 This is a scene from the video game "Star Wars: Episode 1 - Racer." (CNS photo/Aspyr)

NEW YORK (CNS) — Among the products marketed in connection with the release of writer-director George Lucas’ 1999 “Star Wars” prequel “The Phantom Menace” was the Nintendo 64 game “Star Wars: Episode 1– Racer.” Over 20 years later, this beloved title has received an HD remaster for current consoles. Distributed by Aspyr, it’s a good option for adult Jedi and young Padawans alike.

The low-quality graphics of two decades ago might not have immediate appeal for current gamers, but the entertainment value still holds true. The updated controls, moreover, are a vast improvement over the complicated setup of the original.

Inspired by the movie’s “podracing” sequence, set on the planet Tattooine, the game allows players to choose a persona from more than two dozen characters, including Anakin Skywalker (voice of Jake Lloyd), Dud Bolt (voice of David Jeremiah), Ben Quadinaros (voice of Dominic Armato), and Sebulba (voice of Lewis Macleod). There are over 21 tracks across eight different worlds.

Successful racers must avoid obstacles like Tusken raiders and methane lakes while also trying to keep the pod engine from overheating.

There are several game modes available. In some, players compete against the computer. Another lets racers aim for their personal high score.

Crashing the pod or overheating the engine results in a brief explosion before the player is respawned and allowed to continue the race. These accidents do not involve any gore or depictions of death.

While it’s implied that Sebulba curses during gameplay, his remarks are not translated into English, keeping the actual dialogue vulgarity-free.

The revamped iteration would have benefited from updated graphics and textures, new tracks and more controller options. But the throwback thrill of this pleasant blast from the past is still considerable. And John Williams’ original score enhances the excitement of each race.

“Star Wars: Episode 1 -– Racer” ranks as one of the bestselling games of its genre in history. With this refurbishing, a new generation of players can discover for themselves just why that’s the case.

Playable on PlayStation 4 and Nintendo Switch.

NEXT: Timely but lopsided, ‘Antebellum’ reveals wounds old and new