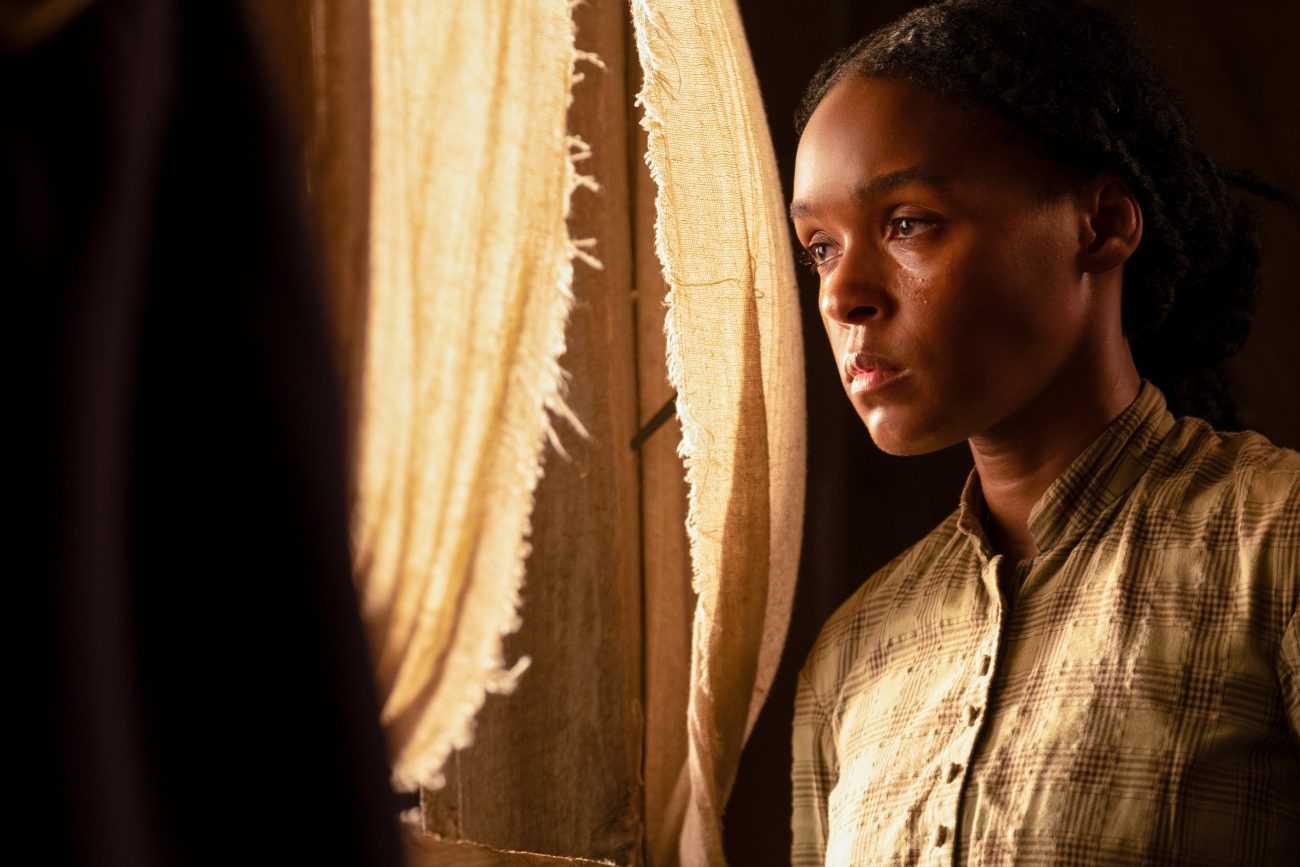 NEW YORK (CNS) — Far-fetched and ham-fisted, the grim fantasy “Antebellum” (Lionsgate) is marked by an outlook on timely racial issues that lacks both balance and a humane spirit.

Written and directed by Gerard Bush and Christopher Renz, the film also is tainted by a pursuit of revenge that viewers committed to Christian values will recognize as appealing to its audience’s worst impulses.

The complexly presented story can be divided into three distinct phases. At first, the movie seems to a historical drama centered on the horrific experiences of Eden (Janelle Monae), an enslaved woman on a Louisiana cotton plantation. Like her two most prominent peers, Eli (Tongayi Chirisa) and new arrival Julia (Kiersey Clemons), Eden yearns for freedom but fears the consequences of trying to run.

Later, Eden’s sufferings appear to have been no more than an extended nightmare in the mind of Veronica Henley (also Monae), a present-day social justice activist. But the plot takes a subsequent turn designed to make “Antebellum” a gloss on contemporary political divides.

The picture abounds in villainous whites. They range from the plantation’s brutal owner, known only as “Him” (Eric Lange) and its equally sadistic overseer, Confederate officer Capt. Jasper (Jack Huston), to the modern minor characters who continually assault Veronica with microaggressions.

To this ensemble, the only contrast posed comes in the person of Veronica’s pal Sarah (Lily Cowles), who doesn’t get much screen time.

The script uses Veronica as a mouthpiece to preach about the evils of economic inequality. Her credibility in this regard, however, is more than a little undercut by the fact that, whether at home or on the road, she enjoys a lifestyle abounding in luxury. Witness the morning visit to her sprawling high-floor New Orleans hotel suite by her private yoga instructor.

Bush and Renz also laboriously work through a checklist of “woke” topics, from the pernicious influence of Confederate flags and monuments to the importance of historically black colleges and universities. Thus we duly learn that Veronica donates a percentage of her earnings to HBCUs. Check.

On a moral level, Bush and Renz engage in the old game of setting up antagonists so profoundly wicked that the audience can delight when they meet a nasty, violent end. In the present instance, the effect of this is somewhat mitigated by the fact that it unfolds within the context of enslaved people endeavoring to escape bondage. But cheering the death of a sinner is never an ideal form of entertainment.