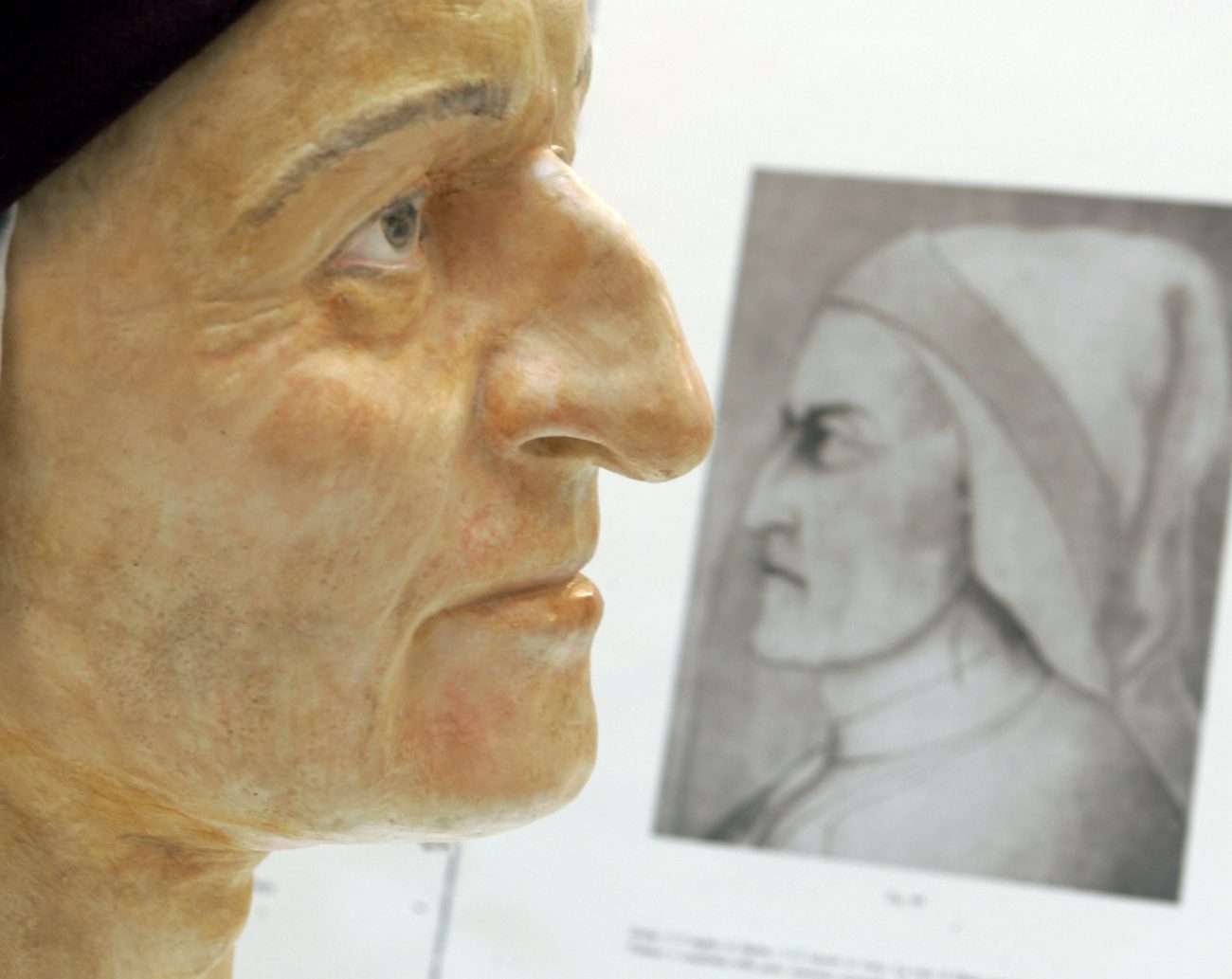 A bust of Italian poet Dante Alighieri is seen next to an etching of him at the University of Bologna in Ravenna, Italy, in this January 16, 2007, file photo. In the runup to next year's 700th anniversary of the death of Dante, Pope Francis said he hopes people can read the Italian poet's "Divine Comedy." (CNS photo/Marco Bucco, Reuters)

VATICAN CITY (CNS) — In the run-up to next year’s 700th anniversary of the death of Dante Alighieri, Pope Francis said he hoped people would read the Italian poet’s work, especially the “Divine Comedy,” which still resonates today.

“Dante, in fact, invites us once again to rediscover the lost or clouded sense of our human journey,” he said in an audience at the Vatican Oct. 10 with a delegation from the Italian Archdiocese of Ravenna-Cervia.

Born in Florence in 1265, Dante played an essential role in Italian literature by writing in the vernacular, not Latin, making literature more accessible to the wider public.

His final work was the Divine Comedy, which imagines an allegorical journey through hell, purgatory and heaven and is considered one of the masterpieces of world literature. It was completed while he was in exile in Ravenna, where he died Sept. 13, 1321, the feast of the Exaltation of the Cross.

In his speech to the visiting delegation, Pope Francis recalled how St. Paul VI in 1965 donated a golden cross to Ravenna to place on Dante’s tomb to mark the 700th anniversary of his birth.

“That same cross, on the occasion of this centenary, will shine again in the place that preserves the mortal remains of the poet. May it be an invitation to hope, that hope of which Dante is a prophet,” Pope Francis said.

The pope, who has listed the “Divine Comedy” as one of his favorite works, said he hoped next year’s celebrations would “stimulate us to revisit his work so that, made aware of our condition as exiles, we allow ourselves to be motivated to that path of conversion.”

Dante’s work still resonates with people, especially when students have the opportunity “to approach Dante’s poetry in a way that is accessible to them.”

The pope reiterated St. Paul’s invitation “to be enriched by his experience to pass through the many dark woods still widespread in our land and to complete happily our pilgrimage through history in order to arrive at the goal dreamed of and yearned for by every man and woman: ‘the love that moves the sun and all the other stars.'”