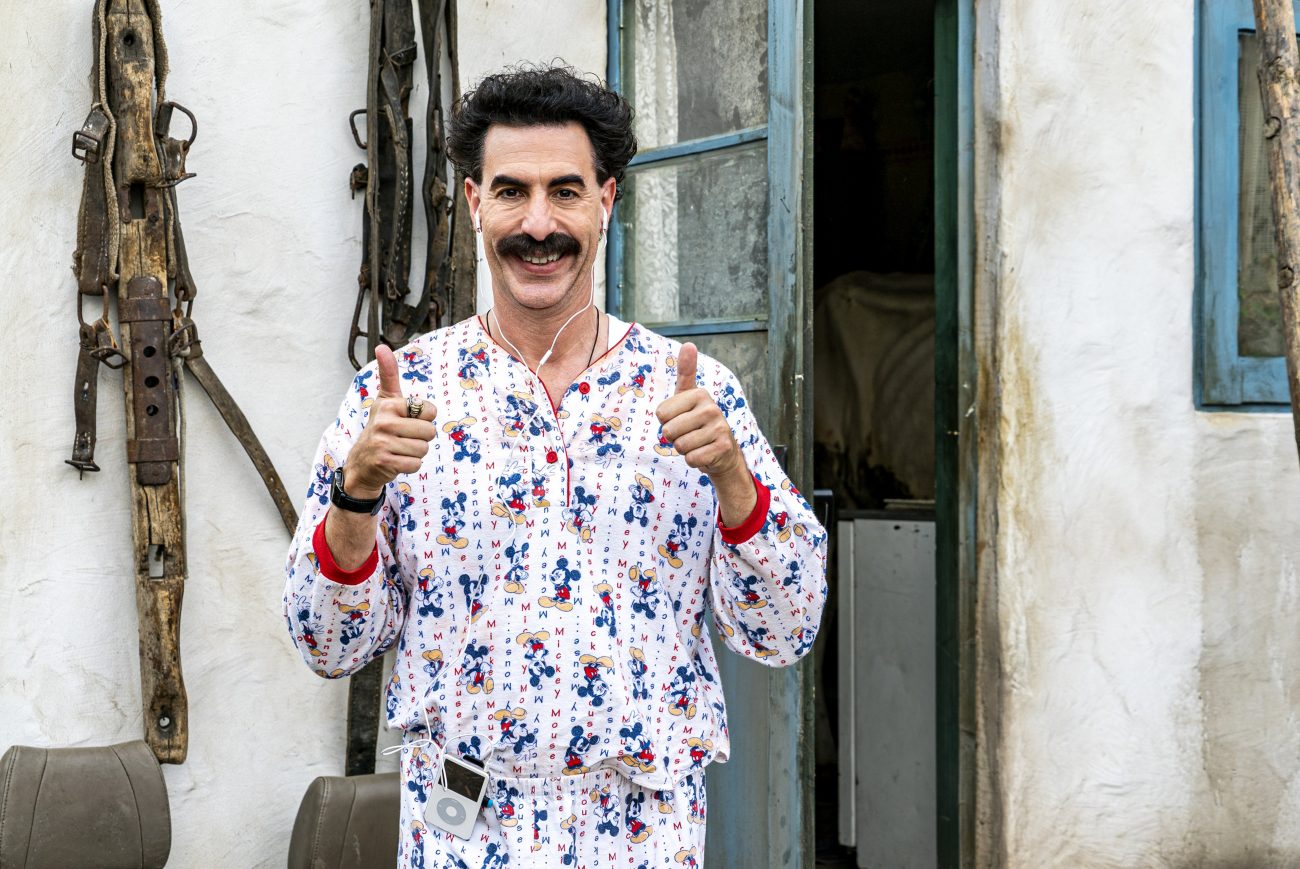 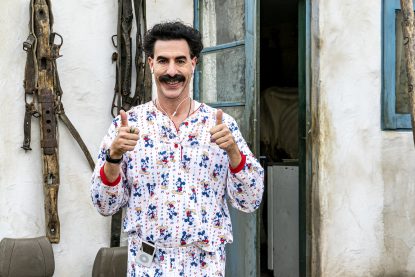 NEW YORK (CNS) — If nothing else, the sequel “Borat Subsequent Moviefilm” (Amazon) has consistency on its side.

In it, British comedian Sacha Baron Cohen reprises his role as Borat Sagdiyev, an irrepressibly cheerful but pixelated Kazakh journalist he first played in 2006. As in that first film, moreover, his alter ego sets off on a cross-country tour of the United States, this time accompanied by his daughter, Tutar (Maria Bakalova).

Predictably, perhaps inevitably, however, the same outlandishly vulgar comedy that marked his first journey makes a comeback as well. As a result, the liberal political satire and mockery of American cluelessness that are presumably the main items on Baron Cohen’s agenda are overwhelmed, under Jason Woliner’s direction, in a welter of tawdry, demeaning jokes, both spoken and visual.

This time, Borat is dispatched by Kazakhstan’s all-too-real dictator, Nursultan Nazarbayev (Dani Popescu) to ingratiate himself with Vice President Mike Pence. Nazarbayev is disappointed at not being included in the ensemble of international strongmen to whom President Donald Trump has, according to the dialogue, cozied up, and he sees pleasing Pence as his entree into this charmed circle.

In a characteristic passage of the script, which Baron Cohen co-wrote, Pence’s controversial policy of not socializing alone with female co-workers is taken as a symptom of his uncontrollable libido. Accordingly, Borat settles on the idea of making Tutar a gift to Pence.

Strewn along the path of Borat’s trek are a variety of ordinary people he ambushes to ostensibly comic effect. They include a bakery clerk who, at his request, unhesitatingly decorates a chocolate cake with the phrase “the Jews will not replace us.”

Another of his victims is a Protestant pastor at a crisis pregnancy counseling center. Tutar has accidentally swallowed the figurine of a baby that adorned a cupcake she asked her dad to buy her at the aforementioned bakery. This is made the basis for an extended scene of talking at cross purposes about the fate of the infant, with Borat giving the impression that he impregnated his daughter.

As though making comic fodder out of abortion and incest were not sufficiently wayward, Baron Cohen also tries to turn the COVID-19 pandemic to his use as well. Such a gambit condemns itself.

A stab at semi-seriousness can be observed in the latter stages of the screenplay as Borat’s attitude toward Tutar undergoes a gradually transformation. He morphs from a monumental misogynist into a caring parent just in time to try to rescue Tutar from the clutches of former New York City Mayor Rudy Giuliani, who has replaced Pence as her targeted seducer.

Like every other glimmer of something worthwhile about the movie, though, this off-kilter version of family solidarity gets lost in the tasteless shuffle.

NEXT: Politics of volatile era, 1968, told in sharp courtroom drama for today