‘Fishbowl’ a slow swim to nowhere 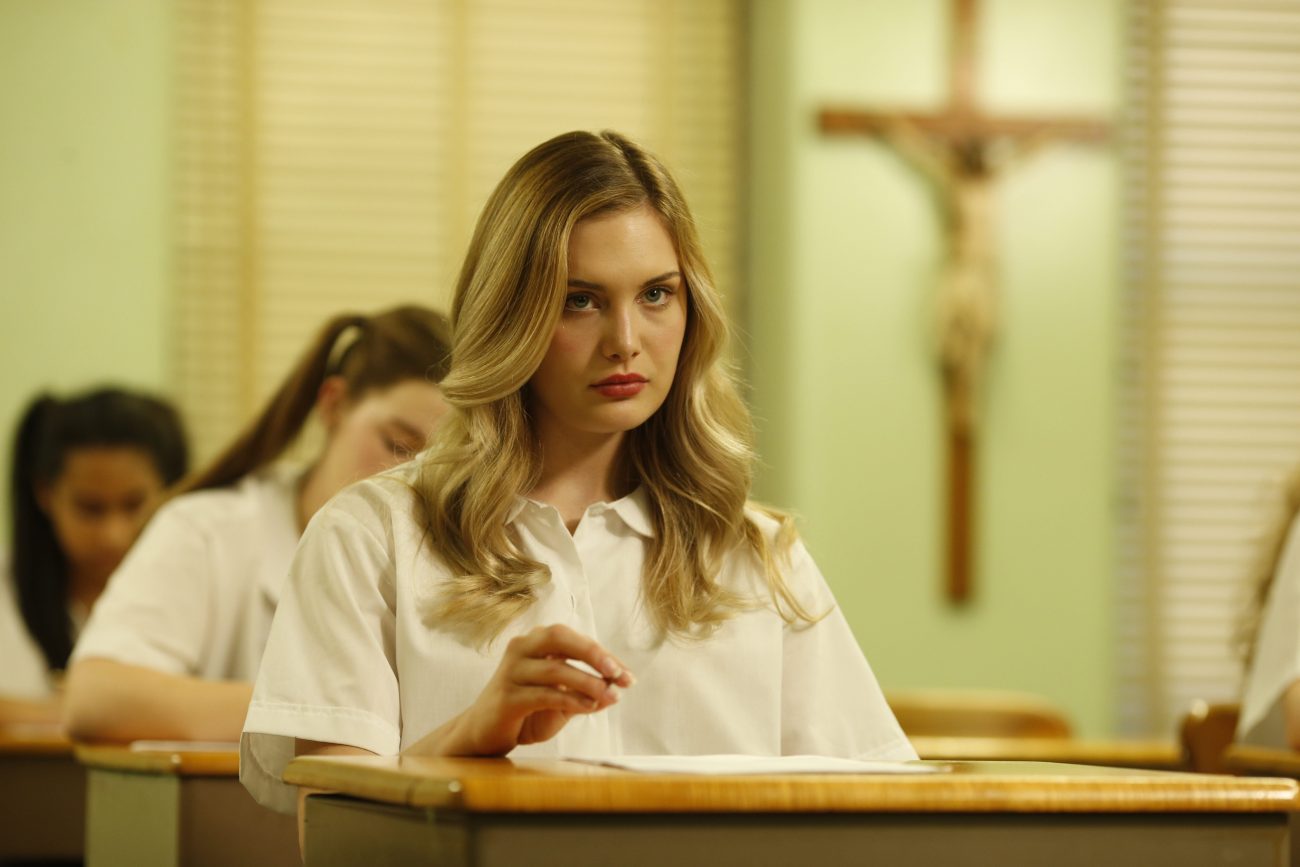 Belle Shickle stars in a scene from the movie "Fishbowl." The Catholic News Service classification is A-III -- adults. This movie is not rated by the Motion Picture Association. (CNS photo/Paul Schiraldi Photography, Gravitas Ventures via Allied Global Marketing)

NEW YORK (CNS) — When a movie’s plot consists of a grieving widower with three teen daughters attending a Catholic high school who becomes obsessed with the end of the world, dealing with spiritual themes would seem to be inevitable.

But “Fishbowl” (Gravitas Ventures), which has the look of a student film, instead hints at the possibility of a trenchant discussion without ever quite getting there.

Directing siblings Alexa and Stephen Kinigopoulos, the latter writing the screenplay with Piero S. Iberti and Maria Stratakis, seem to have had some idea about showing the futility of overzealous religious faith that ignores essential human needs and emotions. Beyond that, more familiar elements are in place: loss followed by grief, alienation, zealotry and, ultimately, insanity.

Teens at the school are shown as cruel. Neighbors snub the family. Dad Rick (Rick Kain) is an alcoholic.

Rick, whose wife died in a traffic accident while he was driving, has other problems as well. The congregants of his family’s nondenominational church, for instance, are suspicious about the circumstances of the tragedy. Jobless, grieving Rick also faces the prospect of having the bank repossess his small home.

Additionally, he has to contend with the struggles of daughters Belle (Belle Shickle), Rachel (Emily Peachey) and Jessa (Caroline Coleman) — the last so traumatized, she communicates only in notes. He finds a respite in religion. Thus, whenever he drives the girls past a church, Rick points to the steeple and asks, “You think that’s just coincidence?”

Rick falls under the spell of televangelist Ron Peltz (Bobby J. Brown) who promises viewers that, for a donation of $1,000, he’ll help them “access the path.” Peltz further predicts the Rapture — when, according to the belief of some Christians, the saved will rise to heaven and meet Jesus — will arrive Sept. 25.

This sets Rick on what he hopes will be the road to salvation. But it turns out instead to be a destructive downward spiral. The sizable contribution having been made, there’s no longer enough money for food.

Rick also becomes puritanical. Throwing a red party dress of Belle’s into the trash, he snarls, “We do not bring Satan into this house!”

Guidance from their high school teachers has little effect on the sisters, who are caught in their own pain and the whirling eddy of their father’s decline. They’re shown to accept this fate stoically, if not sensibly. And viewers are left waiting for an intervention that never arrives.

Rick hopes the Rapture will reunite him with his spouse and make his family whole again. But the community’s scorn and ostracism are powerful forces, too. Thus Belle, in a voiceover, refers to their anonymous Midwestern community as a fishbowl, because “when you climb to the top, you just slide back down.”

Logical flaws make this drama’s plot difficult to embrace, or even comprehend. Some dialogue expressing the inner lives of the characters would have been a great help. As for the depiction of religion, only the gullibility and censoriousness of believers are highlighted.

The film contains a negative portrayal of evangelical Christianity, a scene of marijuana use and fleeting rough language. The Catholic News Service classification is A-III — adults. Not rated by the Motion Picture Association.

NEXT: ‘The Witches’ brews up a spirited mix of Christian faith, sorcery