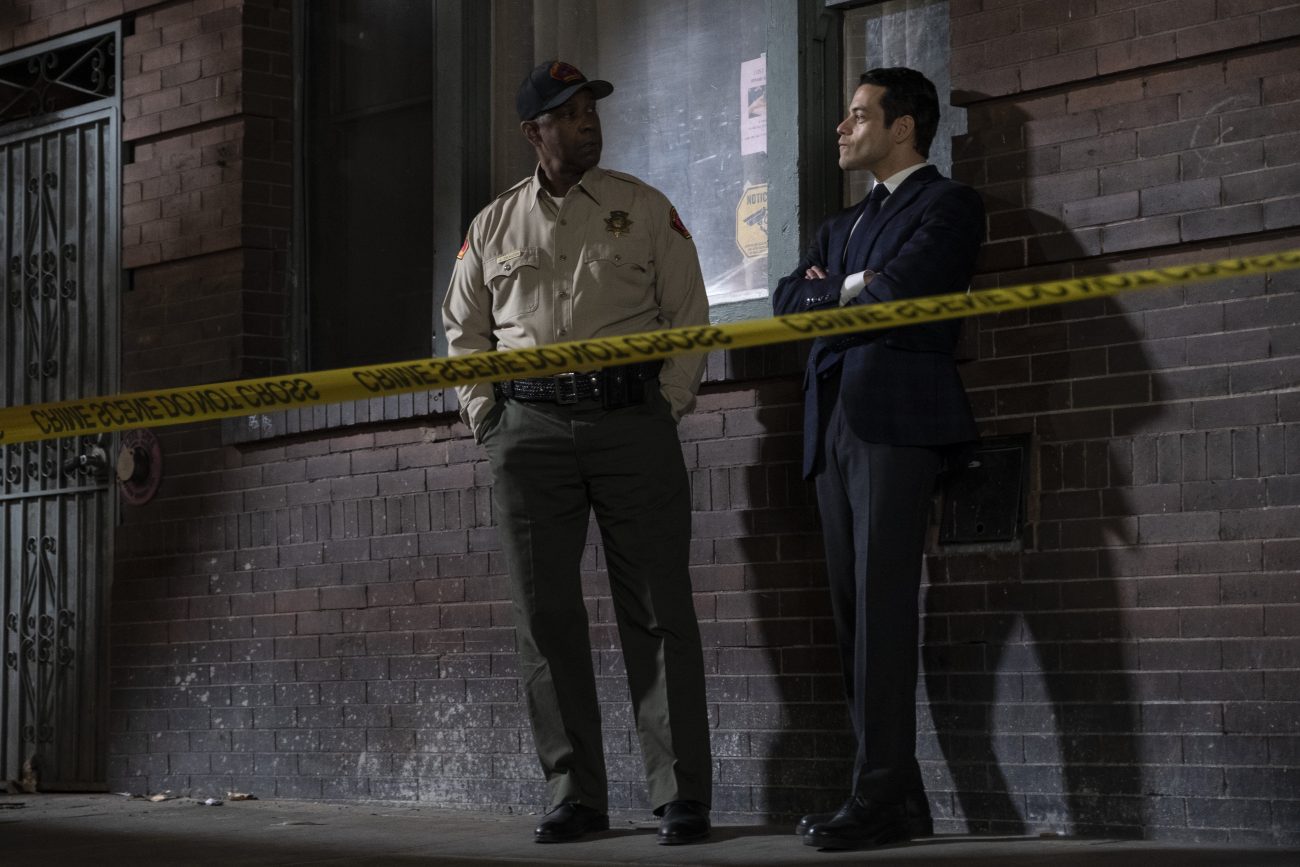 The appropriate audience for his picture, moreover, is severely restricted by its graphic depictions of the aftermath of murder.

Hancock sets his tale in 1990 Los Angeles where a serial killer is preying on young women. Joe “Deke” Deacon (Denzel Washington), a former LAPD officer who burned out over a similar case and now works for a small sheriff’s department, reluctantly makes a brief return visit to the city to retrieve some evidence.

Though he’s greeted with disdain by several of his former colleagues, Sgt. Jim Baxter (Rami Malek), the high-profile lead investigator into the current spate of killings, views Deke as a resourceful veteran. So, with public pressure on him mounting, Jim informally recruits Deke’s help in solving the string of grisly crimes.

The duo eventually focuses on a suspect named Albert Sparma (Jared Leto). An appliance repairman, Sparma is certainly clever and annoyingly eccentric. But proving his guilt turns out to be an elusive goal.

Past and present wrongdoing, from warrantless searches and falsified records to an accidental killing and a momentary outburst of violent exasperation, pile up as the plot unfolds. Hancock’s intent seems to be to ask whether the truth of certain situations can ever be known — as well as to probe to what degree foul means can justly be employed to fair ends.

Leto adeptly treads the knife’s edge in his portrayal of the provoking but not necessarily evil Sparma. Partly as a result of questionable editing, however, at least one crucial event remains obscure to viewers because it’s only glimpsed on screen momentarily and amid confusion. This blunts the overall effect and hampers Hancock’s effort to wrap the audience in the movie’s tangled ethical strands.

Some scattered references to religious faith, both visual and spoken, are worked into the script. But they are never developed in any coherent way.

Perhaps in an effort to emphasize the horrors with which Deke and Jim are dealing, gruesome post-mortem images are repeatedly presented. While these are justified by the context, they are not for the squeamish of any age.