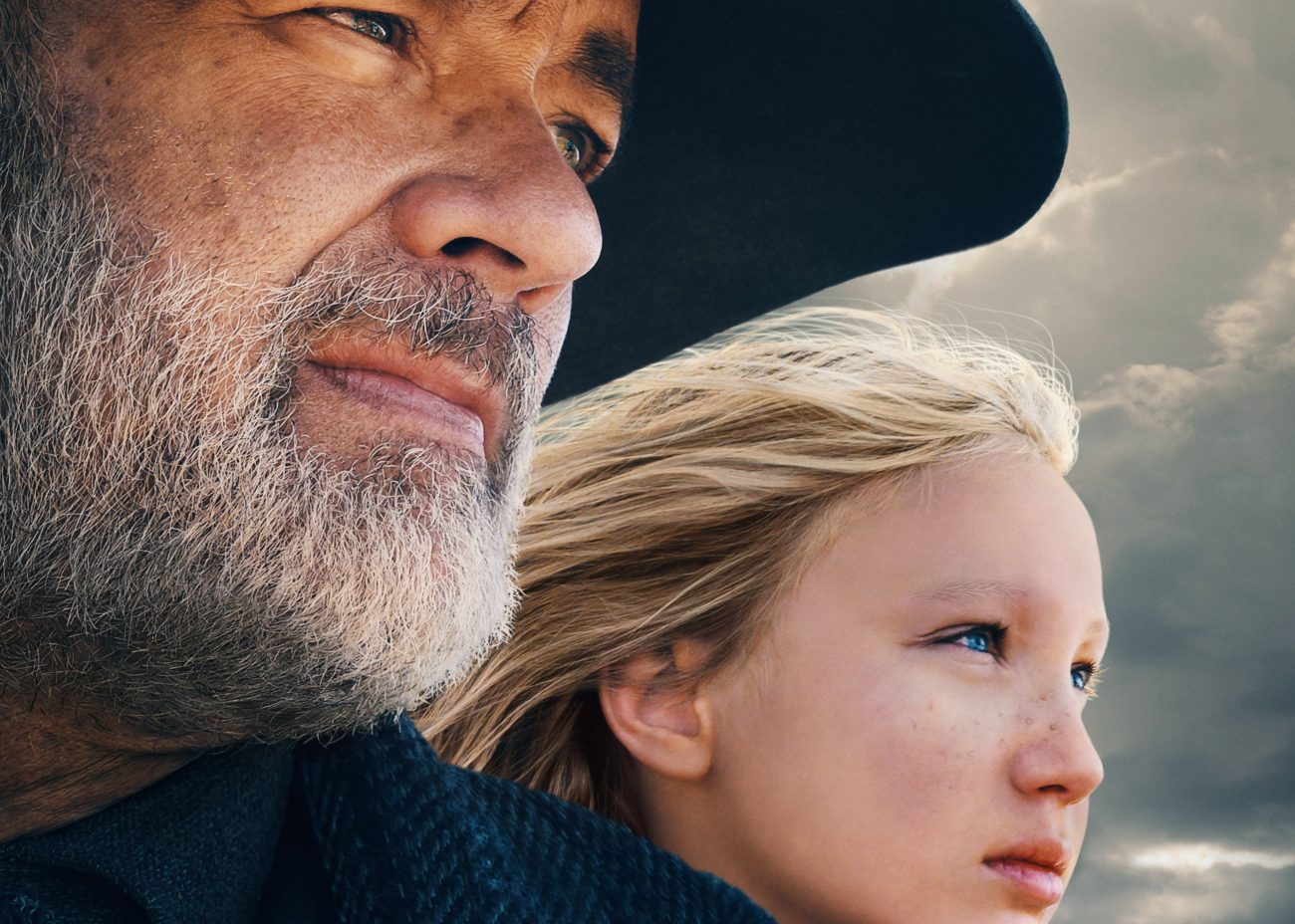 Tom Hanks and Helena Zengel star in the movie "News of the World." The Catholic News Service classification is A-III -- adults. The Motion Picture Association rating is PG-13 -- parents strongly cautioned. Some material may be inappropriate for children under 13. (CNS photo/Universal)

NEW YORK (CNS) — The ethnic, sectional and economic tensions of the Reconstruction era are explored in the epic adventure “News of the World” (Universal).

So, too, is the redemptive bond uniting its two main characters, both victims of personal tragedy.

Director and co-writer (with Luke Davies) Paul Greengrass crafts a visually expansive yet emotionally understated screen version of Paulette Jiles’ 2016 novel. The background presence of some seamy material, however, marks his aesthetically effective film as fare for grown-ups.

Set in 1870 Texas, this is primarily the story of Confederate veteran Capt. Jefferson Kyle Kidd (Tom Hanks). An itinerant entertainer, Kidd earns his living reading newspaper articles from publications both local and far-flung to the residents of isolated small towns.

On one of his journeys, Kidd stumbles across Johanna Leonberger (Helena Zengel), a 10-year-old girl with a grim past and a tenuous future. Kidnapped at age 4 by the Kiowa raiders who killed the rest of her family of German immigrants, she was raised as part of the Kiowa community until soldiers protecting encroaching white settlers made her an orphan for a second time.

Johanna, known among the Kiowa as Cicada, longs to return to her tribe. But the Bureau of Indian Affairs has decreed that she be reunited instead with her only surviving blood relatives, an aunt and uncle who live hundreds of miles away. With no one else showing any willingness to care for Johanna, Kidd reluctantly undertakes to serve as her guardian on what turns out to be a perilous trek.

Among the threats Kidd and his charge confront along their path is that posed by a leering villain known only as Almay (Michael Angelo Covino). Aware of her solitary circumstances, he offers Kidd $50 for Johanna — and threatens to take the child by force if Kidd refuses.

As Kidd, Hanks exudes quiet decency. And Johanna’s plight encapsulates the troubled, ultimately tragic, relations between indigenous Americans and those of European heritage.

Along with Almay’s perverse scheme, however, Kidd’s offscreen encounter with Mrs. Gannett (Elizabeth Marvel), a kindly Dallas innkeeper of his acquaintance whose husband may or may not be dead, puts this bit of potentially informative historical fiction out of reach for youthful viewers.

The film contains considerable stylized violence, implied nonmarital, possibly adulterous, sexual activity, mature themes, including sexual abuse, a few profanities, about a half-dozen milder oaths and a single use each of crude and crass language. The Catholic News Service classification is A-III — adults. The Motion Picture Association rating is PG-13 — parents strongly cautioned. Some material may be inappropriate for children under 13.

PREVIOUS: At the end of the world, ‘Greenland’ is where humanity endures

NEXT: ‘Promising Young Woman’ opts for vengeance in dealing with sexual assault