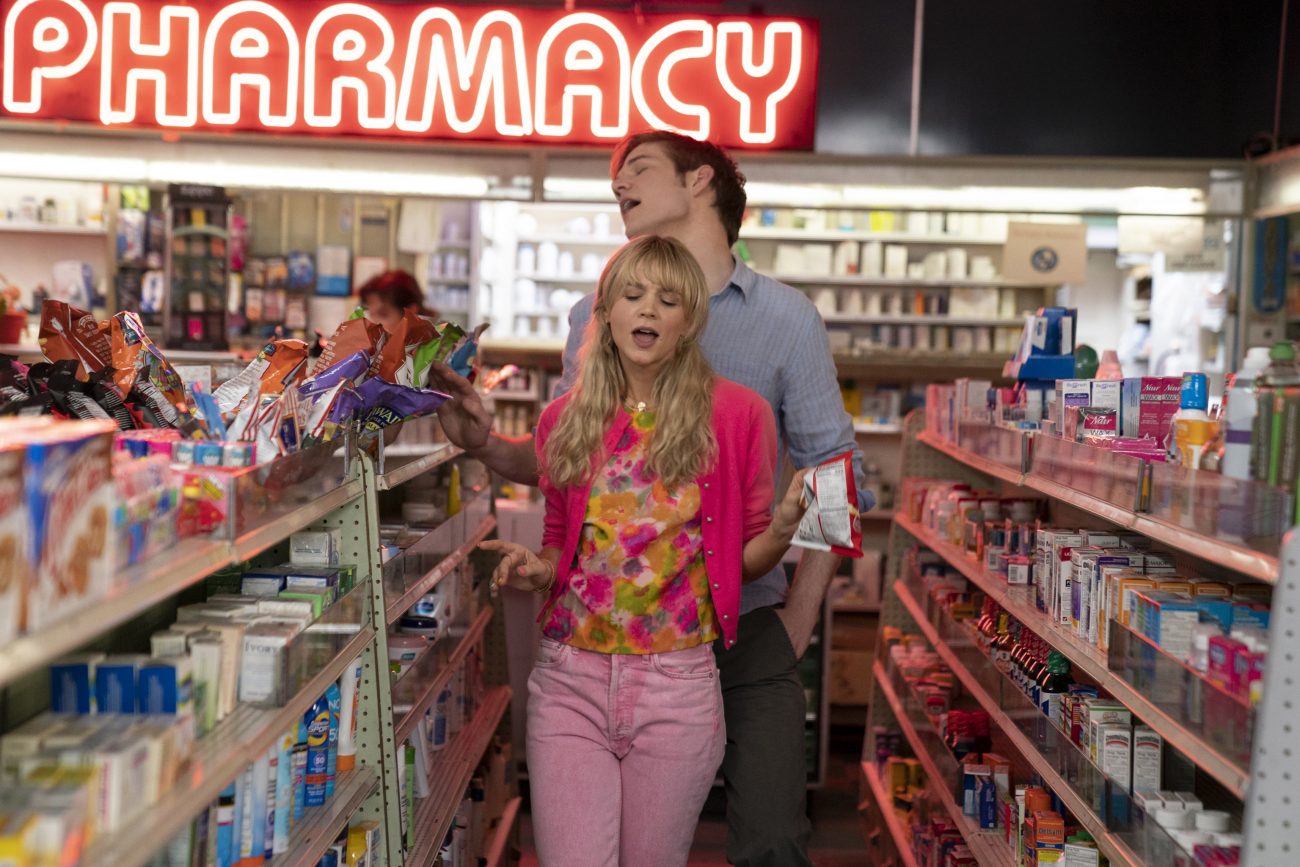 Traumatized and embittered by the sexual victimization of her childhood friend Nina during their time attending medical school together — the ultimate outcome of which, the script implies, was suicide — gifted Cassandra “Cassie” Thomas (Carey Mulligan) has abandoned her ambition to become a doctor. Instead, she works listlessly as a barista.

By night, however, Cassie pursues a dark avocation with all the skill and vigor she fails to apply to her day job. Visiting various watering holes, Cassie pretends to be too drunk to care for herself. In response, one or another of the men around her offers to escort her home. But their seemingly good intentions inevitably turn out to be a cover for their real purpose: to prey on her vulnerability.

The two main perpetrators depicted in the film, Jerry (Adam Brody) and Neil (Christopher Mintz-Plasse), meet differing fates at Cassie’s hands based on their behavior toward her. A notebook she keeps shows that Cassie has played her vengeful trick on scores of others, many of whom she has killed.

After Cassie becomes romantically involved with pediatric surgeon Ryan (Bo Burnham) — another colleague from med school with whom she accidentally reconnects — she considers abandoning her vendetta. But the chance to exact revenge on Al Monroe (Chris Lowell), the physician she holds most responsible for Nina’s death, proves a difficult temptation to resist.

While Fennell invites viewers to take Cassie’s campaign of often-fatal feminism lightheartedly, the underlying message that her targets had it coming remains. Consequently, the important ethical observations the movie makes about sexual assault and its aftermath — as well as about the social attitudes that allow it flourish — are fatally undermined.

PREVIOUS: Tragedies both personal and national collide in ‘News of the World’