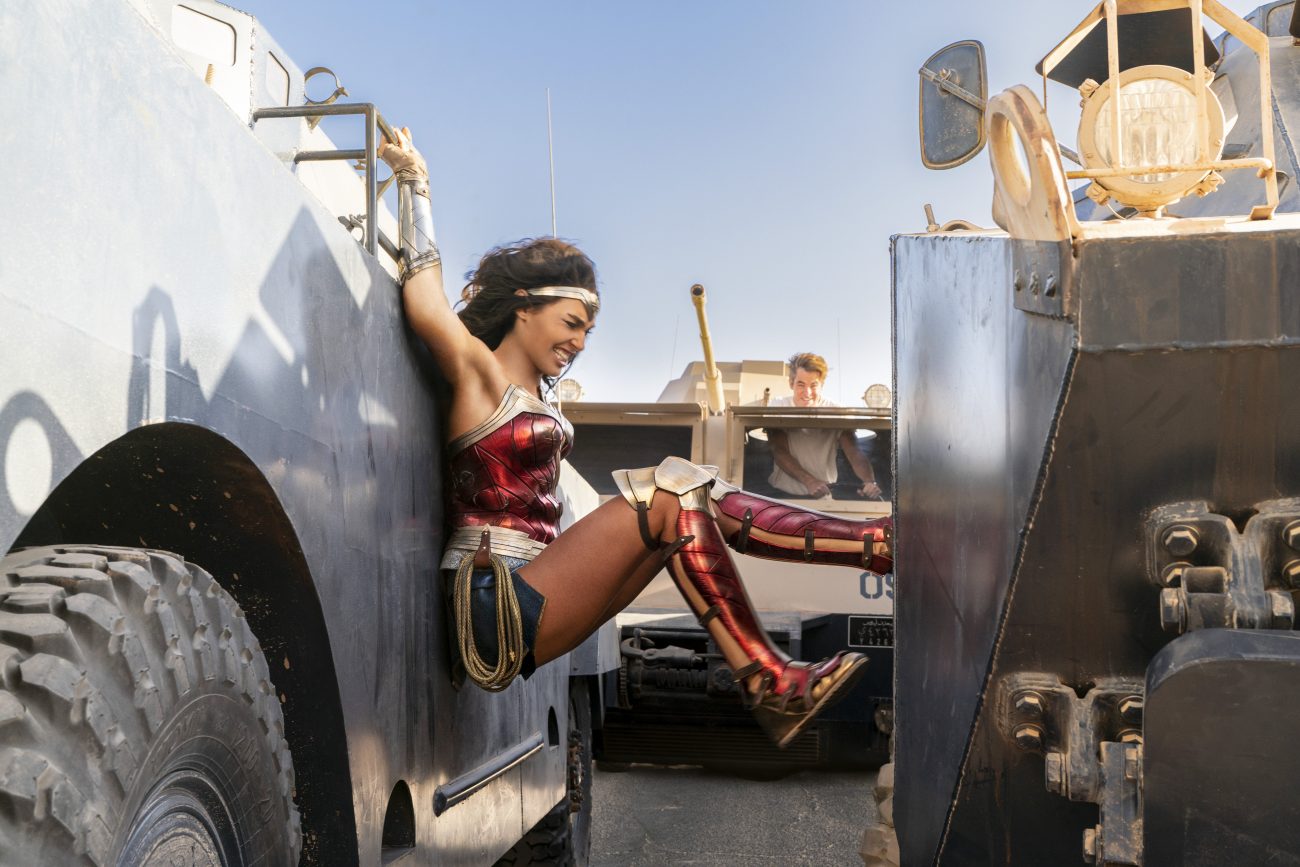 Gal Gadot and Chris Pine star in a scene from the movie "Wonder Woman 1984." The Catholic News Service classification is A-III -- adults. The Motion Picture Association rating is PG-13 -- parents strongly cautioned. Some material may be inappropriate for children under 13. (CNS photo/Clay Enos, Warner Bros.)

Director Patty Jenkins is once again at the helm, and this time has co-written the screenplay with Geoff Johns and David Callaham. Naturally, the plot is silly, at times preposterous. But that’s not unexpected for an old-fashioned popcorn movie, a Saturday-matinee serial writ large.

The action and combat, though bloodless, will be too intense for younger viewers. Mature teens and their parents, on the other hand, will likely enjoy this escapist adventure that conveys good messages about self-sacrifice, helping one’s neighbor and the twin evils of greed and selfishness.

Seven decades have passed since we last saw Diana Prince (Gal Gadot), Wonder Woman’s alter ego, fighting Germans during World War I. Now she works as a curator at the Smithsonian Institution in Washington and, being immortal, hasn’t aged a day.

Much like Superman, her fellow member of the Justice League, Diana transforms into her other self whenever danger calls, rescuing adults and children with aplomb.

At the Smithsonian, she befriends a clumsy and insecure co-worker, Barbara Minerva (Kristen Wiig), who admires Diana’s grace and sophistication. Together they try to unlock the secrets of a mysterious artifact, a magic crystal.

Like Aladdin’s lamp, the crystal has the power to grant the wishes of whoever holds it. Diana yearns to be reunited with her great love, Steve Trevor (Chris Pine), the air ace who sacrificed his life in the last film. Barbara’s desire is to be more like Diana.

Be careful what you ask for. Abracadabra, Steve reappears, inhabiting the body of someone else. And Barbara begins to acquire super-strength and agility, along with a new confidence. Neither she nor Diana realizes, initially at least, that wish fulfillment comes at a high cost.

The requisite villain surfaces in Maxwell Lord (Pedro Pascal), a cross between the “Wall Street” franchise’s Gordon Gekko and a corrupt televangelist. His get-rich-quick schemes are floundering until he steals the crystal. Suddenly, nothing is out of his reach.

Newly empowered and consumed by greed, Maxwell takes to the airwaves. “Welcome to the future,” he proclaims. “Life is good, but it can be better. Everything we’ve ever dreamed about is right at our fingertips.”

Needless to say, the wishes of most are not noble, and chaos erupts while Maxwell corners the world’s oil supply. Barbara joins him as she embraces her animal instincts — literally — as the “Cheetah” of comic-book lore.

“Wonder Woman 1984” relies on the familiar formula of a megalomaniac seeking global domination and the superhero determined to stop him. In this case, with a very large, angry cat thrown into the mix for good measure.

NEXT: Funny, entertaining ‘Soul’ a bit too thin