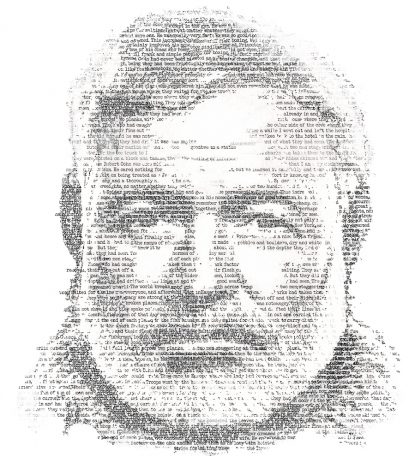 NEW YORK (CNS) — No one can accuse celebrated documentarian Ken Burns of being a slacker. The biography “Hemingway,” co-directed with his frequent collaborator Lynn Novick, is the 67-year-old’s 31st feature-length work.

Nor does Burns typically make films on a modest scale. His 2019 chronicle “Country Music,” for instance, had a running time of 16:30 — that’s hours and minutes, mind you — and aired on public television in eight installments.

At first glance, then, “Hemingway,” which debuts Monday, April 5, 8–10 p.m. EDT on PBS and lasts a mere six hours, may not appear as ambitious as the auteur’s other efforts. Yet it’s his most extensive portrait of an individual, two hours longer than 2001’s “Mark Twain.”

As exhausting as it is exhaustive, this deep dive into the life of the vastly influential — and still-controversial — Hemingway continues nightly in the same time slot through Wednesday, April 7.

The inclusion of a lingering shot of Hemingway’s first wife, Hadley Richardson, photographed nude from the rear, moreover, feels gratuitous. So, too, do descriptions of the writer’s amorous role playing with his fourth wife, Mary Welsh.

Additionally, the discussion of Hemingway’s short story “Hills Like White Elephants,” in which the protagonist pressures his paramour to have an abortion, will prove unsettling for Catholic viewers, despite the tale’s ambiguous ending.

Still, overall, Burns and Novick’s profile — though far from family-friendly — is, predictably, substantial and informative.

Indeed, the signature elements that make Burns’ films so rewarding are all present. Writer Geoffrey C. Ward and veteran character actor Peter Coyote, who narrates, are both longtime Burns collaborators. Each skillfully enhances the story.

To their work are added voiceovers from an impressive lineup of performers, including Keri Russell as Richardson and Patricia Clarkson as Hemingway’s second wife, Pauline Pfeiffer. Mary-Louise Parker plays Welsh while Meryl Streep takes the part of the author’s third spouse, Martha Gellhorn.

But it’s Jeff Daniels as the novelist who really stands out. The quality of his voice, its timbre and cadences feel pitch perfect. Its power and resonance sustain the program even when the audience may be tempted to let their attention wander.

Burns and Novick take a traditionally linear approach to their story, beginning with Hemingway’s birth July 21, 1899, in the Chicago suburb of Oak Park, Illinois.

According to literary scholar Paul Hendrickson, it was from his father, Ed, that the writer inherited “his primal feeling for the beauty of nature,” a sensitivity first awakened during a childhood visit to his family’s summer home in Windermere, Michigan. Ed also handed down the depression and paranoia that eventually led to Hemingway’s untimely demise.

At the age of only 17, the future author became a cub reporter at The Kansas City Star. It was there, Ward’s narrative informs us, that he learned from the paper’s style sheet to “use short sentences. Use short paragraphs. Use vigorous English.”

This apprenticeship encouraged the neophyte to hone the prose style which, in Ward’s words, “pared storytelling to its essentials” and thereby “remade American literature.”

Yet nothing did more to shape Hemingway’s outlook than his experience as a Red Cross ambulance driver during World War I. Injured by shrapnel, he suffered the first of the numerous concussions that would sap his mental and physical health.

“His fascination with death,” Ward observes, was “the single dark thread” that ran throughout Hemingway’s life and work. It drove him to cover the Spanish Civil War and World War II as a correspondent. It also informed his obsessions with big-game hunting and bullfighting.

“Hemingway” is at its best in assessing its subject’s literary reputation. Refreshingly, Burns and Novick encourage disparate views — of which there’s clearly no shortage.

Peruvian novelist Mario Vargas Llosa, for instance, thinks the 1952 Pulitzer Prize-winning novel “The Old Man and the Sea” is a “masterpiece.” Irish novelist Edna O’Brien, by contrast, finds it the work “of a schoolboy.”

When the focus turns to Hemingway’s personal life, however, six hours turns out to be a long time to spend in the company of a colossal jerk. Hungry for fame, Hemingway fabricated outlandish stories to promote himself. More gravely, he not only cheated on his wives incessantly, he often beat them.

Aficionados of the writer’s professional heritage may gravitate to “Hemingway.” But others may be repelled by the author’s aggressive machismo and glaring moral transgressions.

Despite the considerable artistry Burns and Novick bring to bear in crafting their profile, the shortcomings of the man himself make this thorough examination of his life a long, depressing slog.

PREVIOUS: Strength of ‘Godzilla vs. Kong’ isn’t the human characters