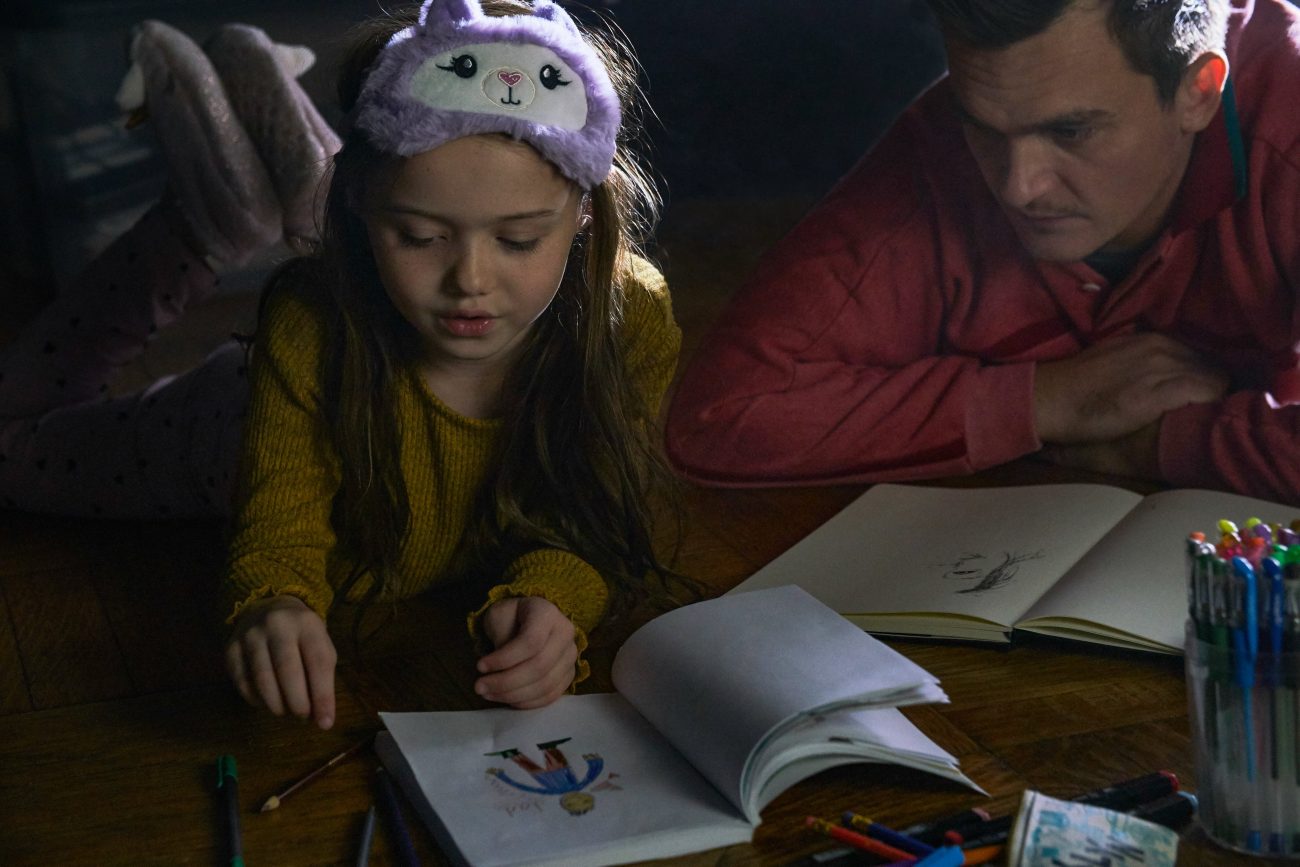 NEW YORK (CNS) — While certainly deserving of a place in the annals of schlock horror, “Separation” (Open Road) fails to secure entree into the pantheon of the genre.

Working from a screenplay by Nick Amadeus and Josh Braun, director William Brent Bell grafts a cringe-inducing domestic drama — in which almost all the interiors are very dark, and everyone behaves badly — onto a ghost story involving haunted puppets.

Leering and grotesque, the toys exhibit a greater emotional range than the humans. The latter are locked in a custody battle and grappling with the aftereffects of a mysterious, violent death.

The story line plays on a number of “bet you didn’t see that coming” elements. But these dissipate the suspense rather than deepen it.

Jenny (Violet McGraw) is a very sad little girl. Her mother, Maggie (Mamie Gummer), an angry lawyer, seeks a divorce from Jeff (Rupert Friend), a comic-book artist whose career has declined since the days when he won popular success with a series called “Grisly Kin.”

No sooner does Maggie, during a phone argument on a Brooklyn street, snarl “She’s mine!” than a speeding vehicle flattens her. Now Jeff has a new opponent in Maggie’s father, Rivers (Brian Cox), who wants to take Jenny with him to a safer life in the suburbs.

Cue the spooky music and bring the denizens of “Grisly Kin” to life to bedevil not only Jenny but her sitter, Samantha (Madeline Brewer), as well.

At one point, a sobbing Jenny asks her father where her mother is, and he replies, “She was raised Catholic, so she’s in heaven.” Or maybe not.

Along with the products of Jeff’s imagination, Jenny is also visited by a larger-scale specter who, it turns out, is Maggie. She’s trapped, we learn, in a spiritual netherworld.

As if possessed by a force beyond his control, meanwhile, Jeff rejuvenates his career with a gloomy new offering. That leaves only the murder to solve, and — unlike Maggie — the viewer will see it coming.

Scenes in which the adults argue loudly either in Jenny’s presence or within her hearing are especially disturbing. Sometimes she’s frightened; at other times, withdrawn.

The overall effect is not pathos, but the afflicting experience of witnessing emotional child abuse. All but the most insensitive movie fans will, accordingly, find “Separation” a trial.

NEXT: The head scratching ethics of ‘Lucy, the Human Chimp’