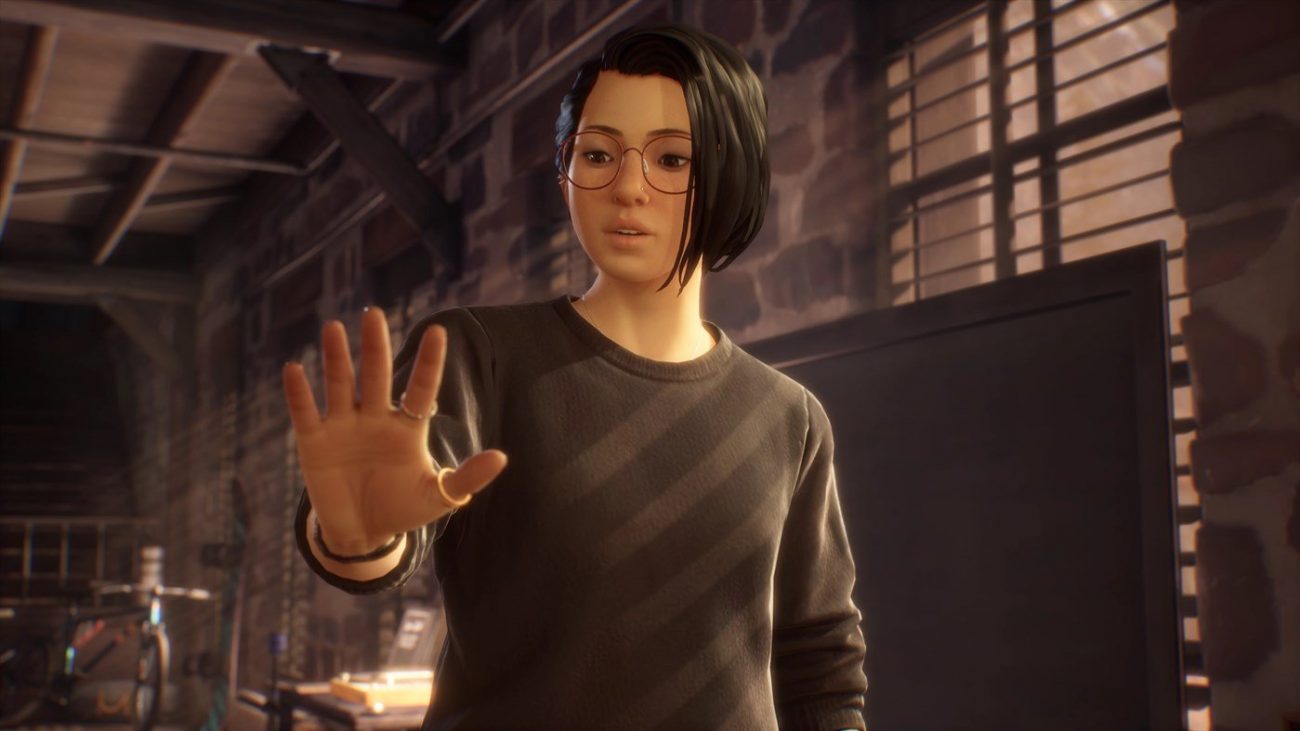 This is a scene from the video game "Life Is Strange: True Colors." The Catholic News Service classification is A-III -- adults. The Entertainment Software Rating Board rating is M - mature. (CNS photo/Square Enix)

NEW YORK (CNS) — When a young woman loses her brother, she must come to terms with his death while also finding her place within a new community in “Life Is Strange: True Colors” (Square Enix).

Alex Chen (voice of Erika Mori), a Chinese American who spent years in the foster care system, accepts her sibling Gabe’s (voice of Han Soto) offer to come live with him in the mining town of Haven Springs, Colorado. Both of their hopes for this new arrangement are dashed, however, when Gabe perishes in a mysterious accident shortly after the move.

This is intended as a contemplative game, so the mechanics lack any challenge. Instead, the focus is on the narrative experience. Unfortunately, grown-up themes and morally unacceptable options make it unsuitable for children and will likely alienate many mature players as well.

Gifted with a supernatural sense of empathy, Alex uses her abilities to understand the townspeople of Haven Springs and to learn more about the suspicious incident that killed Gabe. These special powers come with consequences, though, compelling gamers to think carefully about whether they should be used at all.

Alex can see colorful auras around people which represent their current emotional state. It might be blue if they are sad or red if they are angry. As a result of her compassion, moreover, Alex herself can end up being influenced by the strong feelings of others.

Additionally, Alex can manipulate or even take away troublesome emotions. Thus players are faced with an unspoken ethical question: whether it’s right to remove someone else’s grief or fear.

Some harshly aggressive behavior is portrayed, accompanied by blood on faces or knuckles.

Legal consumption of alcohol and marijuana are depicted in bars and dispensaries. Overindulgence results in negative consequences and the characters appear to learn from their mistakes. Yet it’s difficult to see how any recreational use of a drug can fail to constitute a violation of the virtue of temperance.

Players can pursue a relationship with either of Alex’s two friends, Steph (voice of Katy Bentz) or Ryan (voice of Eric Emery). While the tone of this romance is tame in either case, consisting of some mild flirtation and a possible kiss, the underlying message that the two alternatives are equally valid obviously contradicts Catholic moral teaching.

“True Colors” does inspire reflection on how bereavement and pain can coexist with love and healing. And both Alex and some of those around her set a good example of courage and perseverance. The story also explores the proper balance between community support and self-reliance. It’s a shame that these positive aspects of the game are offset by the misguided interludes described above.

NEXT: ‘The Many Saints of Newark’ prequel probes mobster’s roots