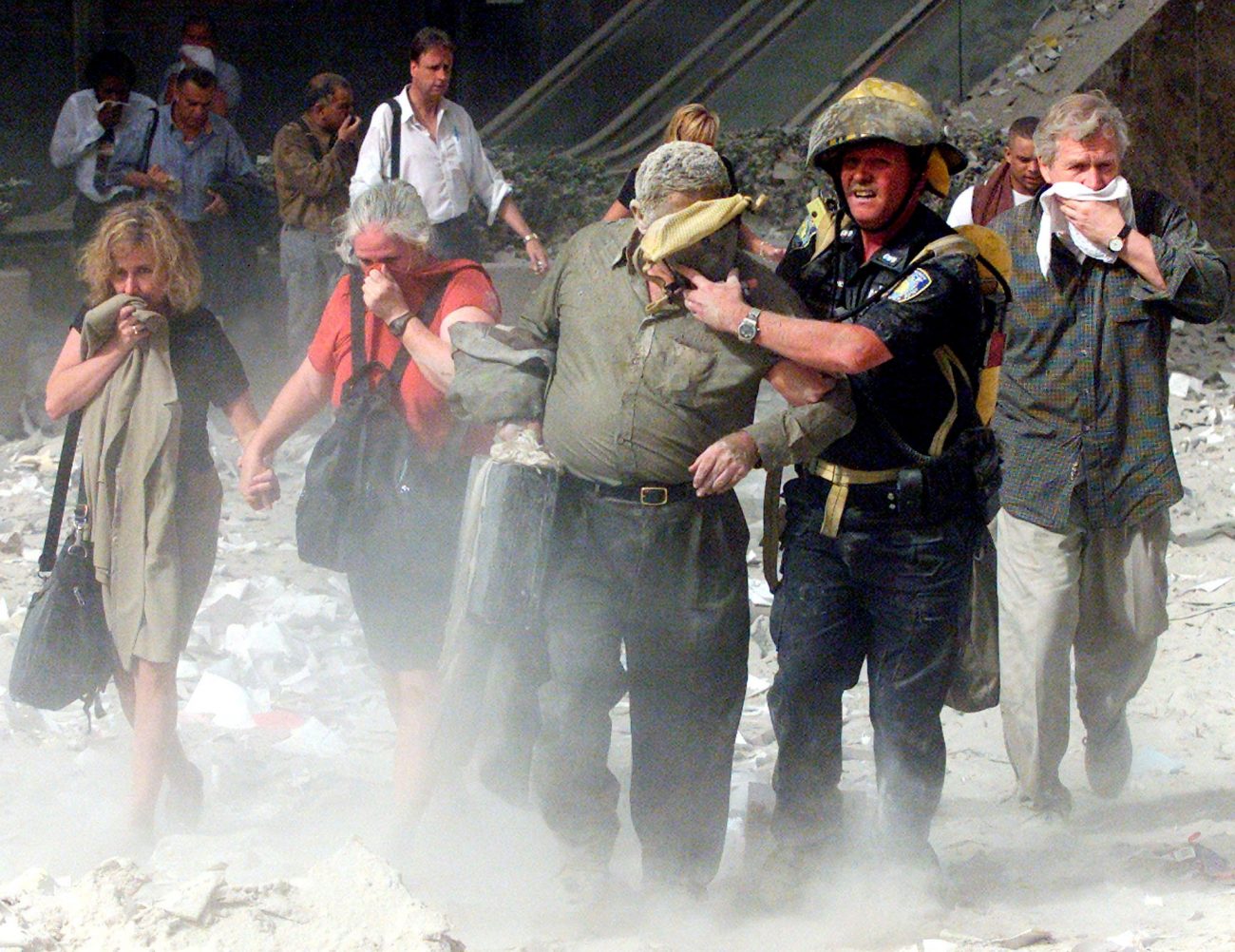 After the Twin Towers fell on Sept. 11, 2001, Jose Zeron remembered smelling “some sort of brick dust.”

“I don’t know exactly what it was, but it was weird, and it was everywhere,” said Zeron, who at the time was an 11-year-old attending St. George’s Ukrainian Catholic School in Manhattan, just two and a half miles away from the deadliest terrorist attack on U.S. soil.

(Read Archbishop Nelson Pérez’s statement on the 20th anniversary of the Sept. 11, 2001 attacks.)

Earlier that morning, four commercial airplanes had been hijacked by 19 Al-Qaeda operatives in a coordinated suicide mission spanning roughly 75 minutes. Two aircraft were flown directly into the iconic North and South Towers of the World Trade Center, and one into the Pentagon in Washington, D.C. The fourth plane, likely intended to strike the U.S. Capitol, crashed into a field near Shanksville, Pennsylvania, after passengers revolted against their captors.

Close to 3,000 persons, ranging from 2 to 82 years old, were killed. New York City lost 441 first responders, while thousands of individuals were injured, with many later developing illnesses related to the toxic debris created by the attacks.

Now a parishioner at Our Lady of Lourdes in Philadelphia, Zeron and his sisters were in class when teachers began “saying something about a plane and the World Trade Center,” he said. “I had no clue.”

Zeron and his siblings waited for their parents nearby, at the house of his younger sister’s friend. With the subways shut down, his father and mother walked from Queens, and in the meantime, the friend’s family took the children up to the roof of their apartment building.

“The mom said, ‘That’s where the towers used to be,’” Zeron recalled.

Before returning home, he and his family went to church.

“It was packed, which was odd to me on a random Tuesday,” said Zeron.

Shock and a call to service

Twenty years ago, Father Mark Tobin was a sophomore in high school when a teacher entered his second period class to advise the instructor of the attacks. 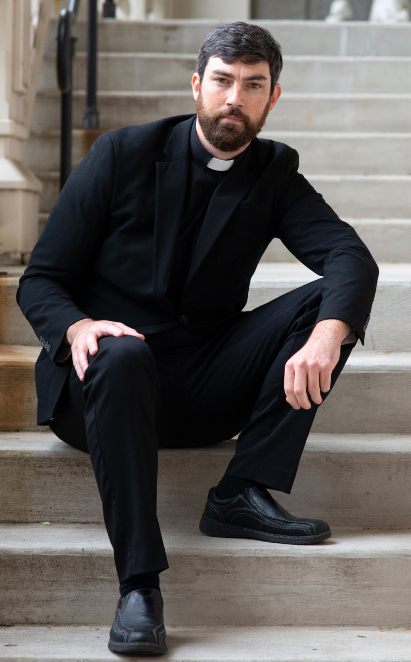 Father Mark Tobin, a former Navy Special Warfare Combatant Crewman (SWCC), said amid the 9/11 attacks and all forms of human suffering, “God doesn’t want to be far from us.” (St. Charles Borromeo Seminary)

“It’s hard to fathom or to put into perspective, but I’d say in some ways it popped our bubble,” said Father Tobin, now a parochial vicar at Mary, Mother of the Redeemer Parish in North Wales. “We lived in a pretty comfortable society, and now we had an attack on our own turf, one that affected people in New York and D.C., not too far from us.”

David Serrano, assistant director of the archdiocesan Office for Young Adults, agreed. Like Father Tobin, he was in high school when the attacks took place, and described “a common sense of shock over what was happening.”

As the news sank in, “uncertainty transformed into a spirit of supporting one another,” said Serrano. “You asked, ‘How are you doing? How are you dealing with this?’”

For the future Father Tobin, the attacks affirmed an emerging call to military service. After graduating from high school, he enlisted in the Navy and became a Special Warfare Combatant Crewman (SWCC), with two six-month deployments in Iraq between 2006 to 2009.

“I would have joined the military regardless, but I definitely think 9/11 gave me a sense of the country being in need and of me having to serve,” said Father Tobin. “There are things worth protecting.”

A deeper problem, and ‘God’s great passion for us’

While 9/11’s impact on national security, civil liberties, travel regulations and Western perceptions of Islam can be clearly identified, assessing the tragedy’s long-term effects on younger generations is less straightforward.

Ten years after the attacks, psychologists Nancy Eisenberg and Roxane Cohen Silver concluded “there is still much to be learned” about how 9/11 shaped the development of children and adolescents. Last week, a Pew Research survey found “9/11 remains a powerful memory for Americans – but only for adults old enough to remember.”

The recent U.S. withdrawal from Afghanistan, after a two-decade war sparked by 9/11, has highlighted the mixture of sorrow, weariness and resignation with which Americans of all ages now regard the ongoing reality of terrorism.

In addition, a crisis of homegrown gun violence in the years since 9/11 has shifted the focus to domestic threats. Back in August 2019, the two chairmen of the 9/11 Commission — former Republican New Jersey governor Tom Kean and Lee Hamilton, a former Democratic congressman from Indiana – called for a bipartisan look at mass shootings.

However, they also noted that political polarization would likely frustrate such an undertaking, as it had their landmark investigation. 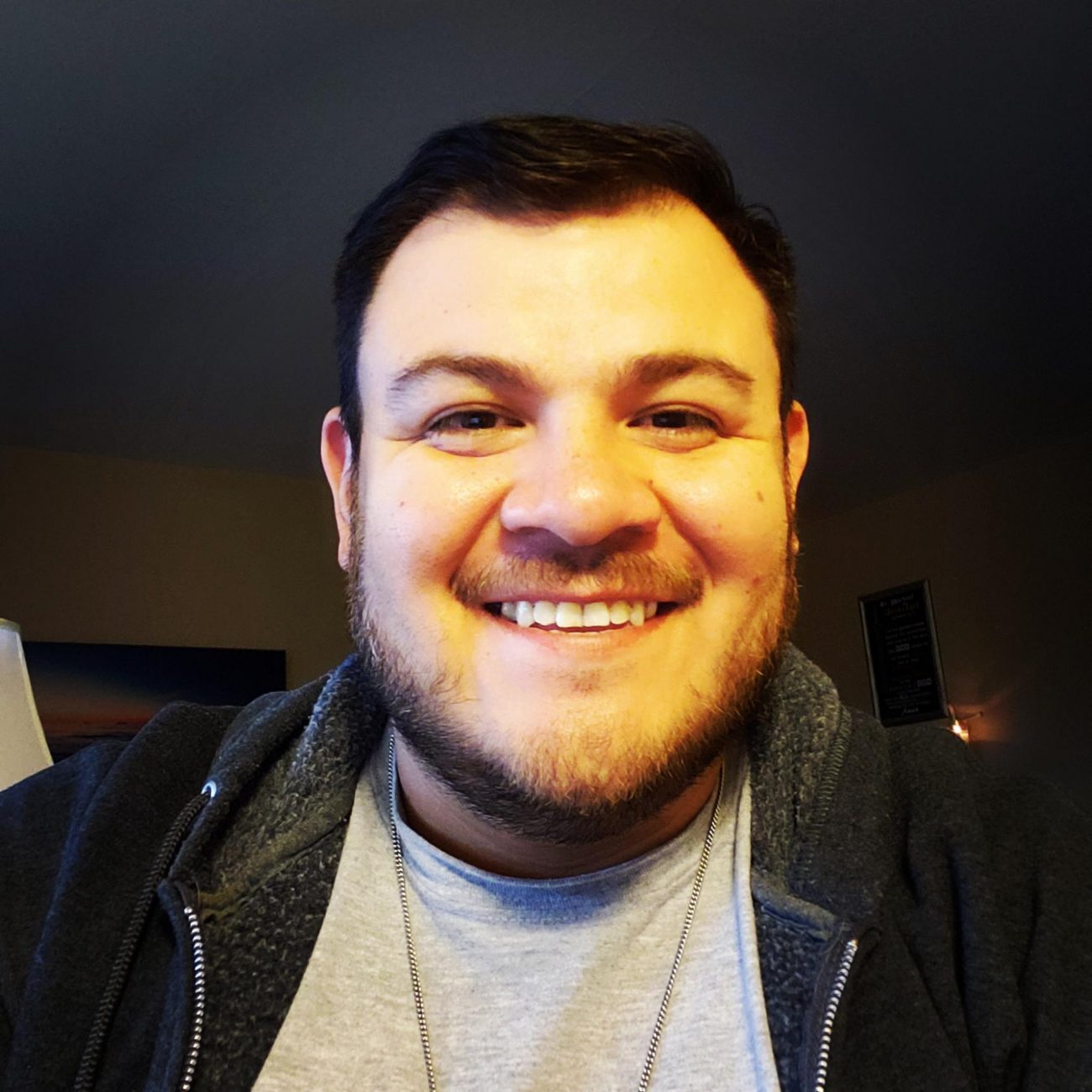 David Serrano, assistant director of the archdiocesan Office for Young Adults, said mass shootings and other forms of violence cannot be “normalized.” (Courtesy of David Serrano)

“It just seems like the country doesn’t know what to do,” Kean told USA Today.

“We cannot normalize the shootings,” he said. “We constantly have to speak up and speak the truth about the issues of this generation.”

For Zeron, such violence points to a more fundamental problem.

“My sense is that this country is very ill,” he said. “Its understanding of itself and its people is completely off, and it’s not a reflection of what as Catholics we know from the teachings of the church.”

“Imperialistic hubris” abroad and social isolation at home are fraying the fabric of both the local and global community, said Zenon.

That’s why faith in God is more essential than ever, said Father Tobin.

“Our strength is God’s great passion and desire for us,” he said. “Even in the midst of all the suffering, there are still so many signs of God’s goodness.”

Christ’s death and resurrection reveal that “God doesn’t want to be far from us,” said Father Tobin. “God shares in our suffering so he can impart to us new life.”

In particular, “meditating on the cross and the Sacred Heart” can provide “a powerful answer to the suffering of our culture and our nation,” he said.

Christians are deployed as agents of peace “armed with the word of God … to fight all the other voices” that oppose the law of love – and they need to face rather than run from the challenge, said Father Tobin.

“Aren’t we always in a battle?” he said. “It’s not easy to be a Christian. For anybody who commits their life to following Christ and picks up their cross, it’s a fight. But we know God is with us.”

NEXT: Schools, parishes mark 9/11 anniversary with prayer and reflection