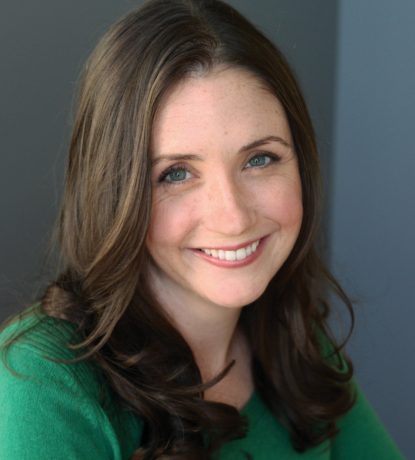 Novelist Julie Courtney Sullivan describes herself as a bit of an outlier in a traditional Irish Catholic family from Massachusetts.

Professionally known as “J. Courtney Sullivan,” the under-40 writer is author of five generally well-received novels that some reviewers have praised for their freshness, character development and poignancy to the times.

Her 2020 book, “Friends and Strangers,” focuses on themes of self-deception, insincere friendships and the pernicious influence of “white privilege” in contemporary affairs.

However, it is three of her four earlier novels that reflect the strong Catholic influence in Sullivan’s fiction.

The 2009 work “Commencement,” outlines the lives and careers of four Smith College graduates: April, Sally, Bree and Celia. As the only Catholic character among the foursome, Celia is clearly drawn from Sullivan’s experience growing up at St. Agatha Parish in Milton, Massachusetts.

Like Celia, Sullivan graduated with a degree in English literature from the notoriously liberal all-women’s school. The experience of a none-too-committed Catholic female graduating from a school noted for its secular feminism bent shines through in the early stages of Celia’s career.

Sullivan’s next two faith-influenced books, “Maine” (2011) and “Saints for All Occasions” (2017) have an unmistakable Catholic flavor, especially as tempered by the Irish American experience.

“Maine” recounts the turmoil of the divided Kelleher family as they return year after year to their beloved cottage in the state. The matriarch of the family, Alice, relishes Catholic tradition and practice over her lifetime, but still exhibits character flaws of narrow-mindedness, exclusion, alcohol abuse and various unconfessed sins.

While faith is not portrayed as a panacea, the book recognizes the central place religion holds for many. It concludes with a tableau featuring Alice praying the rosary in church before Mass begins. “She prayed for her own soul, and for forgiveness for the things she could never undo. Over and over, she said the words that she had learned so long ago, words that had brought her comfort when nothing else could.”

Sullivan worked as a reporter, researcher, fact-checker and occasional columnist at The New York Times prior to turning to full-time writing. These skills come to the fore in “Saints for All Occasions,” which weaves a tale of the Irish Rafferty family’s struggles with infidelity, suffering, deception, thwarted female ambition, and only partial reconciliation over several generations.

In a series of interviews with Catholic News Service, Sullivan discussed the impact of her family’s strong Catholic faith on her writing career. In keeping with the outlier analogy, Sullivan described her almost lifelong faith struggle.

“I wasn’t always a good Catholic, even as a kid,” she said. “My parents would explain things to me, and I would say, ‘No, that doesn’t make sense to me.’ Even as a very young child. I always felt that it didn’t feel very Christian to me how people are excluded,” she said, citing the example of divorced Catholics who remarry without an annulment “not being allowed to receive Communion.”

The institutional church’s response to priestly abuse scandals and support of celibacy and an all-male priesthood were among issues that also dismayed Sullivan as she pursued a writer’s life.

“In my young adulthood, I was really wrestling with the faith. In my 20s, I took no pleasure in making my parents unhappy,” Sullivan added. “I wanted to please them, but I just couldn’t see things quite the same way.”

In the course of her research into “Saints for All Occasions,” however, Sullivan had cause to visit a cloistered convent in Connecticut. The other-worldly experience of the sisters there had a profound effect on her, and she continues to correspond with the cloistered sisters for spiritual refreshment.

During her early 30s, Sullivan discovered that a close family friend has a sister who entered the convent at an early age. She arranged to meet the woman, who eventually became known as Mother Lucia.

“I didn’t know of this woman until I was in my 30s, so it was a key moment to know there is a person who you have known most of your life and she has a sister who is a cloistered nun,” Sullivan said.

Sullivan described the cloister experience in a 2017 op-ed for The New York Times. Titled “Get Me to a Nunnery,” the column tells of the special spirit permeating the convent and its daily regimen.

“At the abbey, even the smallest act is considered an act of devotion, so that every dish washed or loaf of bread baked takes on heightened importance,” Sullivan said in the op-ed. “I couldn’t have understood this as a kid, arguing with the parish priest. But I see it now. There is something powerful about being in the presence of faith when you yourself are doubting.”

Sullivan’s Catholic upbringing was instrumental in her early development as an observer and storyteller.

“There is nothing like a Catholic upbringing to make you fall in love with the power of story. There is so much mystery to it all. It’s an experience of religion that engages all your senses,” Sullivan said. “I can still smell the votive candles and the incense at my childhood parish. I can still see the statue of the Virgin Mary that stood in the back of the church, and the stained-glass windows. I can remember going to Mass on a Sunday, hearing the Gospel read, coming to understand the fundamentals of storytelling in that way. My favorite part was the homily, when the priest lent his own interpretation, usually touching on some modern problem parishioners might be facing in their lives. That interpretation took a familiar story and made it fresh, accessible, useful.”

Sullivan and her family recently moved back to Milton after several years residing in Brooklyn. The author hopes to continue writing as she and her former altar boy husband raise a 4-year-old son and 2-year-old daughter.

“I have so much fondness of certain elements of how I was brought up,” she said. “When I was growing up, the Virgin Mary was a powerful force in my neighborhood, in my family, in my mother’s world. There was a Virgin Mary statue on every lawn, and I still have a statue of the Virgin Mary in my kitchen.”

“My father once said to me that when all is said and done, I am probably the most Catholic person in our family, because part of it is about wrestling with the faith, and no one has wrestled with it in the family like I have.”

Mastromatteo is a writer and editor from Toronto.