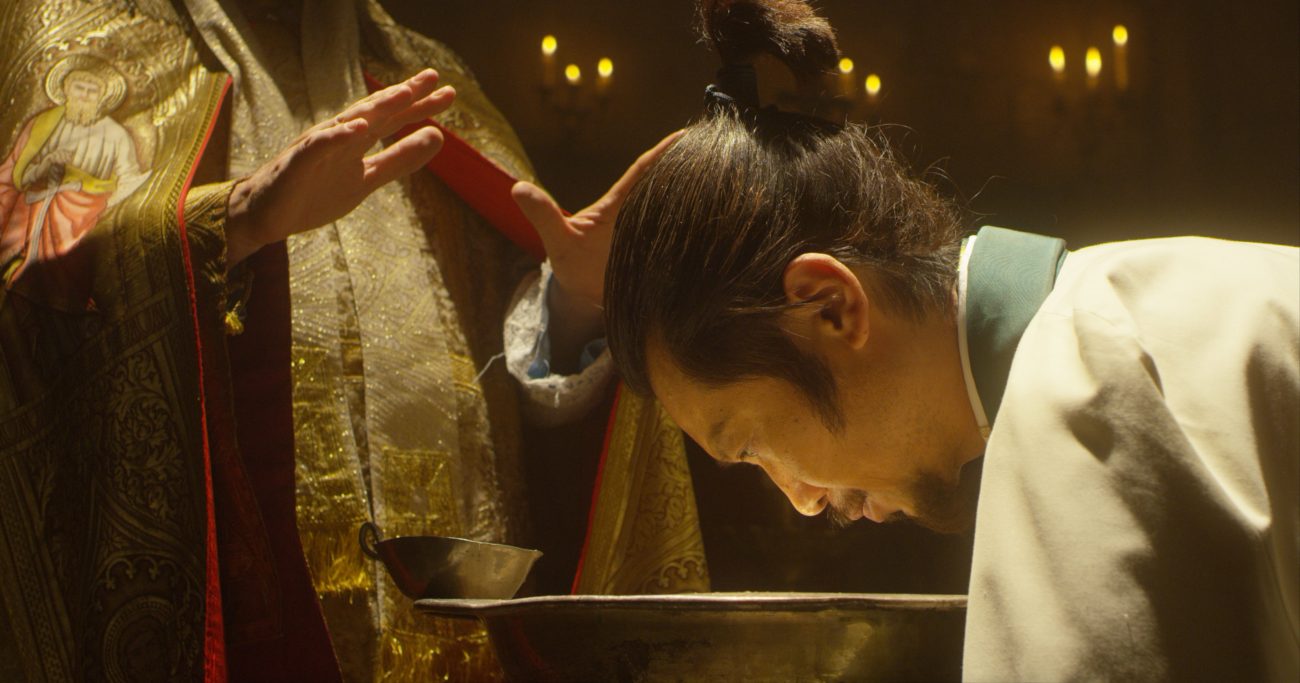 NEW YORK (CNS) — An intriguing but largely forgotten historical incident is skillfully recounted in the documentary “A Samurai in the Vatican.”

Presented as part of the series “Secrets of the Dead,” the film premieres Wednesday, Nov. 17, 10-11 p.m. EST on PBS. Broadcast times may vary, however, and viewers are advised to check local listings.

In the early years of the 17th century, Japanese nobleman Date Masamune was angling for power as his nation transitioned from a period of factious infighting to the more stable rule of the Tokugawa shoguns. As part of his bid for expanded influence, Masamune dispatched two very different ambassadors on a journey that would take them first to Mexico and then on to Europe.

One envoy was samurai Hasekura Tsunenaga. The son of a disgraced official in Masamune’s court who had been forced to commit ritual suicide, Tsunenaga was trying to rehabilitate his family’s reputation by undertaking such a perilous mission for his overlord.

Accompanying Tsunenaga was Spanish-born Christian missionary Luis Sotelo, a Franciscan friar. Fluent in Japanese, Sotelo hoped that his embassy on Masamune’s behalf would bolster the aristocrat’s favorable attitude toward Christianity and perhaps result in his own appointment as a bishop in his adopted country.

Masamune’s goal was to win the approval of the Spanish king, Philip III, for expanded trade between his realm, centered on the northeastern city of Sendai, and the vast territory then known as New Spain. This colony included not only modern-day Mexico, California and much of the Southwest of the United States but portions of Central and South America as well.

To obtain Philip’s consent, Tsunenaga and Sotelo met first with his envoy in the New World, Viceroy Diego Fernández de Córdoba, then with the monarch himself and finally with Pope Paul V. To accomplish all this, they had to cross both the Pacific and the Atlantic, traveling much of the globe and visiting, successively, Mexico City, Madrid and Rome, among other destinations.

The Italian leg of their expedition came about because indecisive Philip, who was uneasy about Masamune’s project, tried to leave a final decision about it up to the pontiff. However, although Paul looked favorably on Sotelo’s religious proposals, he ultimately declined to involve himself in the commercial aspect of the duo’s embassy.

Besides Philip’s dithering, other factors that weighed against the success of the unlikely pair’s venture included the shogunate’s hardening attitude toward Christian proselytism — the faith would be suppressed altogether in Japan not long afterward and the island empire closed to almost all outsiders. Tsunenaga and Sotelo’s trek thus represented, in a sense, the end of an era.

Professor Jesús San Bernardino Coronil, who teaches Asian studies at Spain’s University of Seville, serves as the audience’s principal guide to these events. Other experts who appear include historians, archivists and at least one theologian.

Believing viewers will be especially interested in the final question on which the program focuses: How sincere was Tsunenaga’s conversion to Catholicism, a transformation solemnized by his 1614 baptism? Did the subsequent persecution of the faith lead Tsunenaga, who took the Christian name Felipe in honor of the sovereign to whom he had been sent, to abandon it?

Sotelo’s fate is more clearly established than that of his companion. After returning to Japan in disguise, he was martyred in 1624. He was beatified by Pope Pius IX in 1867.

Mature themes aside, “A Samurai in the Vatican” is free of objectionable material and makes for highly informative and educational viewing. Teens as well as grown-ups will profit from learning about the important episode in diplomatic and religious history the show seeks to rescue from oblivion.

NEXT: Faith learned young has lingering hold on emerging writer