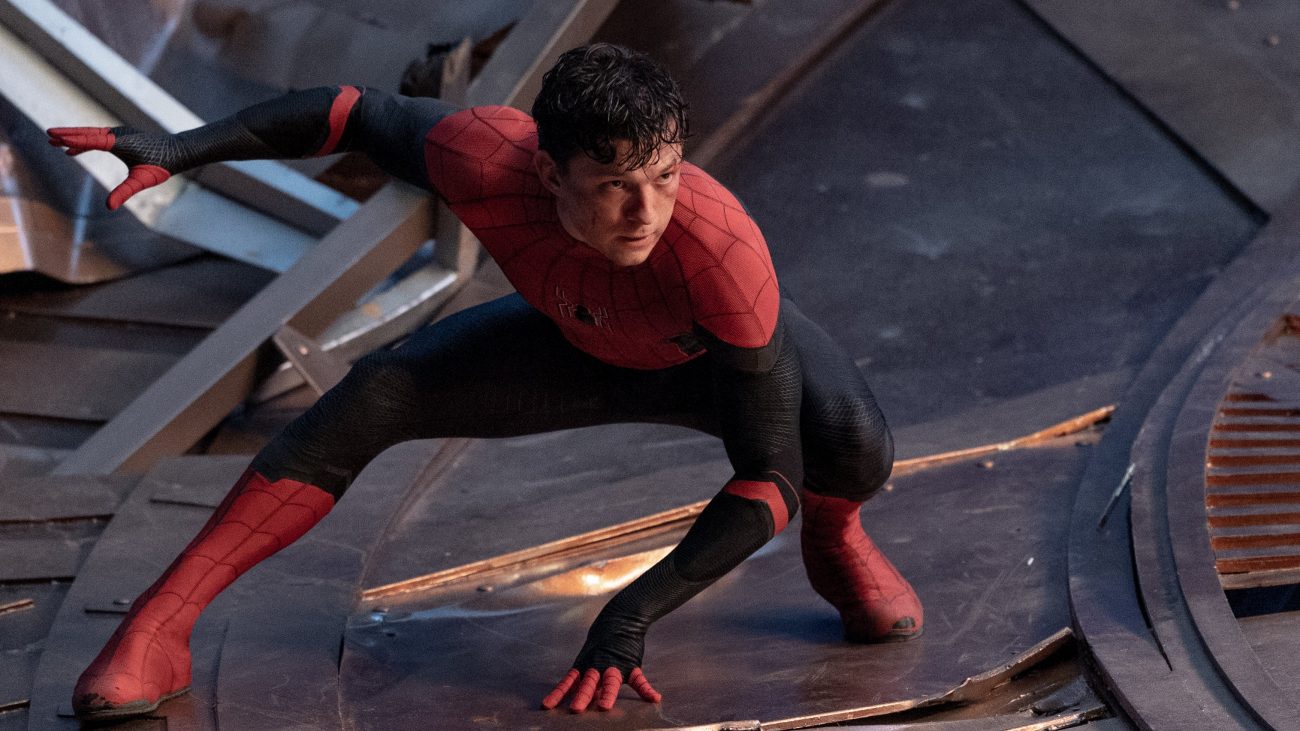 Tom Holland stars in a scene from the 2021 film "Spider Man: No Way Home." The Catholic News Service classification is A-III -- adults. The Motion Picture Association rating is PG-13 -- parents strongly cautioned. Some material may be inappropriate for children under 13. (CNS photo/Matt Kennedy, courtesy Columbia Pictures)

NEW YORK (CNS) — Action, humor and drama are skillfully combined in “Spider-Man: No Way Home” (Columbia), the lavish final installment of a trilogy of films starring Tom Holland as the Marvel Comics superhero.

Pure catnip for fans of the webslinger’s saga, the movie will engross even those less committed to his history and carries sufficient ethical gravitas to make it probably acceptable for older teens.

Opening scenes find the human arachnid’s alter ego, Brooklyn teen Peter Parker, in a pickle. Not only has his secret identity been revealed, he’s also at the center of a raging public debate, fueled by sensationalist reporter J. Jonah Jameson (J.K. Simmons), about whether he’s a crimefighter or a murderous villain.

After this controversy turns out to have a seriously adverse effect on the lives of both his girlfriend, MJ (Zendaya), and his best pal, Ned (Jacob Batalon), Peter — with his previous patron, Tony Stark, dead — turns to sorcerer Dr. Strange (Benedict Cumberbatch) for help. But the wizard’s spell goes awry, and he inadvertently allows a quintet of Spider-Man foes from throughout the multiverse to come to earth.

As these extraterrestrial troublemakers — including Green Goblin (Willem Dafoe), Doc Ock (Alfred Molina) and Electro (Jamie Foxx) — unleash havoc, Peter must weigh whether to send them back where they came from in a manner that could be fatal for them or choose a more challenging, but more humane, alternative. Predictably, he gets solid guidance from his loving guardian, Aunt May (Marisa Tomei).

Returning director Jon Watts serves up giddy visuals and high-budget special effects. Below this glossy surface, meanwhile, co-writers Chris McKenna and Erik Sommers’ script delves into themes of altruism, the desire for revenge and, of course, the great responsibility that attends great power. They do so, moreover, in a way entirely congruent with Judeo-Christian morality.

The value of the life lessons our youthful protagonist learns along the way to a surprisingly poignant wrap-up may sway many parents to allow those in the same demographic to absorb them as well. All the more so since his adventures are virtually gore-free and his heartfelt romance, throughout a series of vicissitudes, refreshingly chaste.

The film contains steady but stylized violence, at least one sexual reference, a single profanity, several milder oaths, a handful of crude terms and occasional crass language. The Catholic News Service classification is A-III — adults. The Motion Picture Association rating is PG-13 — parents strongly cautioned. Some material may be inappropriate for children under 13.

PREVIOUS: ‘Being the Ricardos’ portrays unfunny side of ‘I Love Lucy’