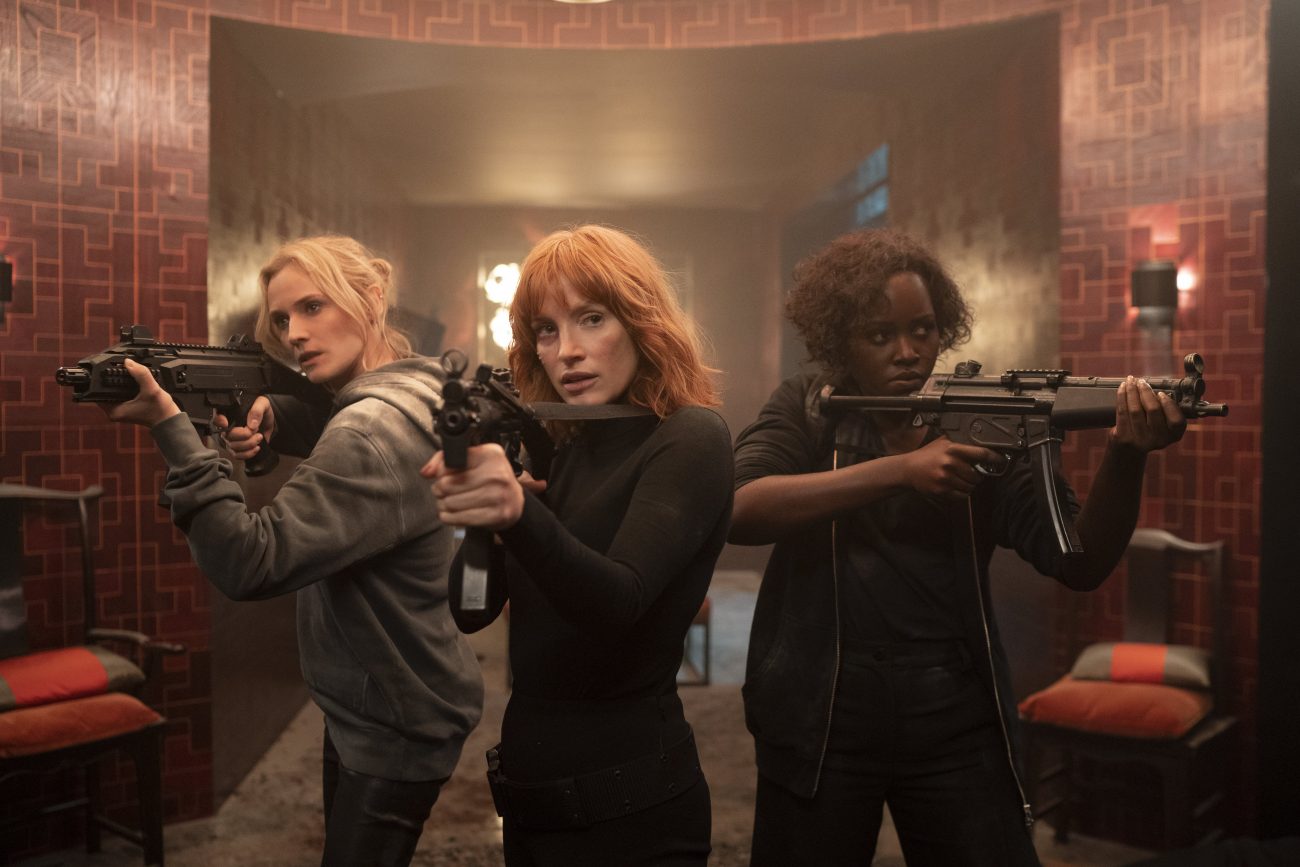 Diane Kruger, Jessica Chastain and Lupita Nyong'o star in a scene from the movie "The 355." The Catholic News Service classification is A-III -- adults. The Motion Picture Association of America rating is PG-13 -- parents strongly cautioned. Some material may be inappropriate for children under 13. (CNS photo/Robert Viglasky, Universal Pictures)

NEW YORK (CNS) — Who needs one James Bond when you can have five Jane Bonds? That’s the premise behind “The 355” (Universal), an entertaining thriller featuring a quintet of lady spies.

Like Ian Fleming, who based his 007 character on a real-life secret agent, “The 355” is similarly inspired, hearkening back to an unnamed female operative in the Revolutionary War. Known only by her code number (355), this colonial spy relayed vital information on British troop movements to Gen. George Washington.

Fast-forward to 2022, and screenwriters Simon Kinberg (who also directed) and Theresa Rebeck honor this legacy with five variations of the heroine, albeit with far more fashion choices, love interests, weapons and exotic locations around the world.

The plot is a familiar one. Global disaster looms when mercenaries acquire a top-secret, pocket-sized cyber weapon that destabilizes technology with a single touch. Recognizing a common enemy, governments from the United States to China unleash their best undercover spies to capture the device.

“They can start World War III from the simple reach of their keyboard,” Mace intones.

In their sights is a fellow spy from Colombia, Luis Rojas (Edgar Ramirez). Luis foiled an attempt by the baddies to sell the device and is on the run, with the weapon in his pocket. His government dispatches comely psychologist Graciela Rivera (Penelope Cruz) to London to bring Luis home.

Fate intervenes, the weapon is lost and Graciela reluctantly joins forces with the female trio as they follow the criminals’ trail across Europe, Africa and Asia.

As “The 355” unrolls at a breakneck pace, viewers may wince at the violence and high body count. But like the best of the Bond films, mindless escapism and grand entertainment are on the menu, a welcome tonic whether shaken or stirred.

The film contains excessive but bloodless violence and gunplay, implied premarital intercourse and one crude word. The Catholic News Service classification is A-III — adults. The Motion Picture Association rating is PG-13 — parents strongly cautioned. Some material may be inappropriate for children under 13.

PREVIOUS: Christmas recipe: Soup for your soul and loved ones

NEXT: Can religion and politics get us beyond the culture wars?