Generosity in action: Crisis unites Hungarians to common cause 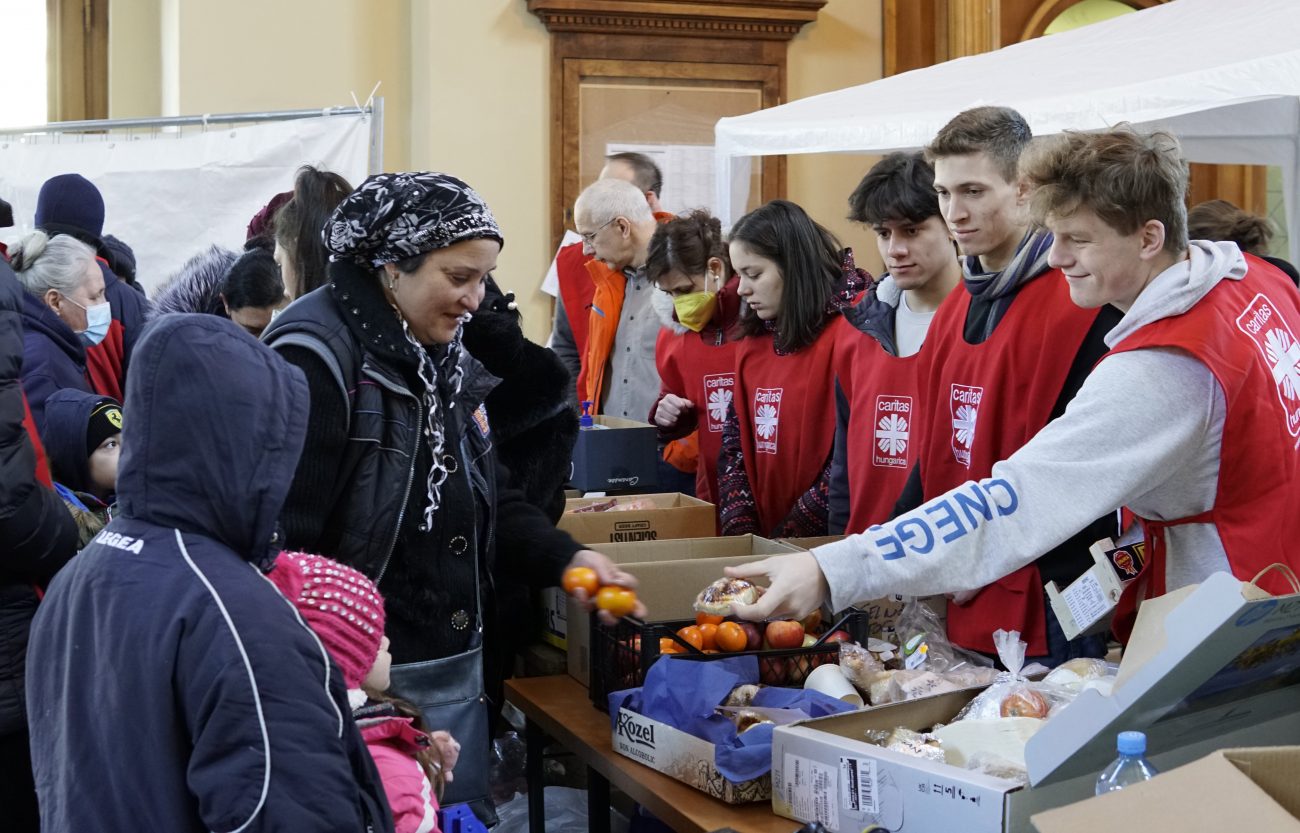 Volunteers from Caritas Hungary give food to people at the Keleti train station in Budapest, Hungary, March 12, 2022. The Knights of Malta and the Red Cross also were participating in efforts to distribute food, supplies, clothing and toys to Ukrainian refugees as well as local homeless and Roma people in Budapest. (CNS photo/Junno Arocho Esteves)

BUDAPEST, Hungary (CNS) — As thousands of refugees from Ukraine continue to cross over the Hungarian border, Budapest’s Keleti train station has become a central hub on their paths to escape violence and search for some sense of normalcy amid the chaos.

For the past two weeks, religious and other charitable organizations such as Caritas Hungary, the Knights of Malta and the Red Cross have distributed food, clothing and other items to the continuous waves of refugees coming through the station, which is always crowded.

The hustle and bustle at the station was no different March 12, as the various charities distributed much-needed food and basic materials not only to refugees from Ukraine, but also to the city’s poor and homeless who arrived at the station seeking help.

“No one is denied help here,” said Mark, a volunteer working at the station for Caritas Hungary, who preferred to give only his first name.

A group of volunteers speedily handed out bags of food and other goods to those who approached. A young Roma girl standing near the table, however, had her eye on a small plush toy but remained silent. Noticing the girl, one volunteer smiled and handed her the toy along with some candy that she happily accepted.

Mark told Catholic News Service that the crisis was far from being a burden for Hungarians who stepped up to help those in need.

Volunteers who offered to help, he said, “have to wait their turn because every job is taken until the end of March.”

“The response from society and from the local Catholic and Christian community has been massive and beautiful,” Mark told CNS. “I am truly proud to be a Christian, not just a Catholic, but among all the Christian realities that have overwhelmingly responded this way.

“There isn’t a fragmented Hungary,” he added. “There isn’t an area of the public that is not committed to this cause.”

Msgr. Tamás Tóth, general secretary of the Hungarian bishops’ conference, said the war in neighboring Ukraine came as “a horrible surprise,” but the country’s bishops “immediately saw that we had things to do.”

Msgr. Tóth told CNS March 12 that the country’s bishops are grateful for the outpouring of financial and material support both Christians and non-Christians have given to the Catholic charitable organizations on the frontlines of the refugee crisis.

“There is a true solidarity that the bishops appreciate so much,” he said.

Msgr. Tóth told CNS that the solidarity the crisis has inspired was noticed by Canadian Cardinal Michael Czerny during his March 9-11 visit to the country. The cardinal, he recalled, “told us that the welcoming of the refugees was very well-organized.”

Cardinal Czerny, he said, “saw that there was a collaboration here by our people and said that a situation of crisis like this can truly bring about so much kindness and benevolence from the people. He really appreciated how many have offered to help.”

The cardinal also raised an alarm about the possibility of the refugees — mainly women and children — becoming victims of human traffickers. Msgr. Tóth said Catholic aid workers had not heard of any cases of trafficking, but they were prepared to coordinate with civil authorities if instances arise. 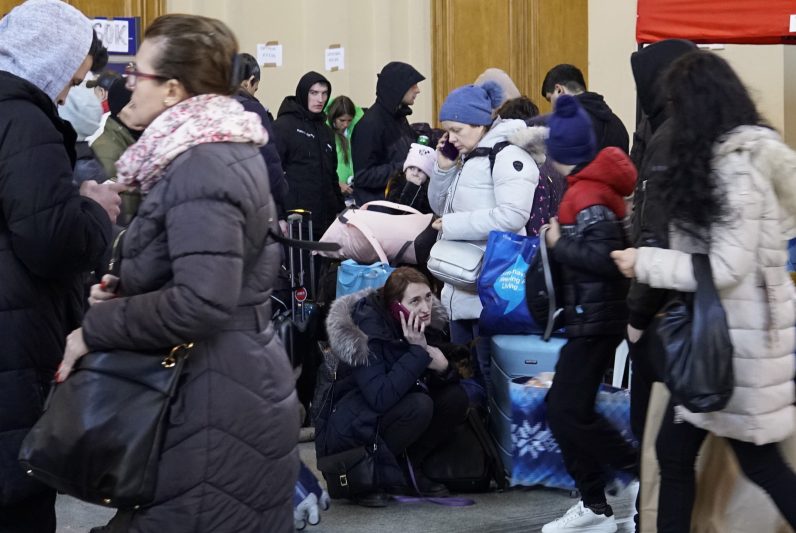 Ukrainian refugees are pictured at the Keleti train station in Budapest, Hungary, March 12, 2022. Caritas Hungary, the Knights of Malta and the Red Cross were participating in efforts to distribute food, supplies, clothing and toys to Ukrainian refugees as well as local homeless and Roma people. (CNS photo/Junno Arocho Esteves)