Two books on Jesus: One to dig into, one to avoid 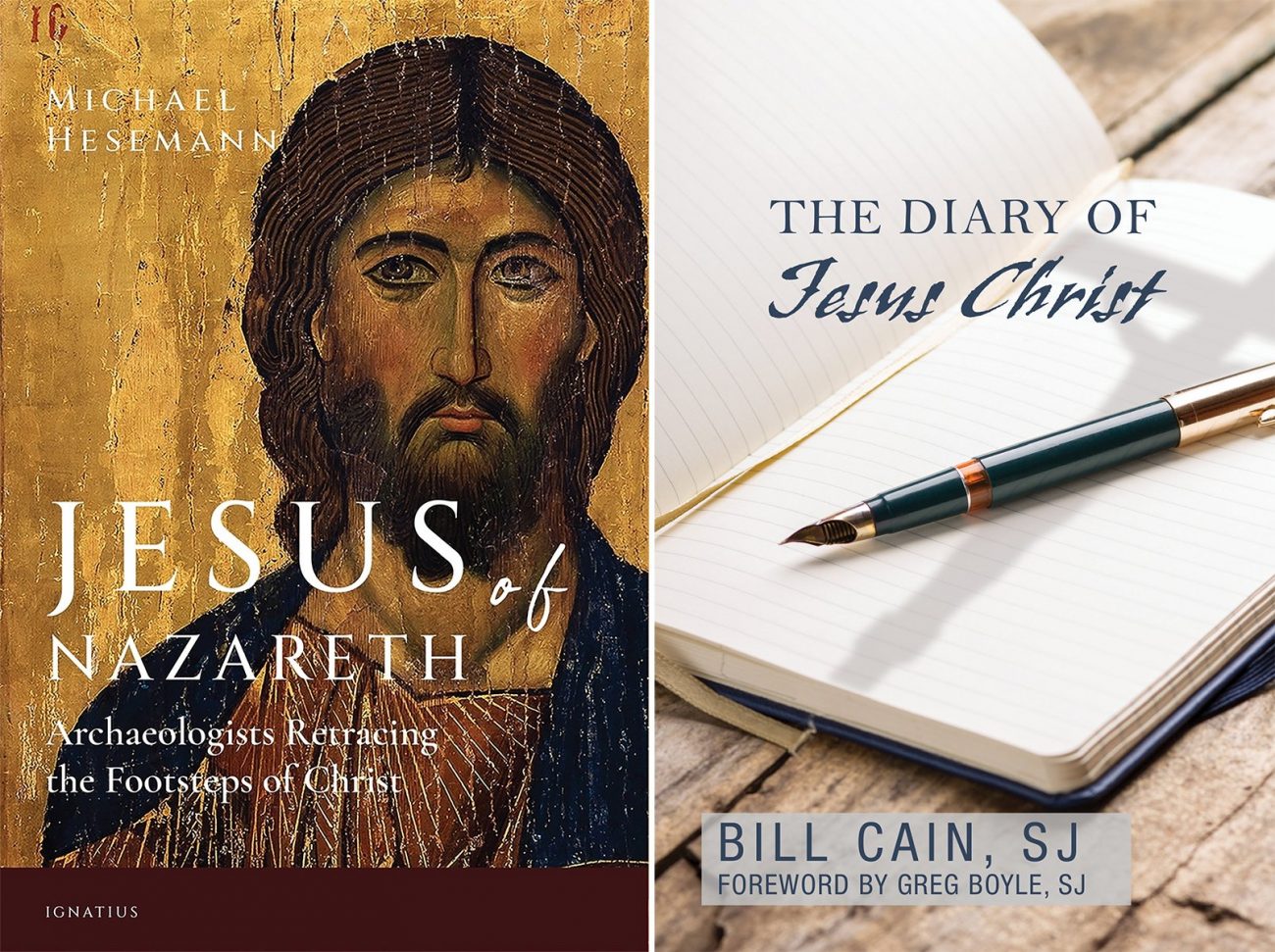 These are the book covers for "Jesus of Nazareth: Archaeologists Retracing the Footsteps of Christ" by Michael Hesemann; and "The Diary of Jesus Christ" by Bill Cain, SJ. The books are reviewed by Allan F. Wright. (CNS photo/courtesy Ignatius Press and Orbis Books)

Michael Hesemann studied history and cultural anthropology at Goettingen University, has participated in archaeological excavations in the Holy Land and has previously written extensively on topics related to archaeology and Christianity.

The author’s research and observations are well-documented and informative, transporting the reader back in time to uncover the footsteps of Christ and other biblical and historical figures who impacted the life of Jesus of Nazareth.

Early on in his book, “Jesus of Nazareth: Archaeologists Retracing the Footsteps of Christ,” in the chapter titled “Where the Word Became History,” he writes about the relationship and proximity of the tomb of King Herod to the birthplace of Jesus:

“Still in his lifetime, not in the splendor of a palace but in the semi-darkness of a stable-cave, the true king of the Jews, the promised messiah, the redeemer of mankind, was born there. His tomb, too, was shattered, but is still venerated today as a holy place by 2 billion people.”

The impact of the proximity of Herod’s palace to Bethlehem, which cast its long shadow over the tiny village, has implications for the life Jesus experienced living under the constant shadow of Roman rule and terror. Hesemann’s accurate description of the house where Jesus was born is an example of his exegetical knowledge that is aptly displayed throughout his book.

In understanding the differences in the words St. Luke chose for the English word often translated as “inn,” combined with the archaeological evidence that Hesemann puts forward from how first-century, Middle Eastern peasant homes are built, gives light and understanding to the most momentous event in history, which nearly everyone gets wrong in the retelling of the Christmas story.

Engaging chapters include familiar biblical sites such as Nazareth, Cana, Jerusalem, the Temple Mount and the pool at Bethesda as the author delves into historical events, archeological findings and connections to Scripture.

One of the most intriguing chapters focuses on Sepphoris, a major Roman city located four miles from Nazareth where Jesus and St. Joseph would have found ample work, yet the city is never mentioned in the Gospels. The excavations point to a vibrant city, the “jewel of the Galilee” as it would become, yet would faithful Jews, Jesus and St. Joseph, work to build a pagan city? A lively discussion indeed.

The archaeological landscape of Israel and the Middle East is fluid, with new discoveries each year. A few of the conclusions Hesemann makes are of a minority view, so each position he takes can’t always be backed up with certitude. The author presents a definitive answer for the birth date of Jesus and while he may be correct, other scholars would disagree while observing the same evidence.

This book is an excellent resource for anyone interested in the Bible and for Christians who seek the “story behind the story.” Hesemann successfully brings the reader back 2,000 years and then right back to the present time, never losing sight of Jesus of Nazareth, without whom the book would be a collection of historical facts and lose its soul.

In contrast, Jesuit Father Bill Cain in “The Diary of Jesus Christ” uses his own personal lens to refashion Jesus of Nazareth in his own image. No doubt the author is acquainted with the Ignatian Spiritual Exercises that encourage exercitants to apply the senses and enter into the Gospel story so to meditate upon them and become part of the Gospel scene.

The danger, of course, is when we fashion Jesus into our image rather than allowing the Scriptures, the Holy Spirit and the tradition of the church to inform and fashion the reader. This is the error the author has fallen into.

In the introduction, fellow Jesuit Father Greg Boyle writes, “Homilies are supposed to inch us all closer to awe” and “Good homilies achieve this by breaking our hearts, making us laugh and leading us to move beyond the mind we have.” These homilies or first-person stories do neither.

Jesus Christ is portrayed as antagonistic to his mother throughout the book, often mocking her or being disobedient to her, and the author time and time again shows her being disrespectful and unfaithful to God.

In recounting an average day when Jesus was a youth, the author has Jesus saying, “When I was apprenticing, after the work of the day was done, my mother used to volunteer me to do repairs on people’s houses. The contractor we worked for was unscrupulous, so my mother never objected when I stole materials from his building sites.”

In the chapter titled “Heaven or Helen,” Jesus takes pleasure in eating “forbidden food” and extols a Greek woman’s religion as “love,” without ever defining the demands of love in any serious context. Expulsions of demons are no more than people talking out their difficulties.

A constant theme woven throughout the book is sex and sexual intimacy — another case where the book reflects the mindset of the author rather than anything in the Christian tradition, Scripture or writings of the saints.

The author depicts one of the 10 lepers that Jesus healed as a woman who, upon being healed, doesn’t go to a priest but rather goes to a handsome man for a sexual encounter. Sexual intimacy is spoken of between Jesus and Mary Magdalene, a woman named Deborah and even with men.

Practices within the tradition of the church such as “lectio divina” and prayerfully imagining the Gospel stories have borne much fruit for Christians over the ages, and new forms of entering into the Gospel are certainly welcome.

Sadly, Father Cain’s book shows no respect for the Gospel and for the person of Jesus Christ who is all but unrecognizable in this book.

Wright is principal of Koinonia Academy in Plainfield, New Jersey.

NEXT: ‘Fantastic Beasts’ sequel a dim flash of Harry Potter