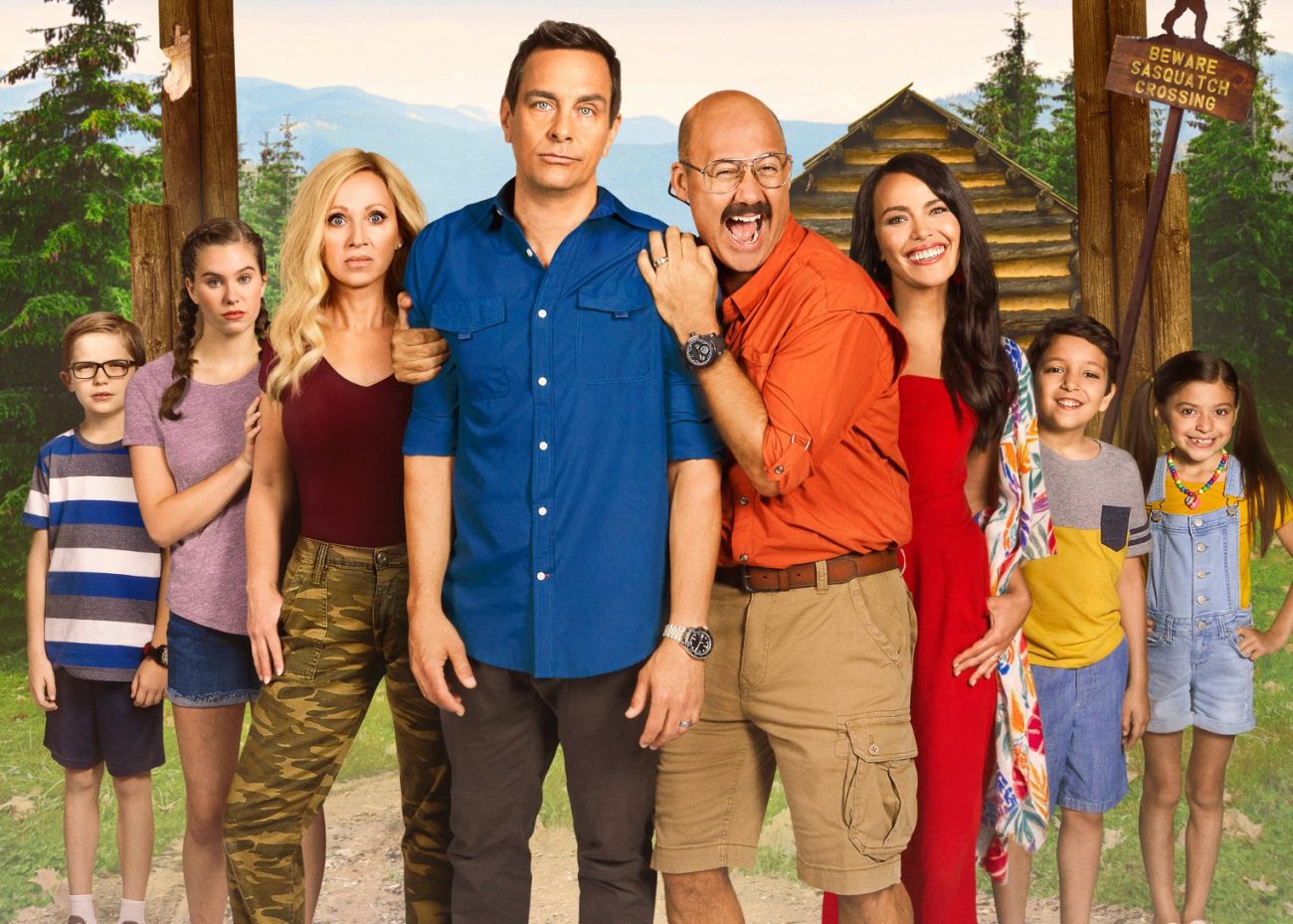 This is the movie poster for "Family Camp." The Catholic News Service classification is A-II -- adults and adolescents. The Motion Picture Association rating is PG -- parental guidance suggested. Some material may not be suitable for children. (CNS photo/Roadside)

Tommy Woodard and Eddie James, who play the film’s central characters, make up a duo known as The Skit Guys. Perhaps they’re funnier in the short-form routines that name suggests. At feature length, however — at least if this movie is anything to go by — they spin their wheels to little effect.

Woodard plays business-obsessed dad Tommy Ackerman. In a bid to get Tommy to focus more on being a spouse and father, his wife, Grace (Leigh-Allyn Baker), convinces him to sign their family up for a weeklong visit to the summer camp their parish runs.

Instead of bonding with Grace and their kids, teen Hannah (Cece Kelly) and young Henry (Jacob M. Wade), though, Tommy gets caught up in a rivalry with Eddie Sanders (James), the eccentric patriarch of the clan with whom the Ackermans share their rustic accommodations. As the guys compete feverishly in various contests and bicker before bonding, nary a smile is likely to be raised among viewers.

If director and co-writer Brian Cates’ picture is woefully inert when trying to be humorous, it’s even more ineffective when the script he penned with Rene Gutteridge turns sentimental or preachy. The proceedings, moreover, seem to unfold in some sort of Ozzie-and-Harriet alternate universe.

Thus Corbin (Clayton Royal Johnson), the caddish lad for whom Hannah briefly falls, accuses her of being “a tease” for refusing to share her first kiss with him. In 2022? If only.

There’s certainly nothing wrong with the concept of using comedy to spread Gospel values. The foundations of the papacy, after all, were laid down with a pun. But Cates and company fail to make that recipe at all flavorful here — and the upshot, even when considered with a predisposition to be sympathetic to their project, is cinematic gruel.

The film contains one vague sexual reference. The Catholic News Service classification is A-II — adults and adolescents. The Motion Picture Association rating is PG — parental guidance suggested. Some material may not be suitable for children.

NEXT: What’s old is new again in ‘Downton Abbey: A New Era’