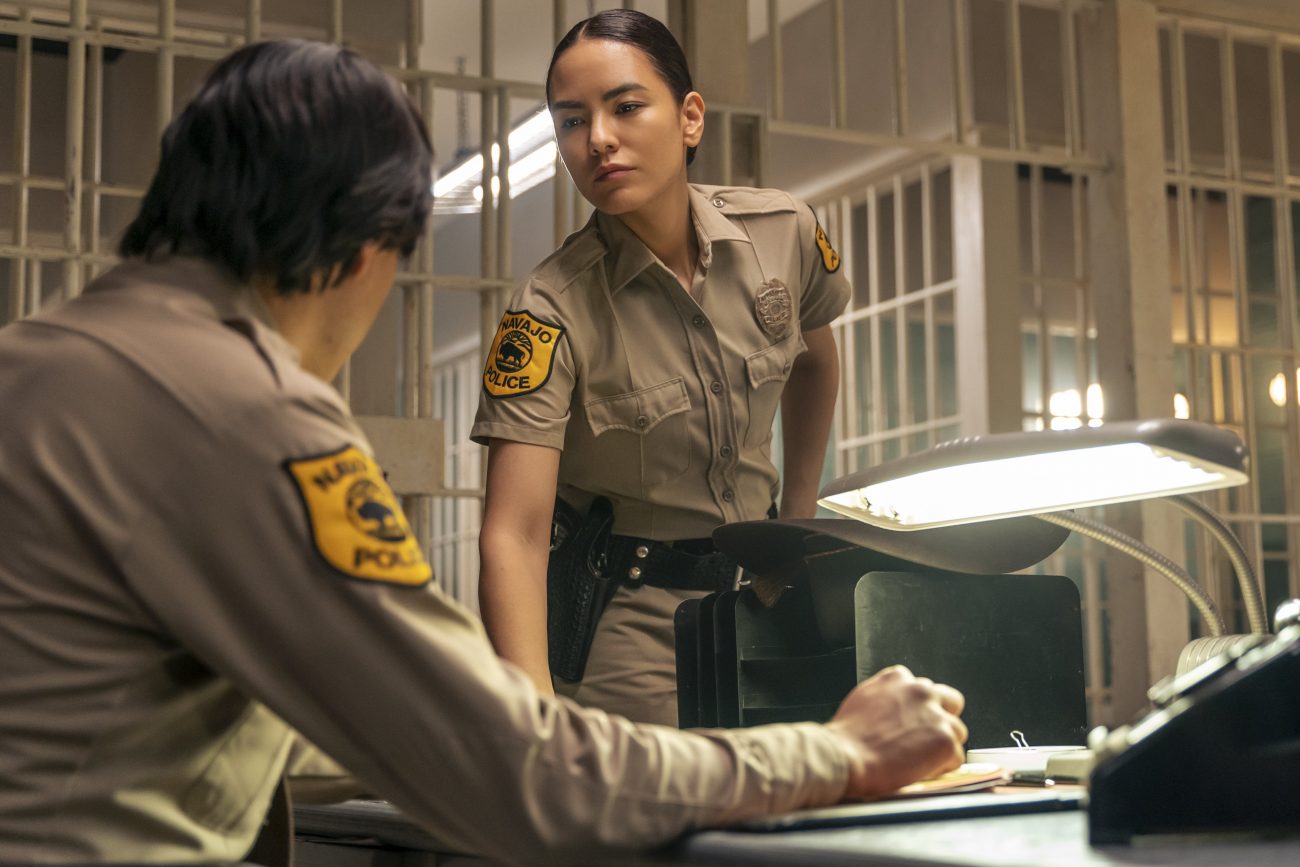 And this pedigree, it turns out, delivers substantive rewards.

One of the limited series’ outstanding assets is its realistic yet sympathetic portrait of Native Americans. Another — attributable, perhaps, to the Catholic faith of Tony Hillerman, the writer on whose series of novels the drama draws — is a pro-life subplot.

The show premieres simultaneously on AMC and AMC+ Sunday, June 12. Two installments of the six-episode program will be available on AMC+ that day while one will air on AMC 9-10 p.m. EDT. The drama will remain in that timeslot throughout its run.

The whole series will be accessible on the streaming service Sunday, July 10. It will conclude on the network a week later.

Leaphorn feels compelled to ask the FBI to investigate. But the agent in charge — known simply as Whitover (Noah Emmerich) — displays little interest in solving the mysteries, aside from wanting to connect them to an armored truck robbery that happened in nearby Gallup, New Mexico, three weeks earlier.

Eager for leads on the theft, Whitover plants Navajo agent Jim Chee (Kiowa Gordon) as a deputy on Leaphorn’s force. Having grown up on the reservation, Chee finds his loyalties divided between his bosses at the bureau and the people among whom he was raised.

This leads to conflict between Leaphorn and Chee. The former also is in a tense relationship with Anna’s father, Guy (Ryan Begay). Before his tragic death in an oil refinery accident three years earlier, Leaphorn’s son, Joe Jr. (Hataalinez El Wheeler), had been dating Anna.

Like Peacock’s uneven “Rutherford Falls” and the Paramount Network’s grievously flawed “Yellowstone,” Roland’s series seeks to correct false cultural impressions about Native Americans. Thus, as embodied by Joe, they come across as neither improbably noble nor cartoonishly brutish.

Generally good-hearted Joe is capable of giving in to anger and resentment. But that simply means he’s fully human — complex and even self-contradictory.

Viewers of faith will find both admirable aspects to “Dark Winds” and some troubling material within it.

Teen Sally Growing Thunder (Elva Guerra), for instance, is in need of nurturing. She finds it in the person of Joe’s wife, local clinic head Nurse Emma (Deanna Allison) who cares for Sally in a manner that affirms human dignity.

Joe’s criticism of his parochial school experience, by contrast, may rankle some Catholic TV fans. Attempting to assimilate Joe, the sisters who taught there “cut my hair, took my clothes,” he says. Still, he and Emma did have a church wedding.

The theme of criminality, while approached without excess, does entail an amount of mayhem that makes “Dark Winds” most suitable for grown-ups. They’ll find the dialogue generally free of coarse or profane language while any sexual activity integrated into the story takes place offscreen.

The storied landscape of Monument Valley served as the backdrop of many Westerns — a genre that traditionally tended to mythologize the American frontier in ways that often dehumanized Native people. As it seeks to redress that unfortunate legacy, “Dark Winds” will find a ready audience among those anxious for a more accurate portrayal.

NEXT: Roaring and reunion in ‘Jurassic World Dominion’