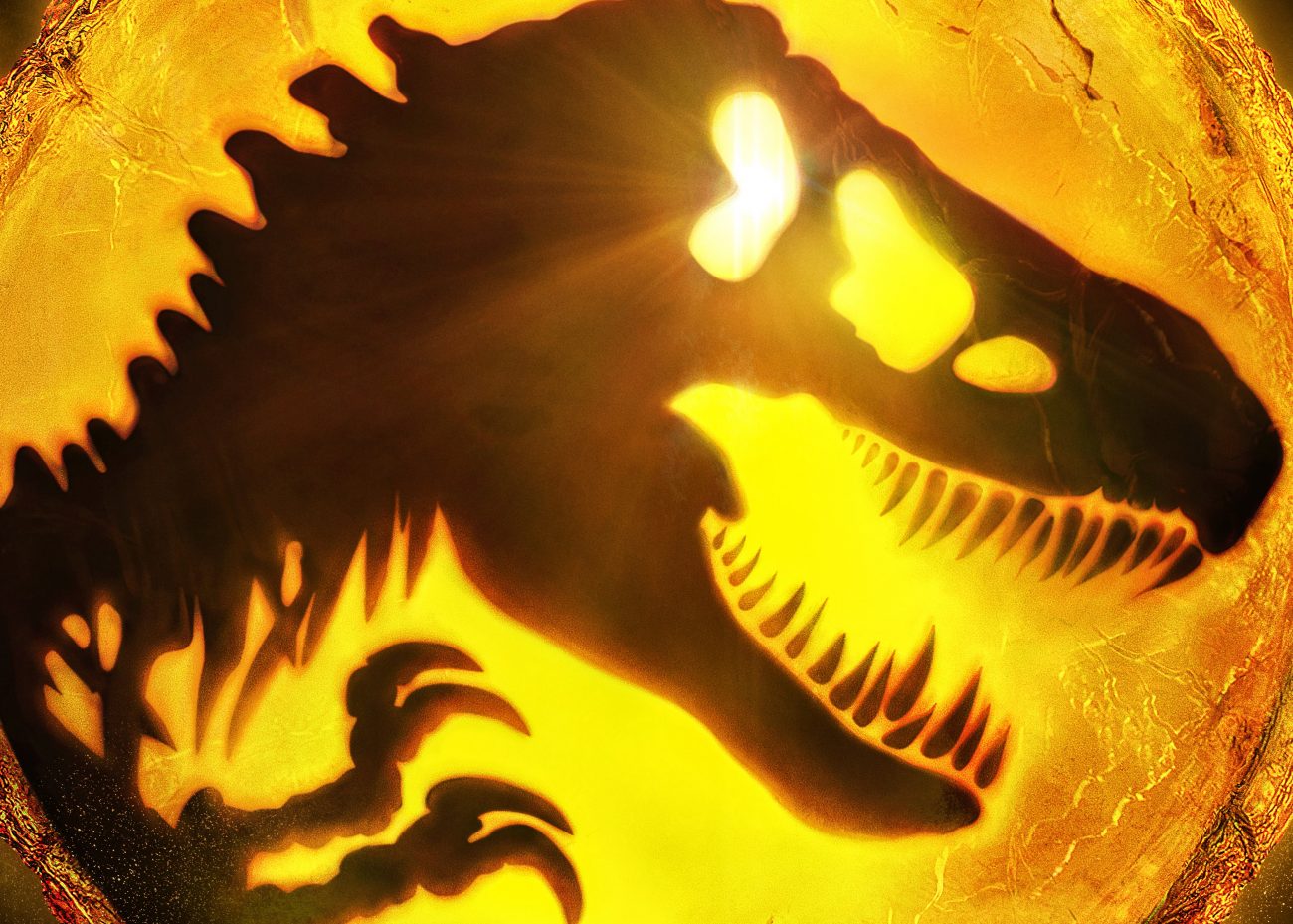 This is a poster for the movie "Jurassic World Dominion." The Catholic News Service classification is A-III -- adults. The Motion Picture Association rating is PG-13 -- parents strongly cautioned. Some material may be inappropriate for children under 13. (CNS photo/Universal)

NEW YORK (CNS) — It’s old home week for a $5 billion sci-fi franchise. That’s because “Jurassic World Dominion” (Universal), which wraps up the second trilogy of films ultimately derived from novels by Michael Crichton, features not only the duo whose adventures have been charted in the more recent movies, but the trio of scientists at the heart of the 1993 original as well.

Yet this reunion, though affectionate enough, involves slightly grittier content than its two predecessors in the current series. So the parents of persistent teens will need to be wary.

No such powers of recollection are required to place Chris Pratt’s animal tamer Owen Grady or Bryce Dallas Howard’s career-focused executive-turned-heroine Claire Dearing; we saw them as recently as 2018’s “Jurassic World: Fallen Kingdom.” It’s just as well that both Owen and Claire have gained a taste for domesticity since they’re not only married but raising an adoptive daughter, Maisie (Isabella Sermon).

How do Trevorrow and Carmichael bring this disparate ensemble together? Through the good offices of an evil corporation called Biosyn and its ruthless CEO, Lewis Dodgson (Campbell Scott).

Dodgson gets on the oldsters’ nerves by reanimating prehistoric locusts who chomp on any grain not designed by Biosyn, thus raising the specter of worldwide famine. He annoys the younger set by kidnapping genetically unique Maisie so Biosyn can make a study of her.

Owen and Claire acquire an ally, as they hunt for Maisie, in the person of tough pilot Kayla Watts (DeWanda Wise). The screenplay takes a momentary detour to inform us that Kayla likes ladies. Having checked this now-obligatory box, it’s back to the action.

Dodgson’s machinations are made the cue for some inconsequential philosophizing about the ethics of cloning and the relationship of humans to nature. These rambling reflections include Malcolm’s explicit denial that we have “dominion” over the rest of creation — seemingly a direct contradiction of the Book of Genesis.

Viewers’ opinions will vary on how seriously this remark ought to be taken, however. Malcolm is, after all, as eccentric as he is supposedly insightful.

All this woolgathering is, moreover, mere filler as we await the appearance of the picture’s real stars: those outsized dinosaurs whose ill-advised revival from extinction continues to pester humanity around the globe. To the terror of those on screen — and the delight of those consuming popcorn — these beasties roar and rampage, stomp around and imperil crowds of hapless folk.

Given the box-office record of the past 30 years, many clearly get a frisson from the fear of the fictional.

The film contains much stylized, though occasionally disturbing violence, vague references to lesbianism, a couple of profanities, about a dozen milder oaths, several crude terms, a couple of crass expressions and an obscene gesture. The Catholic News Service classification is A-III — adults. The Motion Picture Association rating is PG-13 — parents strongly cautioned. Some material may be inappropriate for children under 13.

PREVIOUS: ‘Dark Winds’ a breath of fresh air in portrayal of Native Americans

NEXT: Contemplating Mary in faces of people of color