For a horror movie, ‘The Forest’ isn’t very scary 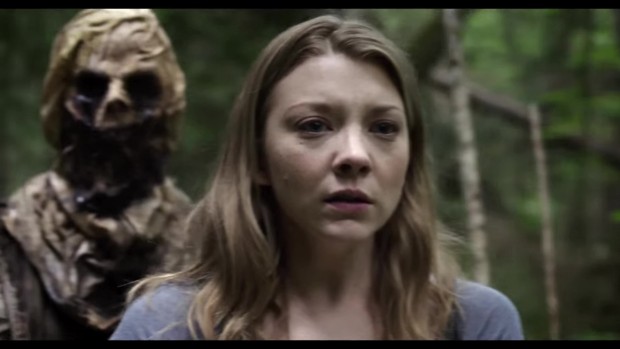 NEW YORK (CNS) — It’s not the trees that fill the breeze with rare and magic horror-film ideas in “The Forest.” (Gramercy).

Oh, no, it isn’t the Aokigahara Forest at the base of Japan’s Mount Fuji, bedecked with corpses of the many glum suicidal folks who go there to end their lives. Rather, it’s the filmmakers’ decision, based on what appears to have been a tiny budget, that the only way to conclude this story is to move it indoors to a haunted cabin so the heroine can face her own demons.

That forest is a real place. Its lush canopy, usually impenetrable, creates a perpetual shady gloom, and because it’s adjacent to a sacred volcanic landmark, it’s long had a reputation as a remote suicide spot.

The story line doesn’t endorse the act. Rather, it’s an excuse for director Jason Zada, and screenwriters Nick Antosca, Sara Cornwell and Ben Ketai to produce an abundance of spooky noises and the occasional zombie.

The idea is that the spirits of the suicides linger in the woods and can compel others to take their own lives to “join” them. The film is low on the fright scale, however.

Sara (Natalie Dormer), an American, is looking for her twin sister Jess, who’s been teaching school in Japan until she decided to go camping in the Aokigahara.

Although the locals warn her, “Stay on the path,” she and travel writer Aiden (Taylor Kinney) go their own way and even share a chaste overnight camp after she discovers Jess’ tent and belongings. Sara and Jess, we learn, share a deadly childhood trauma.

So what’s real in the forest, and what’s only in Sara’s mind? There’s not enough skill in the presentation to compel anyone to care.

The film contains references to suicide, bloody physical violence and fleeting crude language and profanities. The Catholic News Service classification is A-III — adults. The Motion Picture Association of America rating is PG-13. Parents strongly cautioned. Some material may be inappropriate for children under 13.