4 seniors in ‘Quartet’ can’t resist the stage, even in retirement 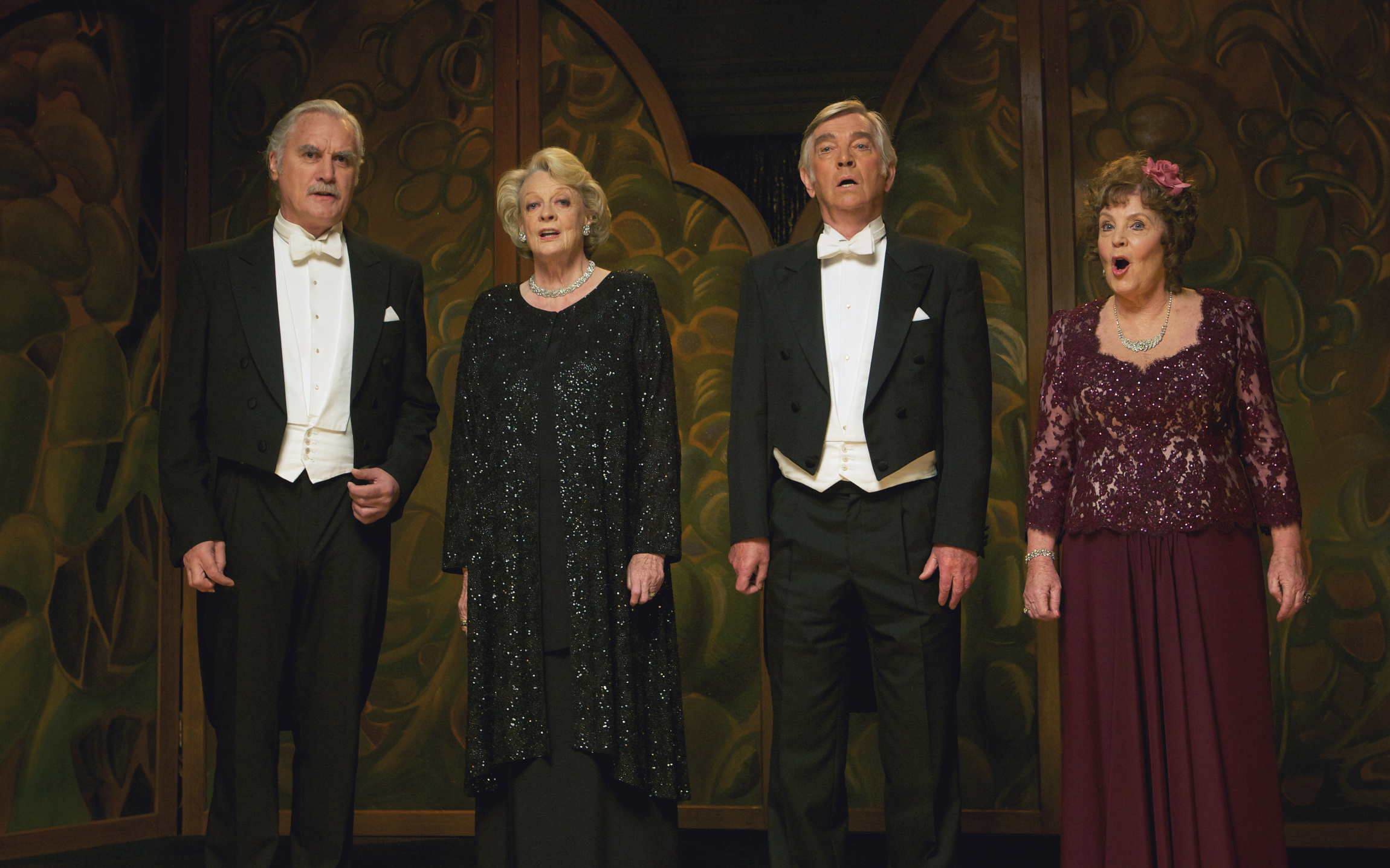 NEW YORK (CNS) — Dustin Hoffman steps behind the camera for his directorial debut with “Quartet” (Weinstein), a comedy-drama about musical artists who face the ultimate curtain call: a date with the Grim Reaper.

Based on the play by Ronald Harwood (who also wrote the screenplay), “Quartet” casts senior citizens in the same warm and fuzzy glow as last year’s “The Best Exotic Marigold Hotel.” Amid the gags and catfights, however, lie serious reflections on the challenges of aging and a reminder to embrace the talents of our still-vital elderly.

Beecham House in the picturesque English countryside is a home for retired singers and musicians. As such, it’s a haven for eccentrics and outsize egos, ringing true Bette Davis’ famous observation, “Old age is not for sissies.”

Impresario Cedric Livingston (Michael Gambon) corrals the residents to put on a fundraiser every year on composer Giuseppe Verdi’s birthday. His dream is to reunite four legendary opera singers who once performed the “Quartet” from Verdi’s “Rigoletto.”

“It would be as if Maria Callas made her comeback,” he predicts.

All of the singers are keen for the reunion, except Jean, who fears stepping into the spotlight again. “My gift deserted me,” she tells Reginald.

Jean has an ulterior motive: to reconcile with Reginald, whom she abandoned for an affair with a rival tenor. She regrets the indiscretion, but Reginald is still bitter.

“I wanted a dignified senility,” he muses. “Fat chance now that she’s here.”

Still, the show must go on, and nothing tempts an aging performer more than the smell of greasepaint and the glare of the footlights.

The salty language in “Quartet” and the script’s rather juvenile obsession with sex (it’s ripe with British euphemisms like “rumpy-pumpy”) distract somewhat from the fun of watching the veteran actors perform as well as from the pleasures afforded by the glorious soundtrack.

The film contains sexual innuendo and some profane and rough language. The Catholic News Service classification is A-III — adults. The Motion Picture Association of America rating is PG-13 — parents strongly cautioned. Some material may be inappropriate for children under 13.

PREVIOUS: Is ‘game over’ the proper Catholic response to violent video games?

NEXT: Joseph Kennedy biography comprehensive, but may be too much for many