Sociologist responds to atheistic views on how Americans see faith 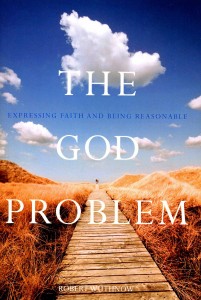 Studies of religion in the United States have for many decades tried to understand faith by looking at everything except what people say about it, declares Robert Wuthnow in “The God Problem.”

Poll-takers ask questions and base their conclusions on the responses of the 15 percent or so who respond. Other studies focus on religion in particular groups. “But,” Wuthnow observes, “it is hard to know what people practice unless we also talk to them about the meaning of their faith.”

A professor of sociology at Princeton University and director of the Princeton University Center for the Study of Religion, Wuthnow’s book is a sociological response to works of various more-or-less high-profile atheist authors such as Daniel Dennett, Richard Dawkins, Sam Harris and Christopher Hitchens. Such authors “tell a common story,” Wuthnow remarks: “Religion’s intellectual foundations are flimsy enough and its social effects are sufficiently dubious that thinking people should be cautious about its claims.”

But wait just a minute, Wuthnow continues. If religion’s foundations are so weak, why do so many Americans say that they believe in God? Does the U.S. not have one of the highest levels of education in the world?

“My contention,” Wuthnow explains, “… is that well-educated, thoughtful Americans have found a way of having their cake and eating it too: of affirming their faith while also maintaining their belief in reason.” To this end, Wuthnow examines “the highly supple ways in which language about religion actually works.”

After a first chapter on the uses and abuses of dogma, “The God Problem” looks at what Wuthnow calls “the language devices that enable thoughtful responses to questions about prayer and other aspects of how we talk about human relationships with God.”

These “language devices,” or common phrases, Wuthnow explains, give people ways to express both uncertainties about God that “any reasonable person” is inclined to have; yet at the same time these words and phrases provide ways to express positive convictions that religious people embrace.

Wuthnow’s topics include prayer, God’s place in a world where catastrophes happen, heaven, freedom, and connecting science and faith.

While Wuthnow is an academic, he writes not for other scholars only but for the average reasonably well-educated person. This is an ideal book for the thoughtful reader who is willing to look up the definition of an occasional word and who wants to become better informed and more articulate about how religion works in America.

Finley is the author of more than 30 books on Catholic themes, including “What Faith is Not” (Sheed & Ward) and “The Rosary Handbook” (The Word Among Us Press).

PREVIOUS: Joseph Kennedy biography comprehensive, but may be too much for many

NEXT: Film on Roosevelt echoes theme of ‘morals don’t matter’