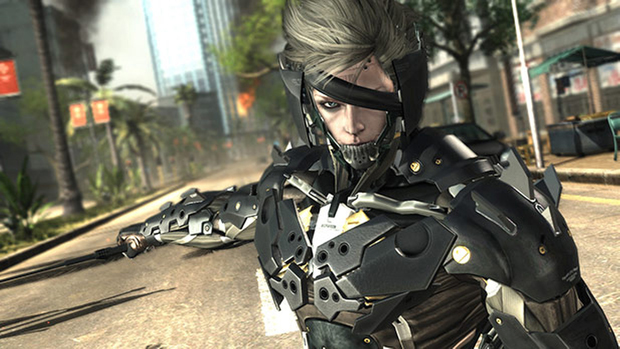 This is a still from the video game "Metal Gear Rising: Revengeance." (CNS photo/Konami)

NEW YORK (CNS) — The “Metal Gear” stealth-action franchise has been acclaimed for its espionage-based gameplay since its eponymous first installment, released way back in 1987.

Setting gamers the intriguing goal of successfully sneaking through its well-crafted levels while avoiding detection, the series has garnered fans for generations. Ridiculous but entertainingly tongue-in-cheek plots about futuristic privatized military corporations gone rogue have proved a further attraction.

After the 2008 release of the wildly popular “Metal Gear Solid 4: Guns of the Patriots,” famed director Hideo Kojima decided he wanted to follow up with a spinoff based on one of that title’s minor characters, sidekick cyborg ninja Raiden. The original idea was to produce a game that actually rewarded players for sparing their enemies. Gamers were to be equipped with a powerful samurai sword that would allow them to disarm opponents in a flash without inflicting death.

Sadly, this peaceable approach was shelved as too boring. Then the concept was remade, rewritten and respun beyond all recognition. The upshot is a game that, for the most part, abandons the spying motif while keeping the no-longer life-sparing sword — and that lets players armed with it loose on an endless series of enemies, many of them human.

Far from reaping bonuses for leaving these adversaries alive, gamers are instead rewarded for slicing them in twain and ripping out their spines. The over-the-top gorefest that results is designed to appeal to players’ basest instincts. Slow-motion deaths invite them to revel in the violent destruction they’re causing.

One of the casualties in all this is an initially interesting premise in which those familiar military-industrial entities are implicated in organ trafficking. The story quickly slides off the radar screen of reality, however, becoming almost indecipherable by the final third. Occasional bouts of moral posturing along the way, moreover, come across as nothing short of hypocritical when contrasted with the queasy mayhem to which most of the playing time is devoted.

Played for review on Xbox 360. Also available on PlayStation 3.

The game contains relentless gory violence, including dismemberment, occasional uses of profanity and some crude and crass language. The Catholic News Service classification is O — morally offensive. The Entertainment Software Rating Board rating is M — Mature.