‘RED 2’: Seniors up to challenge of saving the world, again 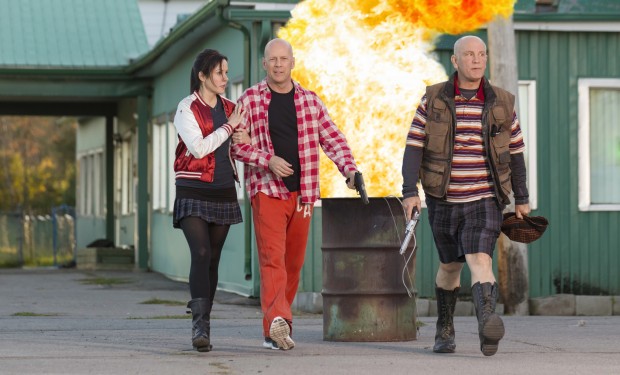 NEW YORK (CNS) — Those “retired and extremely dangerous” (RED) secret agents are back on the case in “RED 2” (Summit), a lively sequel to the 2010 film based on the graphic novels by Warren Ellis and Cully Hamner.

In a summer multiplex filled with superheroes and cartoon characters, “RED 2” is a refreshing change of pace for the more mature moviegoer, as a gaggle of (very human) senior citizens shows off before their younger and fitter colleagues, battling to save the world from nuclear annihilation.

Having cheated death in the first film, ex-CIA agent Frank Moses (Bruce Willis) is adjusting to a quiet life with his kooky girlfriend, Sarah (Mary-Louise Parker). Whether these two were ever destined for an Ozzie-and-Harriet existence is up for grabs.

Before long, Frank is contacted by his former partner, Marvin (John Malkovich). There’s trouble afoot, and it involves a nuclear bomb.

Ah, not just any bomb. Codenamed “Nightshade,” it is the ultimate weapon, designed by mad scientist Bailey (Anthony Hopkins). It’s made of “red mercury,” which renders the portable device undetectable. Word is, it’s buried under the Kremlin, and set to detonate.

The Americans want it found, as do the Russians and the British. The chase is on, with Sarah along for the ride, anxious to share the experience with her beau.

“Let’s face it, Colombo,” she tells Frank. “Things were getting a little stale.”

Joining the pursuit across three continents are some of the world’s best assassins: Victoria (Helen Mirren), an elegant British spy; Katja (Catherine Zeta-Jones), a super-sexy Russian agent and Frank’s former flame; and Han (Byung Hun Lee), a killer from Hong Kong who can make a deadly weapon out of origami.

While each is initially contracted to kill Frank and Marvin, who are falsely accused of a cover-up, allegiances switch as double-crosses are exposed.

Director Dean Parisot (“Galaxy Quest”) keeps it all light and silly amid the mayhem with lots of witty repartee and innuendo.

“I’m the queen of England!” screeches Victoria, bewigged and crowned, as she tries to gain entry to a mental institution, playing on Mirren’s many impersonations of British monarchs.

Still, “RED 2” must expend more bullets than any film in recent memory. While the violence is mostly gore-free and highly stylized, it nonetheless places this film firmly in the adult camp.

The film contains frequent but largely bloodless violence, brief drug use, and some profane and crude language. The Catholic News Service classification is A-III — adults. The Motion Picture Association of America rating is PG-13 — parents strongly cautioned. Some material may be inappropriate for children under 13.