A look at classic cinema’s depiction of personal holiness 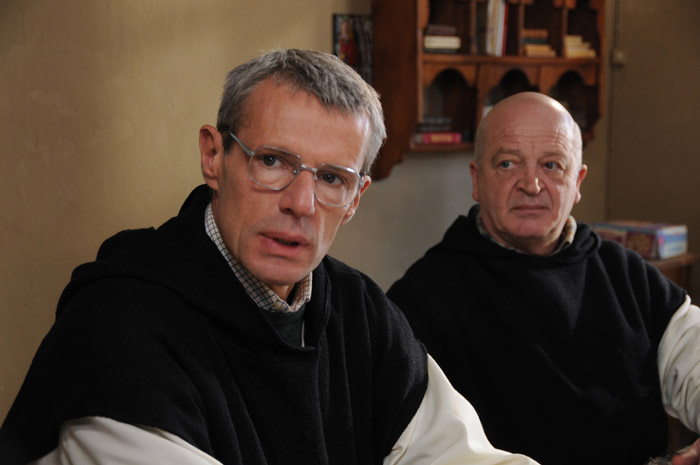 Lambert Wilson and Jean-Marie Frin star in a scene from the 2011 movie "Of Gods and Men." John Mulderig of Catholic News Service's Media Review Office ranked the film as one of the top 10 faith-related films. (CNS photo/Sony Pictures Classics)

Yet, while its attainment may be every human being’s vocation, sanctity can be a difficult quality to capture in the dramatic arts. Thus the stage and screen alike have seen a procession of hollow holy ones and canonized cardboard.

As the church’s observance of the Year of Faith draws to a close, here in alphabetical order are capsule reviews of 10 movies that have avoided that parade of the forgettable. Instead, these pictures have successfully risen to the challenge of depicting personal holiness in a way that’s both credible and engaging.

Unless otherwise noted, the Catholic News Service classification for each film is A-I — general patronage. Motion Picture Association of America ratings are indicated for those titles that have received them.

“Becket” (1964) is a superb adaptation of Jean Anouilh’s classic play about the deep friendship and later conflict between England’s King Henry II (Peter O’Toole) and his friend, Sir Thomas a Becket (Richard Burton), later a saint, and how their days of drinking and womanizing came to an end when the monarch appointed Becket archbishop of Canterbury, leading to Becket’s spiritual transformation and ultimate martyrdom. Director Peter Glenville’s film is rather stagy and leisurely paced, but the Oscar-winning dialogue is uncommonly literate, and the performances are brilliant. Some crass expressions and (by today’s standards) tame sexuality. The Catholic News Service classification is A-II — adults and adolescents. The Motion Picture Association of America rating is PG-13 — parents strongly cautioned. Some material may be inappropriate for children under 13.

“Entertaining Angels: The Dorothy Day Story” (1996) is a compelling dramatization of the early life of Catholic Worker founder Dorothy Day (Moira Kelly) as a young journalist whose agonizing over failed love affairs leads her to reflect on her life and, in doing so, discovers God, then meets Peter Maurin (Martin Sheen) and puts his ideas of social justice into practice during the Depression. Directed by Michael Ray Rhodes, the biographical movie depicts a woman’s spiritual journey in convincing dramatic fashion, though it is largely interior, deeply religious and specifically Catholic in its sensibilities. Realistic treatment of love affairs, an abortion and a suicide as well as some coarse language. The Catholic News Service classification is A-II — adults and adolescents. The Motion Picture Association of America rating is PG-13 — parents strongly cautioned. Some material may be inappropriate for children under 13.

“The Flowers of St. Francis” (1950) is the remarkable Italian production about the beginnings of the Franciscan order as its founder sets the example of humility, simplicity and obedience for his first followers at Portiuncula, a little chapel near Assisi, from which they depart into the world to preach peace. Directed by Roberto Rossellini from a script co-written with Federico Fellini, the movie’s form is as simple and sincere as the subject of the narrative which relates a series of little incidents realistically, yet marvelously conveyed with an infectious sense of joy by an anonymous cast of monks from a Roman monastery. Subtitles. 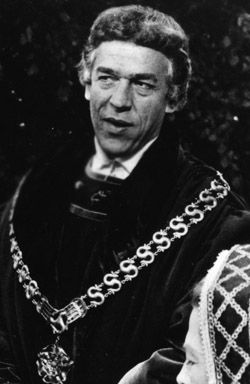 British actor Paul Scofield, who played Sir Thomas More in the film “A Man for All Seasons,” is pictured in a scene from the 1966 film. (CNS file photo)

“A Man for All Seasons” (1966) is the engrossing drama of the last seven years in the life of Thomas More, Henry VIII’s chancellor, who met a martyr’s death rather than compromise his conscience during a period of religious turmoil. Robert Bolt’s script is masterfully directed by Fred Zinnemann, with a standout performance by Paul Scofield in the title role, among other notable performances from a uniformly fine cast. The historical dramatization achieves an authentic human dimension that makes its 16th-century events more accessible and its issues more universal. Profoundly entertaining but heavy going for children. The Motion Picture Association of America rating is G — general audiences.

In “The Miracle of Our Lady of Fatima” (1952), when a young girl reports seeing a vision of the Mary in 1917 Portugal, she is harassed, then arrested by atheistic government officials but nothing can stop the crowds of faithful from coming to the site in expectation of a miracle. Directed by John Brahm, the religious story is treated with reverence yet is dramatically interesting with such characters as the good-hearted thief (Gilbert Roland) who helps her. Inspirational fare.

“Miracle of Saint Therese” (1959) is the engrossing French production dramatizing the life of the saint known as the Little Flower who entered the Carmelite cloister in Lisieux at the age of 14, died of tuberculosis in 1897 at age 24 and was canonized in 1925. Director Andre Haguet makes a serious, largely successful attempt to picture the saint’s life within her religious community and the meaning of her “little way” to spiritual perfection, with a winning performance by France Descaut in the title role and fine use of the visuals to convey the period and the interior life of a young woman who became a saint. Dubbed.

“Monsieur Vincent” (1947) is a lucid, moving account of St. Vincent de Paul’s work among the poor and the oppressed in 17th-century France, from his first labors in a plague-ravaged village and his appeals to the conscience of the aristocracy to the founding of an order devoted to charitable works and his death in 1660. Director Maurice Cloche portrays the poverty of the times and the cruelty of the regime in starkly convincing fashion, providing a solid historical framework within which Pierre Fresnay’s performance in the title role shines with a warm compassion and spiritual intensity which most viewers will find irresistibly compelling. Subtitles. High on the list of great religious movies.

“Of Gods and Men” (2011) is a brilliant dramatization of real events, recounting the fate of a small community of French Trappists (led by Lambert Wilson and including Michael Lonsdale) living in Algeria during that nation’s civil war in the 1990s. Targeted by violent Muslim extremists, the monks must decide whether to continue their medical and social work for the local population or abandon them by fleeing to safety. Using the tools of the monastic life itself, director Xavier Beauvois finds a path to the heart of the Gospel through simplicity, a compassionate sense of brotherhood and an atmosphere of prayer enriched by sacred music and potent silence. The result, a profound mediation on the cost of discipleship, is a viewing experience from which every adult as well as many mature teens can expect to profit. Subtitles. Brief gory violence, some unsettling images and a single instance each of rough and crass language. The Catholic News Service classification is A-III — adults. The Motion Picture Association of America rating is PG-13 — parents strongly cautioned. Some material may be inappropriate for children under 13.

“The Passion of Joan of Arc” (1928) is a silent-screen masterpiece portraying the heresy trial, confession, recantation and execution of the Maid of Orleans (Maria Falconetti) in a performance of such emotional power that it still stands as the most convincing portrayal of spirituality on celluloid. Directed by Carl Dreyer, the work is essentially the interior epic of a soul, consisting largely of close-ups of Joan’s face and those of her interrogators accomplished in a fashion which is never static as the camera explores the inner struggle between human frailties and spiritual strength. Some duplicitous churchmen, medicinal bloodletting and a restrained torture scene. The Catholic News Service classification is A-II — adults and adolescents.

“The Song of Bernadette” (1943) is the durable adaptation of the Franz Werfel novel about Bernadette Soubirous (Jennifer Jones), the French schoolgirl who in 1858 saw apparitions of the Virgin Mary at a grotto near Lourdes but news of this is initially discredited by her stern pastor (Charles Bickford), the town prosecutor (Vincent Price) and an envious teacher (Gladys Cooper). Directed by Henry King, the story of a young girl’s faith withstanding the disbelief of her elders is made dramatically convincing by a fine cast, evocative photography and largely unsentimental treatment.

PREVIOUS: In ‘Best Man Holiday,’ religion takes a back pew to raucous shenanigans

NEXT: ’12 Years a Slave’ portrays inhumanity with brutal honesty