In ‘Best Man Holiday,’ religion takes a back pew to raucous shenanigans 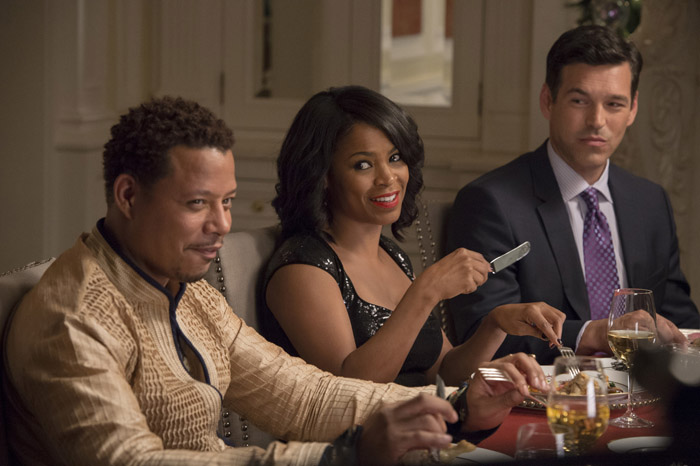 NEW YORK (CNS) — Piety and raucousness vie for screen time — and make for an uneasy mix — in the freewheeling sequel “The Best Man Holiday” (Universal).

Predictably, perhaps, it’s the less edifying elements that win out in this blend of comedy and drama: Talk of things spiritual yields center stage to bedroom shenanigans, locker room-level dialogue and even a catfight.

Still, religion plays an unusually prominent role in writer-director Malcolm D. Lee’s follow-up to his 1999 feature “The Best Man.” As the ensemble of characters from that outing — prosperous African-Americans whose ties of friendship date back to college days — reunite for a Christmas house party, some of them discuss faith and pray at moments of crisis, while all attend church and pitch in as volunteers at a parish-run soup kitchen.

Yet several of the problems and rivalries that troubled the gang in the old days — and that bubble up to the surface here — can be traced to less admirable behavior. One conflict, for instance, divides football star Lance (Morris Chestnut) from his erstwhile closest pal, Harper (Taye Diggs), based on Harper’s long-ago premarital dalliance with Lance’s now-happily married wife, Mia (Monica Calhoun).

An even seamier plight arises for respected charter-school principal Julian (Harold Perrineau) when he discovers that a vintage sex video making the rounds on the Internet shows his spouse, Candace (Regina Hall) — an ex-stripper who now raises funds for his academy — prostituting herself at a fraternity party.

Taking it all in is carefree lothario Quentin (Terrence Howard). His love-hate bond with equally unfettered single mom Shelby (Melissa De Sousa) is pursued as irresponsibly as all the other relationships in his life. As for the adolescent take on sex that fuels Quentin’s bawdy banter, it’s meant to come across as funny rather than stunted.

Things turn serious with the revelation that one of the central figures is seriously ill. Though this potentially tragic development offers the opportunity for more prayer and reflection, the respite from raunchiness proves all too temporary.

NEXT: A look at classic cinema’s depiction of personal holiness