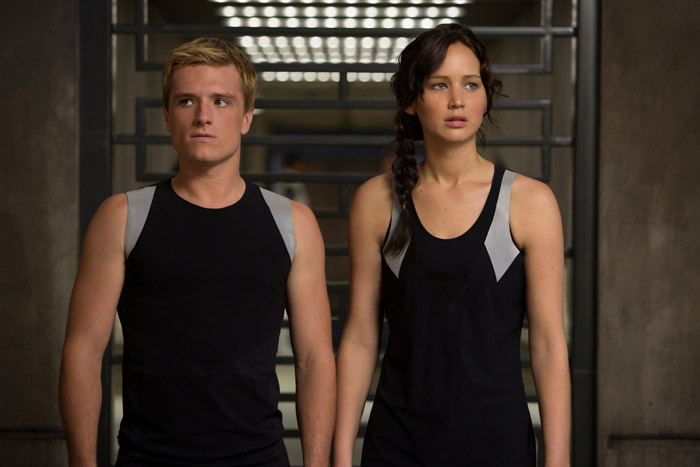 NEW YORK (CNS) — The time has come, it seems, to return to Panem, the dystopian North American nation that provides the setting for the satisfying action sequel “The Hunger Games: Catching Fire” (Lionsgate), just as it did for the 2012 first installment in the series.

Should they decide to make the return trip, moviegoers will find that, in adapting the second volume in Suzanne Collins’ best-selling trilogy of novels, director Francis Lawrence has decreased the intensity of the violence on screen. And his film’s moral center is solid.

On the other hand, Simon Beaufoy and Michael deBruyn’s script includes a few vulgarities and at least one sexual flourish not found in the original. So parents will once again need to consider carefully whether this is suitable fare for the targeted demographic of teens.

As viewers of the kickoff will know, together with her friend, Peeta Mellark (Josh Hutcherson), franchise heroine Katniss Everdeen (Jennifer Lawrence) managed to emerge victorious from the ordeal of the titular tournament. This annual event sees youngsters drawn at random from the ranks of Panem’s oppressed underclass forced to battle to the death for the entertainment of their society’s pampered elite.

But it was an act of defiance that led to Katniss and Peeta’s shared triumph: Told that only one of them could survive, they threatened simultaneous suicide so there would be no victor, and the authorities relented. This successful stratagem has made Katniss a symbol of resistance to the downtrodden.

With rebellion stirring, Panem’s President Snow (Donald Sutherland) is determined to use Katniss as a pawn in his plans for a repressive power play. Conniving along with him is Plutarch Heavensbee (Philip Seymour Hoffman), the new supervisor of the games.

Katniss and Peeta rely, once again, on the help of Haymitch Abernathy (Woody Harrelson) a hard-drinking veteran of the deadly contest who prepared them for combat last time, and on that of Effie Trinket (Elizabeth Banks), the kind-hearted guide assigned to watch over them when they were first selected.

An unexpected turn of events brings the audience back to the fatal arena for what might be called an all-star version of the Hunger Games. It also resurrects the question why young people would want to flock to such a spectacle, even in fictional form. The dark theme underlying the proceedings, together with the elements listed below, makes this a safer bet for grownups — though it may possibly be acceptable for mature adolescents.

The film contains much action violence with occasional gore, a scene of torture, a sexually provocative act with implied nudity, a couple of bleeped-over rough terms, at least one crude expression and a few crass phrases. The Catholic News Service classification is A-III — adults. The Motion Picture Association of America rating is PG-13 — parents strongly cautioned. Some material may be inappropriate for children under 13.