New Christmas/Advent movie arrives in time for the holidays 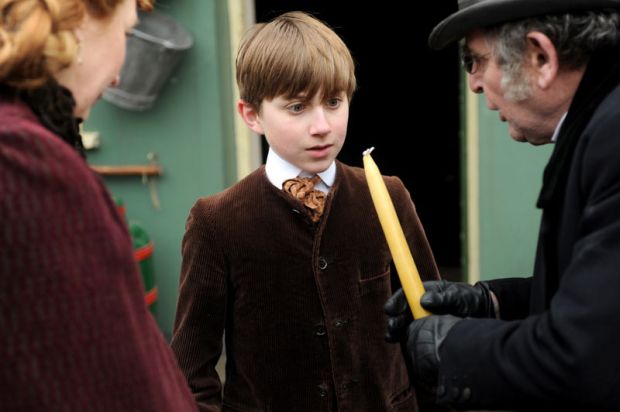 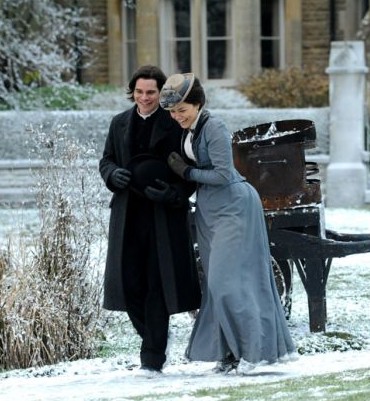 Surprise! This year there will be a new non-biblical Christmas film released that does not have Santa Claus, elves, or cartoon characters. It is a live-action fable and the focus is not on the “holiday season” but on Christmas, and most especially the Advent season.

It is called “The Christmas Candle” and is set in rural England circa 1890 with most of the filming done last winter in Cotswold and the Isle of Man. Most of the very competent cast members are less known in America than in England but nevertheless capable actors.

The story is built around a village tradition that an angel of God visits their community once every 25 years and blesses a single candle. Whoever possesses it will receive a miracle, the answer to their most heartfelt prayer.

(Watch the trailer for “The Christmas Candle” here.)

The production itself has an ecumenical feel about it. The film is based upon a story written by Church of God minister and enormously popular writer Max Lucado, produced by Tulsa-based Impact Productions and set in the fictional village of Gladbury where David Richardson (Hans Matheson) arrives to take charge of a parish that is vaguely Anglican.

The film expects to open in 400-500 theaters on Nov. 22. It is being distributed by Dallas-based Echolight Studios which is headed by former U.S. senator from Pennsylvania and sometime presidential candidate Rick Santorum, a practicing Catholic, as is Susan Boyle, the English singing sensation who makes her film debut in “The Christmas Candle.”

Rev. Richardson is a former highly effective preacher, who after suffering a personal family tragedy loses his faith in intercessory prayer, concluding that only good works count.

He is serving in a Salvation Army soup kitchen when a village leader tracks him down and persuades him to take charge of their church in Gladbury. There he meets Emily Barstow (Samantha Barks) who at this point doesn’t believe in miracles either, because she does not believe in God. 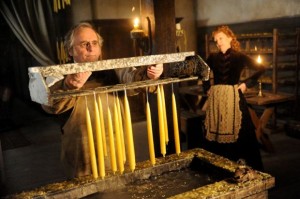 “It is a beautiful story about God being with us and of faith in a season when that is what the focus is,” Santorum said in an interview with CatholicPhilly.com. “It is the first time in a long time that there was a film that brings together Catholics, Lutherans, Anglicans and the Evangelical tradition as the Body of Christ together at Christmas.”

Over the course of the film Rev. Richardson, who has greater affection for newly invented electric lights than candles, weekly lights another candle on the Advent wreath as he gives his traditionalist congregation a brief sermon on the corporal works of mercy. He nevertheless alienates them by his harsh condemnation of their traditions and belief in miracles. Today, he tells them, “the blind don’t see, the lame don’t walk and the sick die.”

The question is, who will change the most during this Advent season, the minister or his flock?

This will culminate at the Christmas vigil when he lights a central white candle, as is the custom in some churches. The white candle, Santorum explained, really symbolizes Christ.

While it is too soon to tell what the critics will say about it, the film has very good production values and Santorum is convinced there is a market for films such as this, especially during the Christmas season.

“Try to name a film other than a Bible-based Nativity film that came out around Christmas that dealt with the birth of Jesus,” he said. “It is a P.G. (rated) film and young people who are at the age of cognition can enjoy it. It has angels and miracles and all sorts of things.”

This is just the first of several faith-based films Echolight plans to release. “We have several in production,” Santorum said. “Every film we do will have faith in it in an authentic way.”

NEXT: Thor’s ‘Dark World’ lightens up with levity, 3-D action