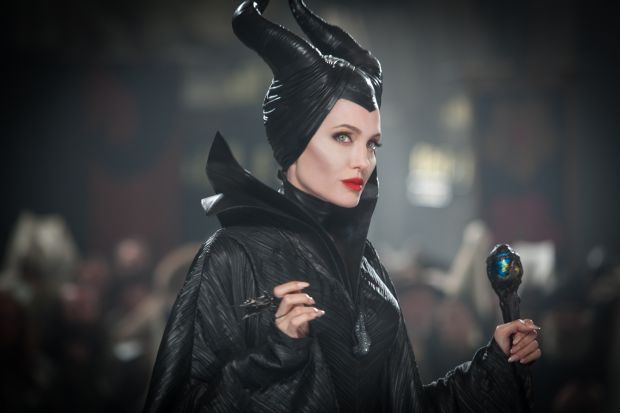 Angelina Jolie stars in a scene from the movie "Maleficent." (CNS photo/Disney)

NEW YORK (CNS) — Even an iconic villainess may not be all bad.

Along with its moral shadings, however, director Robert Stromberg 3-D fantasy introduces other novelties that may not sit well with romantics — or with those committed to the traditional family. His picture also has enough dark imagery and bloodless battling to make it unsuitable for the smallest moviegoers.

Angelina Jolie takes up the title character once voiced by Eleanor Audley. As opening scenes show us, Maleficent — portrayed in youth by Isobelle Molloy — was initially a good sprite. In fact, she served as the principal protectress of her enchanted homeland, The Moors, a territory bordered by — and under constant threat of conquest from — a human kingdom full of aggressive warriors.

But an unlikely romance with Stefan (Toby Regbo), a solitary human intruder into The Moors, was to end in a cruel, ambition-fuelled betrayal that would change Maleficent’s whole character, leaving her bitter and vengeful.

Maleficent’s opportunity to mete out her longed-for retribution comes when Stefan (now Sharlto Copley), whose act of treachery toward her has placed him on the throne of the human realm, becomes the father of a baby girl.

At the infant’s christening, Maleficent places a curse on the child, dooming her to fall into an endless slumber on the day before her 16th birthday. Only “true love’s kiss” — a phenomenon Maleficent believes does not exist — will be able to awaken the lass.

Yet, as Princess Aurora (Elle Fanning) grows up, her grace and innocent goodness melt Maleficent’s heart. So much so, that — aided by Diaval (Sam Riley), the shape-shifting crow who serves as her assistant and scout, the repentant Maleficent strives to thwart the fulfillment of her own malediction.

As scripted by Linda Woolverton, “Maleficent” can be viewed as an honorable conversion story warning against a hunger for power and a thirst for revenge. Yet it startlingly subverts its source material in a way that can’t be specified for fear of a spoiler but that registers as vaguely anti-male and anti-marriage.

The film contains some harsh action violence. The Catholic News Service classification is A-II — adults and adolescents. The Motion Picture Association of America rating is PG — parental guidance suggested. Some material may not be suitable for children.