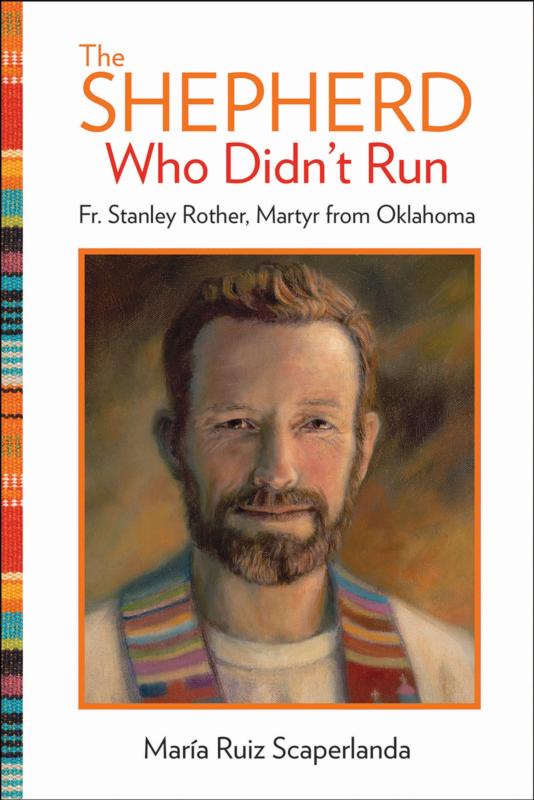 Few people will encounter an actual martyr in their lives, someone who dies for his or her faith. If we were to go looking for a martyr in our times, perhaps one of the least likely places we might think to look would be on a farm in Oklahoma.

Maria Ruiz Scaperlanda tells the inspiring story of Father Stanley Rother, from his days of growing up in rural Oklahoma to his being drawn to the priesthood and to serve the people of Guatemala, even to giving his life for them.

Scaperlanda gives a strong and clear portrait of a boy and young man who absorbed his family’s deep Catholic faith and love of the land but whose academic abilities often fell far behind his practical skills and interests. Having failed the seminary curriculum the first time — much of it in Latin then — he was only able to go to another seminary with special permission and tutoring help to achieve ordination, much like St. John Vianney, the cure of Ars, more than a hundred years earlier.

After his ordination and a few years in pastoral ministry in Oklahoma, Father Rother was drawn to the diocesan mission team that had been sent to Guatemala years earlier as a result of St. John XXIII inviting the churches of North America to help those in Latin America. So in 1968, he joined the team working in Santiago Atitlan, a peaceful village near breathtaking Lake Atitlan in the southwest part of Guatemala.

He connected well with the simple people of the earth there, the Tz’utujil Indians, openhearted people with a deep faith. “Padre Francisco” — easier for them to say than Stanley — became deeply loved by them, even dressing like them and eating in their homes. He made it a point to learn their language, a difficult one to master, although languages had never come easy.

When he dined at the rectory in later years after a number of the other members of the team had left for various reasons, he always welcomed an older peasant man to dine with him, one whom many in the community could not be around for long because of his odor and his mannerisms.

As the 1970s went by, there were more and more signs of violence that were coming nearer to the remote area where he was ministering, and many foreigners and natives of the area went into hiding from the brutal civil war that was raging. Father Rother often ended up hiding those fleeing the daily disappearances, killings and danger that were the life of his people.

In early 1981, he learned that his name also was on a death list; he returned to Oklahoma to see his family and was urged to stay for his safety, but he knew he needed to return to be with his people.

Scaperlanda takes us into the beautiful country of Guatemala in a way that those of us who have had an opportunity to travel there will really appreciate. She also helps us see how Father Rother’s gifts, including his open simplicity, his practical skills and steadfastness were just the ones needed in the mission to which he was called.

The only shortcoming of the book for this reviewer was its title because many dedicated pastors and shepherds in that part of the world felt that they had to leave at times to be there for their people in the long run. But Father Rother didn’t leave his flock, and the church in Guatemala, the United States and the world is richer for his steadfast, caring love for his people.

Finley is the author of several books on practical spirituality, including “The Liturgy of Motherhood: Moments of Grace” and “Savoring God: Praying With All Our Senses,” and has taught in the religious studies department at Gonzaga University for many years.

NEXT: ‘My Big Fat Greek Wedding 2’ lacks zest of the original