‘My Big Fat Greek Wedding 2’ lacks zest of the original 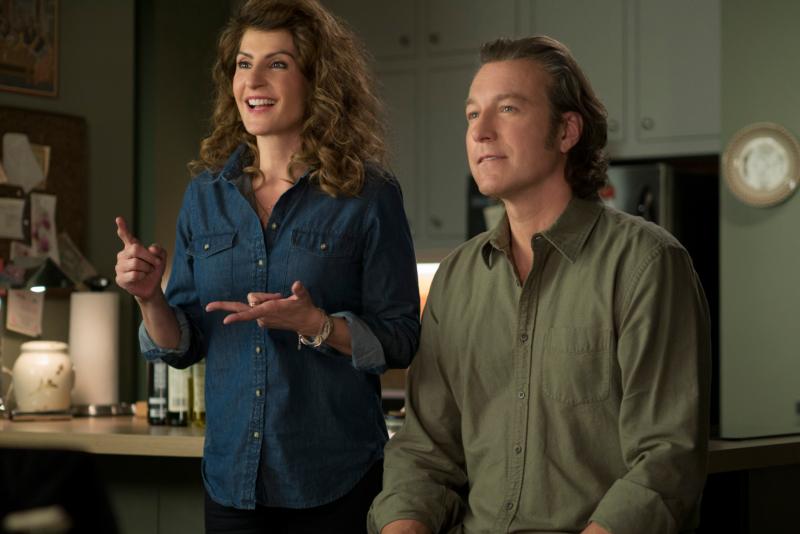 Nia Vardalos and John Corbett star in a scene from the movie "My Big Fat Greek Wedding 2." (CNS photo/Universal)

NEW YORK (CNS) — The close-knit Portokalos family — loving, clingy, earthy and in your face at all the most inopportune moments — returns in “My Big Fat Greek Wedding 2” (Universal).

Unfortunately, this follow-up lacks the zest of the 2002 romantic comedy that launched the formula “My Big Fat (fill in the blank)” into the American lexicon.

The moral structure is still there — these folks look after each other with admirable ferocity. And, as in the first film, not a lot really goes on.

Self-sacrificing Toula (Nia Vardalos, who also wrote the screenplay) is back working in her parents’ Greek restaurant in Chicago, the bad economy having shuttered her travel agency.

Her daughter, Paris (Elena Kampouris), now a high school senior, finds their family a constant source of embarrassment. As Toula notes, “They don’t know the difference between closeness and suffocation.”

Toula and husband Ian (John Corbett) are having difficulties rediscovering marital intimacy. Paris wants to go to college in New York to gain some distance from the clan.

And then there’s paterfamilias Gus (Michael Constantine). While researching his genealogy online in an attempt to prove that he’s a descendant of Alexander the Great, Gus digs out his marriage license, only to find that the priest forgot to sign it.

Meaning — according to the logic of the script anyway — that he and spouse Maria (Lainie Kazan) have not been legally married all these years. So they must plan a wedding.

That’s pretty much it. The real problem, though, isn’t with the ambling plot. It’s the fact that Vardalos only manages the occasional adept gag, while director Kirk Jones can do little with the rest of the project.

As a result, the story comes down to a few pithy quotes interspersed with half-hearted physical comedy that has the taste of stale moussaka.

The film contains sexual references and light banter. The Catholic News Service classification is A-III — adults. The Motion Picture Association of America rating is PG-13 — parents strongly cautioned. Some material may be inappropriate for children under 13.

NEXT: ‘At the Altar of Wall Street’ sees global economy as religion