Secrets abound in ‘Mother’s Day’ but pretentions are clear 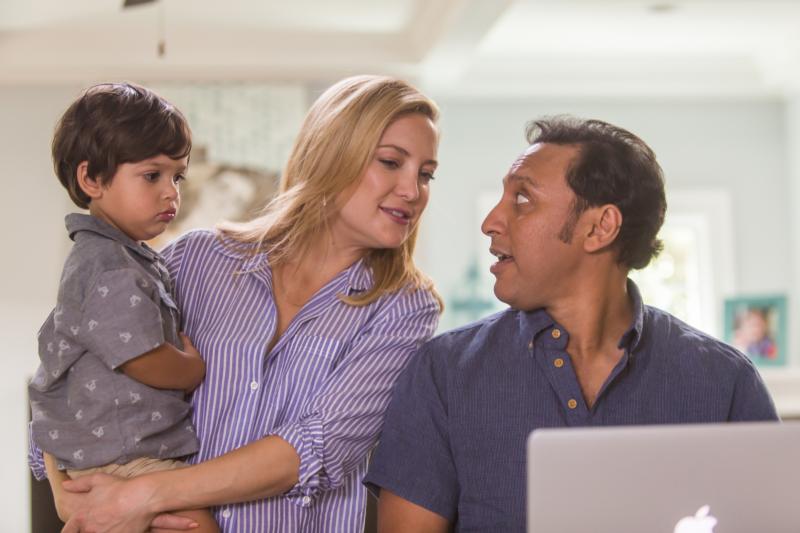 They are, quite often, terribly complicated mysteries involving racist beliefs, homophobia and even children abandoned at birth. Each story line could, in theory, be a compelling and instructive drama on its own terms.

Garry Marshall’s uneven direction, however, added to a discursive script by Tom Hines, Lily Hollander, Anya Kochoff and Matthew Walker, turns all of this into a leaky slop bucket of bromides.

Not only are none of the themes seriously examined, some of the characters are given equally short shrift. This is particularly noticeable with regard to the few African-Americans on screen. They’re always on the sidelines of the plot, and appear to be written only as wisecracking comic relief.

In the manner of Marshall’s “Valentine’s Day” in 2010 and “New Year’s Eve” from the following year, there are six subplots, with more threads than a Tolstoy novel. This time, the setting is the upscale Buckhead neighborhood of Atlanta.

Sandy (Jennifer Aniston) and Henry (Timothy Olyphant) are divorced and share custody of their two sons on the friendliest of terms. But conflict develops when Henry announces he’s married the much-younger Tina (Shay Mitchell).

Jesse (Kate Hudson) and Gabi (Sarah Chalke) are sisters who live next door to each other. Both are keeping secrets from their clueless parents, bigoted Texans Flo (Margo Martindale) and Earl (Robert Pine).

Jesse is married to South Asian doctor Russell (Aasif Mandvi) with whom she has a son and shares a stepson; Gabi is in a long-term lesbian relationship with Max (Cameron Esposito). But Jesse has told her parents she’s engaged to a lawyer, while Gabi’s cover story involves a fiance named Stan.

Fledgling stand-up comic Zack (Jack Whitehall) has an infant daughter with — and longs for a marital commitment from — live-in girlfriend Kristin (Britt Robertson). Kristin has abandonment issues because she’s not sure who she really is. She was adopted, and she knows the identity of her biological mother, but is afraid to meet her.

Widower Bradley (Jason Sudeikis), a gym owner whose wife died overseas while serving in the Marine Corps, navigates being a single father of two young daughters while fending off the matchmaking schemes of his friends at the gym.

Hovering over all of this like Titania, the fairy queen of Shakespeare’s “A Midsummer Night’s Dream,” is Miranda (Julia Roberts). She hawks costume jewelry on a home-shopping network, and her occasional interaction with other characters is marked by a mix of brittleness and compassion.

It would require considerable focus and aplomb to keep an audience engaged with all this. Instead, Marshall and the screenwriters decide that the easiest way to better the outlook of their more recalcitrant figures is to place them in enlightening peril.

Serious issues involving blended families get brushed aside in favor of slapstick sequences and soppy expressions about mothers. Thus Zack observes: “In every atom of their bodies they know what’s best for their children.”

Such aesthetic flaws are matched by a faulty moral outlook. While the screenplay presents an ultimately positive view of marriage, other arrangements clearly at odds with scriptural values, though they may be dealt with only fleetingly, are given an unthinking pass.

There’s no question of an agenda; cohabitation and same-sex unions, treated as marriages, are simply presented as aspects of contemporary society that the audience is meant to take for granted. Well-grounded grownups will know how to assess — and resist — this skewed thinking.

The film contains tacit acceptance of immoral lifestyles, some distasteful humor, at least one rough term and occasional crude language. The Catholic News Service classification is L — limited adult audience, films whose problematic content many adults would find troubling. The Motion Picture Association of America rating is PG-13 — parents strongly cautioned. Some material may be inappropriate for children under 13.

NEXT: Author’s scholarly take on Peter brings Holy Land to life for readers