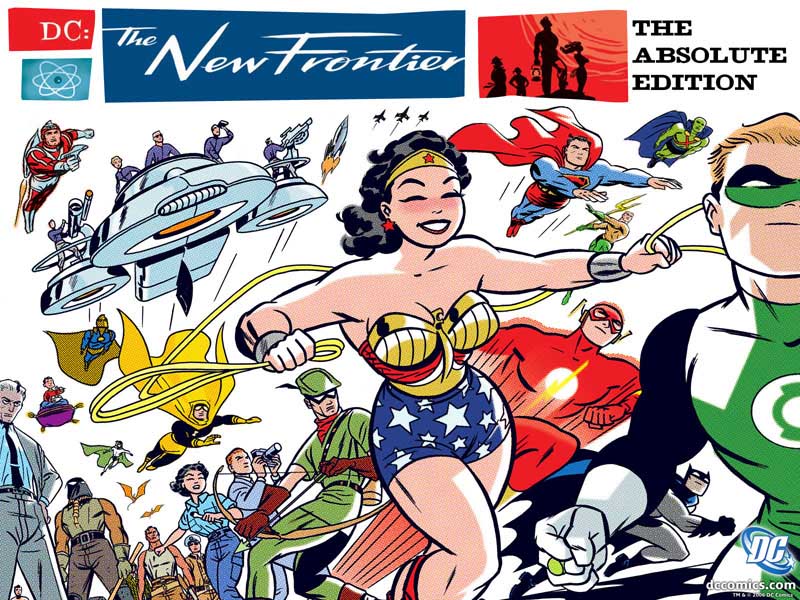 NEW YORK (CNS) — The comic book world recently lost a unique talent when artist and writer Darwyn Cooke passed away from cancer at age 53. Cooke, who died May 14, produced several noteworthy comics in his career.

Perhaps the best is the graphic novel “DC: The New Frontier” (DC Comics), a paperback deluxe edition of which was released in June.

Cooke, a Canadian, is known for bringing a vibrant, neoclassical style back to comics. His renderings of Batman, Superman and the other players in the DC universe (the realm in which he did his finest work) are a pastiche of comic legend Jack Kirby, vintage art-deco advertising design from the 1950s and a touch of Cooke’s individual modern flair. The artwork is bold and enchanting.

Those looking to appreciate Cooke’s abilities would do well to start with “DC: The New Frontier,” which was originally published as a six-issue series of comics in 2004. However, while Cooke’s art is almost childlike in its delightful simplicity, his plot is too complex and his subject matter too serious for youngsters. Additionally, although there’s no nudity, there are a few examples of objectionable language.

Set in the 1950s and early 1960s, the novel — which was adapted as the animated, direct-to-video film “Justice League: The New Frontier” in 2008 — examines issues of racism, immigration, the blacklisting of accused subversives and the morality of the Vietnam War.

This is the paradox of “DC: The New Frontier”: Cooke used an old-school style because, as he himself said, he thought that modern comics had gotten too dark and depressing. Yet his narrative takes on many of the social and cultural upheavals that rocked the West in the second half of the 20th century.

Cooke thus chooses to portray a number of unpleasant historical episodes that early comics — at least until the arrival of the socially conscious Marvel of the 1960s — would have avoided.

“DC: The New Frontier” takes place in the 15-year period between the end of World War II and John F. Kennedy’s acceptance speech at the 1960 Democratic National Convention, during which he coined the titular phrase. The bulk of the story transpires in the 1950s.

Superheroes — aka “the masked men” — have been issued an ultimatum by President Dwight Eisenhower: Either take a loyalty oath to the government or give up fighting crime. (This is an obvious precursor to the plot of the recent film “Captain America: Civil War.”)

Superman and Wonder Woman, both of whom are aiding French anti-communist efforts in Vietnam, sign up. But Batman refuses to do so, instead keeping active but hidden amid the shadows of Gotham City. Most of the other masked men, including the speedster known as the Flash, abandon costumed crime-fighting altogether. J’onn J’onzz, a Martian shape-shifter, disguises himself as an ordinary detective.

While all this is going on, people are beginning to act in strange ways, joining cults and committing crimes in the name of a mysterious prehistoric entity called “the Centre.” The Centre is having a growing psychological effect on everyone on Earth, including Hal Jordan, an Air Force pilot involved with a mission to send a man to Mars. As comic book fans will know, Jordan is the future Green Lantern.

Ultimately, the Centre becomes a global threat, requiring a joint response by the superheroes. Backed by the renewed appreciation of the government, they form a “Justice League.”

If this seems to add up to an involved story line, it does. But like all of Cooke’s work, “DC: The New Frontier” is a joy to read, alive with the love that Cooke had for these characters.

The graphic novel contains mature themes and a couple of instances each of profane and crass language. The Catholic News Service classification is A-III — adults. Not otherwise rated.

NEXT: 3-D documentary on papal basilicas a mixed blessing