‘Star Trek Beyond’ goes where none of its forebears have gone 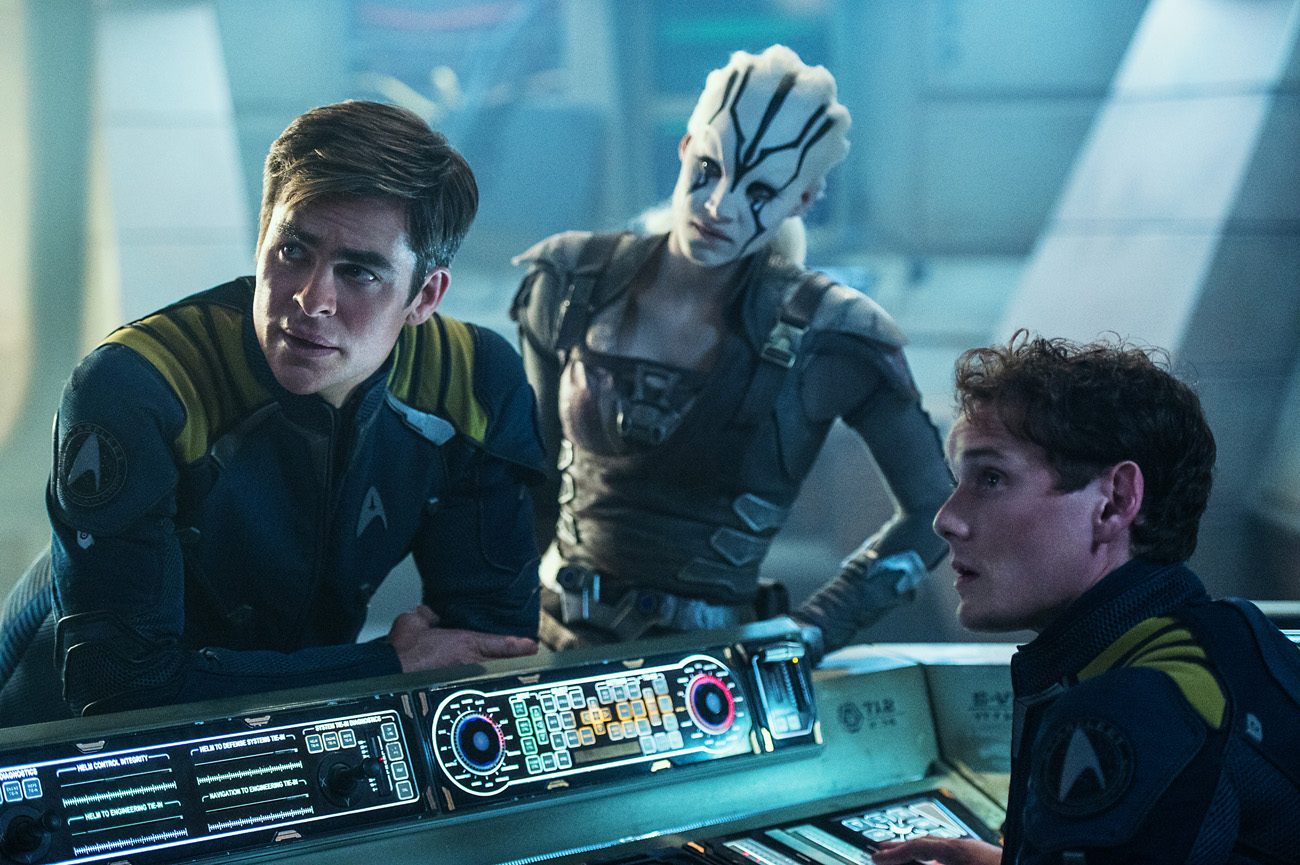 Chris Pine, Sofia Boutella and Anton Yelchin star in a scene from the movie "Star Trek Beyond." (CNS photo/Paramount)

NEW YORK (CNS) — Fifty years after its debut on television, “Star Trek” bursts onto the big screen again in its 13th feature-film outing.

While the bad luck dreaded by triskaidekaphobes fails to curse the aesthetics of this latest production, there is an unwelcome — though fleeting — development in the moral realm.

Overall, “Star Trek Beyond” (Paramount) is a rousing and rambunctious 3-D adventure, directed at a furious pace by Justin Lin. That seems natural enough, given that Lin is perhaps best known for helming several of the films in the “Fast & Furious” franchise.

Here, with nary an automobile in sight, Lin embraces the universe as his canvas and makes the most of it. He stages thrilling scenes of galactic peril, including the wholesale destruction of the Starship Enterprise.

Fatigue and malaise have struck the denizens of the Enterprise at the midpoint of their five-year mission. The captain, James T. Kirk (Chris Pine), is jaded and restless. The romance between Cmdr. Spock (Zachary Quinto) and Lt. Uhura (Zoe Saldana) has waned. Ship’s doctor “Bones” McCoy (Karl Urban) is crankier than ever.

In a twist that has made headlines, helmsman Sulu (John Cho) is revealed to be gay. In a brief scene, he’s shown with a male partner and young daughter. The casualness with which this situation is treated is itself part of an underlying agenda.

The Enterprise docks at a floating metropolis called Yorktown for a refit. There Kirk receives his next mission: A distress call in an uncharted part of the galaxy — ergo, “beyond” — must be answered.

It’s a trap, of course, and before you can say, “Beam me up, Scotty,” the ship is destroyed and the crew taken hostage on a hostile planet.

A reptilian megalomaniac named Krall (Idris Elba) is to blame. He seeks the wholesale destruction of humanity (of course) through use of the ultimate weapon (what else?).

Krall’s motives and true identity are revealed in due course. In the meantime, it’s up to Kirk to rally his troops and stage a counterattack against overwhelming odds.

“We will do what we have always done,” says Spock. “We will find hope in the impossible.”

Luckily there’s also a friendly zebra-striped alien named Jaylah (Sofia Boutella) waiting in the wings with a bag of tricks. When she’s not too busy smacking down the baddies, Jaylah likes to fix things and make eyes at Scotty.

“Star Trek Beyond Comprehension” might be a better title for a film so crammed with technical jargon and nostalgic references that only diehard Trekkies will fully understand. Even for those outside that category, however, this could normally be endorsed as a fun summer popcorn movie, though its action is too intense for kids.

Yet, by choosing to climb aboard the gay-pride bandwagon (which nowadays often feels more like a juggernaut) and embrace an undiscriminating attitude toward actions incompatible with a Gospel-based lifestyle, the filmmakers set themselves at odds with Christian values.

Many grown moviegoers may, in reality, be prepared to take this (admittedly incidental) element of the picture in stride. Given the broad cultural impact this widely loved franchise is capable of exerting, though, and the clear intent to make a statement with the scene in question, the restrictive classification assigned below seems necessary as a warning, if nothing else.

The film contains considerable, mostly bloodless violence, including torture, a benign view of homosexual acts and a fleeting sexual reference. The Catholic News Service classification is L — limited adult audience, films whose problematic content many adults would find troubling. The Motion Picture Association of America rating is PG-13 — parents strongly cautioned. Some material may be inappropriate for children under 13.