‘The Infiltrator’ follows the money trail of drug trafficking to bankers 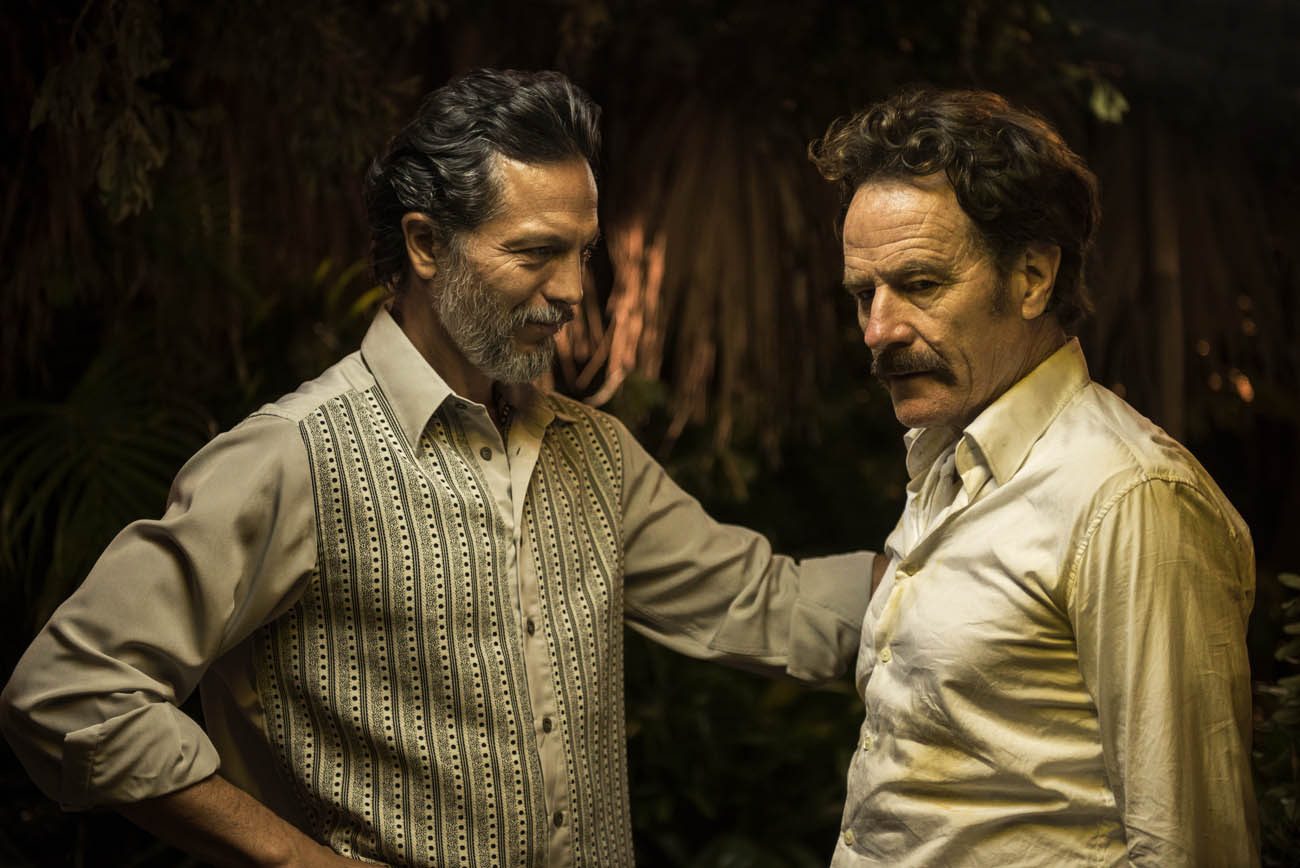 Benjamin Bratt and Bryan Cranston star in a scene from the movie "The Infiltrator." (CNS photo/Broad Green Pictures)

NEW YORK (CNS) — Though it’s adapted from Robert Mazur’s memoir of his takedown of the Medellin drug cartel in the 1980s, bankers, not cocaine smugglers, are the real villains in “The Infiltrator” (Broad Green).

The lackluster film, however, doesn’t explain money laundering by Panamanian financiers as well as it showcases Mazur (Bryan Cranston) as an amiable and moral family man leading a double life.

Incredible as it seems today — when all identities are presumably traceable online — Mazur, a U.S. Customs agent, could play “international banker” Bob Musella all day, and still return each evening to a quiet domestic life in Tampa, Florida.

His false persona came complete with an elaborate fake office and a private aircraft supplied through government seizure. On the downside, it also involved fighting gun battles and getting run off roads in high-speed chases.

This obviously must have taken a psychological toll. But director Brad Furman and screenwriter Ellen Brown Furman (the helmer’s mother) downplay this aspect in favor of keeping the multinational deceptions going.

Mazur/Musella’s biggest weapon isn’t a gun — he doesn’t even seem to carry one — but rather a tape recorder hidden in his briefcase.

There are a lot of bad guys to deceive: Friendly Panamanian bankers who will disguise any transaction if asked, flamboyant Colombian drug lord Javier Ospina (Yul Vazquez) as well as Ospina’s chief distributor, Roberto Alcaino (Benjamin Bratt). Mazur woos Alcaino with the help of Kathy Ertz (Diane Kruger), an undercover agent on her first assignment who poses as Mazur’s fiancee.

Along the way, Mazur also clashes with fellow operative Emir Abreu (John Leguizamo), who gets him into several dangerous scrapes, and with an informant, Dominic (Joseph Gilgun), who enjoys describing the painful means of death that await if Mazur’s elaborate ruse goes awry.

Somewhere in all of this the suspense goes missing. The banking scenes register as light comedy while Mazur’s lengthy efforts to ingratiate himself with Alcaino have the flavor of a domestic drama.

No one discusses the toll of cocaine on addicts, or how drug use leads on to more lethal crimes. Instead, the smuggling is only viewed as an easy way to make considerable money at a time when the U.S. government’s response to addiction largely consisted of the slogan “Just Say No.”

PREVIOUS: All the single ladies fire up the gags in new ‘Ghostbusters’

NEXT: ‘Papal Ninja’ brings message of faith to TV audience during competition