All the single ladies fire up the gags in new ‘Ghostbusters’ 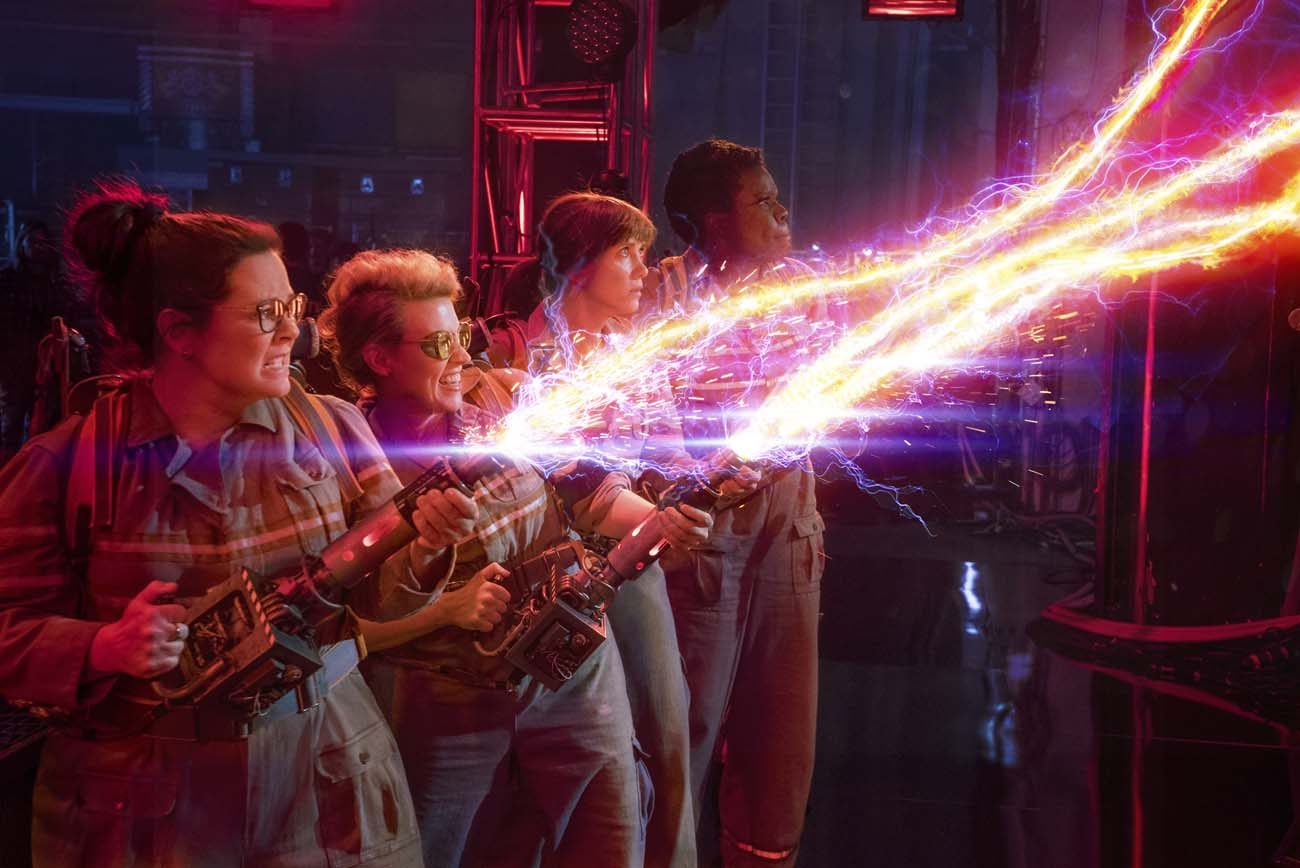 NEW YORK (CNS) — Few films released over the last several decades have embedded themselves as firmly in the public consciousness as the 1984 comedy “Ghostbusters.”

Both the lyrics and the tune of its impossible-to-forget theme song cling tenaciously in the collective memory. So too do any number of its one-liners and visual images (“He slimed me!”).

While the franchise offerings that followed generally failed to live up to the quality of the original, they did extend across several media, from the 1989 big-screen sequel (unimaginatively titled “Ghostbusters II”) to television, comic books and video games. And now — lo, these many years later — there arrives a reboot.

The plot of this 3-D “Ghostbusters” (Columbia) runs a similar course to that of its long-ago progenitor. But director and co-writer (with Katie Dippold) Paul Feig mixes things up by shifting the gender balance. In lieu of the Reagan-era male specter collectors — played by Bill Murray, Dan Aykroyd, Ernie Hudson and Harold Ramis — we get lady metaphysical musketeers.

The first of these we meet is Columbia University physics professor — and tenure aspirant — Erin Gilbert (Kristen Wiig). With her future on the line, the last thing Erin can afford is to have her colleagues discover that she once collaborated on a book about the paranormal with her now-estranged best friend, Abby Yates (Melissa McCarthy).

So when Abby, who continues to research the subject, puts their volume up for sale on the internet, Erin pays a visit to Abby’s lab to protest. There she’s introduced to Abby’s current sidekick, tech whiz Jillian Holtzmann (Kate McKinnon).

Spooky circumstances soon have Erin and Abby patching up their differences and teaming with Jillian to track the numerous ghosts that have suddenly started popping up around New York City. They’re eventually joined on their hunt by no-nonsense transit worker Patty Tolan (Leslie Jones), whose subway station has fallen victim to one of the hauntings.

Rounding out the band of wraith wranglers is Kevin (Chris Hemsworth), the ditzy hunk of a secretary the women hire after renting office space for their new partnership. The dumb-blond/eye-candy gags aimed at Kevin typify the overall tone of the proceedings, a light note that’s eventually drowned out by an increasingly heavy emphasis on (admittedly spectacular) special effects.

The movie’s treatment of the supernatural is unlikely to lead even the impressionable astray. But the fact that the jokes, though generally harmless, sometimes drift into mild raunchiness makes this suitable for grownups only.

The film contains occult themes, some strong but stylized violence, a suicide, brief irreverence, occasional sexual and scatological humor, at least one use each of profanity and crude language, several crass terms and a series of obscene gestures. The Catholic News Service classification is A-III — adults. The Motion Picture Association of America rating is PG-13 — parents strongly cautioned. Some material may be inappropriate for children under 13.

PREVIOUS: No accounting for taste in ‘Mike and Dave Need Wedding Dates’

NEXT: ‘The Infiltrator’ follows the money trail of drug trafficking to bankers