Collection on mercy has much to say about often-misunderstood virtue 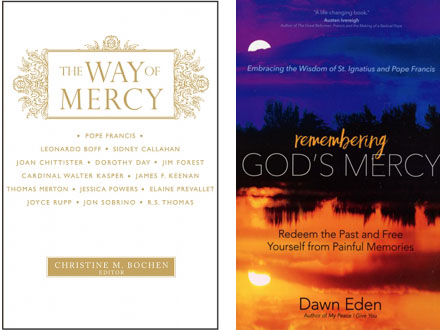 We are now well past the halfway point of the Jubilee Year of Mercy, begun Dec. 8, 2015, by Pope Francis. Several books have been published or reissued on the subject of mercy and some of them have proven to be a means to reacquaint ourselves with a virtue that most people consider a “soft,” almost squishy, virtue.

Almost uniformly, the authors of the essays collected in “The Way of Mercy” deny this viewpoint on mercy. Jim Forest, one of the authors, calls mercy, “a hard virtue, even if it sounds like a soft quality.” Cardinal Walter Kasper goes even further, writing that “many … confuse mercy with laissez-faire pseudo mercy … as a weaker, pastoral permissiveness and a Christianity-lite, as a way of being Christian at a reduced cost.”

Trappist Father Thomas Merton in his essay, “The Climate of Mercy,” argues that the mercy of God calls us “to become a new man and to participate in a new creation, precisely, the work of mercy and not of power.” But, more darkly, Father Merton claims that we falsify mercy by confusing Western social values and the message of the Gospel. He adds, “The bitter truth of Auschwitz and Hiroshima has begun, it seems, to clarify this situation.”

Father Merton saw Western democracies as a market society and argued that it was the market “that, in realty, determines the existence, indeed, the survival of all men.” The world of the market makes the struggle of mercy not “against a rigid morality, but against a different and more subtle hardening of the heart, a general loss of trust and of love rooted in greed,” he writes.

Several of the authors argue that that our materialism makes us more focused on the exacting of justice than on the offering of mercy. If virtues are treated like commodities in a materialistic society, justice is more quantifiable; sentences are handed down and can be measured in years.

The giving of mercy resists such attempts to quantify it. The recent Stanford rape case is a good example of how mercy can be scorned in a justice-hungry society. A student was found guilty of brutally raping a young woman he found lying outside in a drunken stupor and received a lenient sentence of six months’ jail time.

There was an immediate uproar claiming the judge had given too light a sentence. (The student could have received 10 years in jail). Close to a million people signed an online petition condemning the judge and, a few days later the state of California removed the judge from another similar case. The judge’s claims that the boy had no previous criminal record and showed genuine remorse for his actions seemed to have no effect upon the public. The judge’s mercy was and is seen as weakness and as a lack of compassion for the victim.

But mercy is not always seen so negatively, Loretto Sister Elaine M. Prevallet writes, “Mercy is perhaps the loveliest of all God’s qualities … the love that reaches into the dark space of our flailing and failing, our losing and our dying”. It is mercy, she writes, that gives us a “solidarity with any part of creation that is suffering, oppressed, handicapped or victimized.” Dorothy Day, one of the founders of the Catholic Worker movement, quotes George Bernanos, who wrote, “Every particle of Christ’s divine charity is today more precious for your security than all the atom bombs in stockpiles”.

This slim volume has many more powerful and interesting things to say on that most misunderstood of virtues: mercy.

Another mercy-related book, “Remembering God’s Mercy,” is the second book by Dawn Eden, a follow-up to her best-selling “My Peace I Give You.” In that first book, Eden showed how the painful memories of sexual abuse can be healed through prayer and transforming memories “by coloring the past and present with (God’s) story of salvation.”

In his second volume, she widens the range of painful memory to include every wrong we hold in our memory. But there doesn’t seem to be much that wasn’t covered in the first book in the new one and the reader can sense that when reading it.

Yearley is a graduate of the Ecumenical Institute of St. Mary’s Seminary and University in Baltimore and plans to pursue a doctorate in ministry there.

NEXT: Meryl Streep charms and charges ahead in touching, humane tale