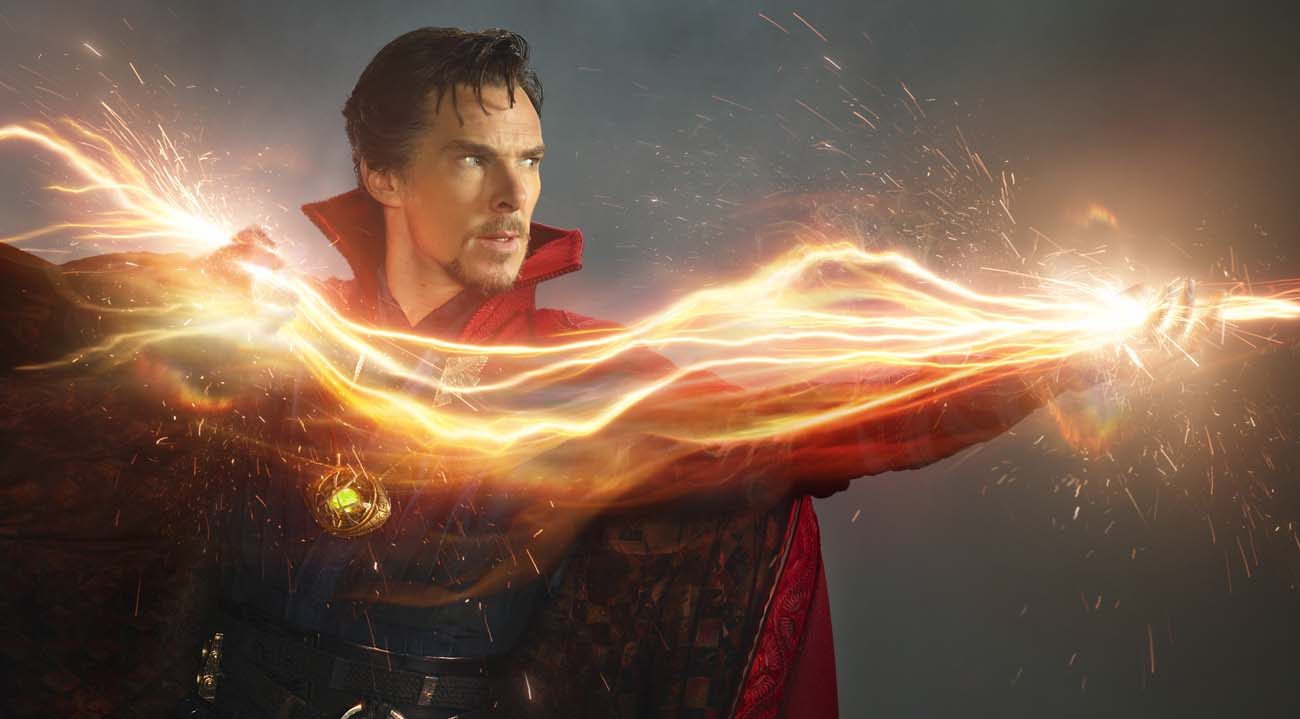 Benedict Cumberbatch stars in a scene from the movie "Doctor Strange." (CNS photo/Disney)

As directed and co-written by Scott Derrickson, this first big-screen adventure for the Marvel Comics superhero who debuted in print back in 1963 showcases a surfeit of magical nonsense and New Age rigmarole concerning spell-casting, astral bodies and the like. Accordingly, it’s not at all suitable fare for impressionable youngsters.

When a car accident severely damages his hands, blighting his career, brilliant but egotistical neurosurgeon Dr. Stephen Strange (Cumberbatch) feverishly pursues conventional treatments. But none holds out any hope of restoring his steady touch.

Desperately frustrated, he lashes out at the one sympathetic figure in his life, his long-suffering ex-girlfriend and current colleague, Dr. Christine Palmer (Rachel McAdams). The resulting breach makes his emotional isolation complete.

Acting on a tip from recovered paraplegic Jonathan Pangborn (Benjamin Bratt), Strange travels to Nepal to meet the guru (Swinton) Pangborn claims brought about his seemingly miraculous cure. Her followers refer to this bald, and otherwise unnamed, personage as “the Ancient One.”

When Strange’s skeptical materialism proves a hard nut to crack, the Ancient One launches him on a series of giddy rides across the cosmos, trips during which the audience might be forgiven for half expecting him to run into the ghost of Timothy Leary or the lineup of Jefferson Airplane circa “White Rabbit.”

Convinced by these odd odysseys, Strange places himself, more or less wholeheartedly, under his new spiritual master’s tutelage. He receives a mix of martial-arts and metaphysical training from one of her disciples, Karl Mordo (Chiwetel Ejiofor). He also gets some arcane book-learning courtesy of her comically poker-faced and reticent librarian, Wong (Benedict Wong).

Instead of the healing he was initially searching for, however, Strange discovers a sort of otherworldly vocation as he becomes a warrior in the struggle between his newfound mentor and Kaecilius (Mads Mikkelsen), a former student of the Ancient One’s who has embraced the forces of evil.

“Doctor Strange” features some spectacular special effects reminiscent of Christopher Nolan’s “Inception.” And the acting rises well above the genre average, placing it in the company of the best “Iron Man” outings.

Yet, in order to enjoy these assets, viewers of faith will have to overlook all the mumbo-jumbo interwoven into the script, which Derrickson penned along with Jon Spaihts and C. Robert Cargill. Thus, only those mature teens able to treat such elements as on a par with the Wicked Witch of the West and her flying monkeys — a task not made easier by the fact that the hooey on offer here comes decked out in the trappings of Buddhism — should be given the green light.

The film contains pervasive occult dialogue and action, some stylized violence, fleeting gory images and a handful of crude and crass terms. The Catholic News Service classification is A-III — adults. The Motion Picture Association of America rating is PG-13 — parents strongly cautioned. Some material may be inappropriate for children under 13.

PREVIOUS: Memoir of Notre Dame priest has insights but not definitive biography