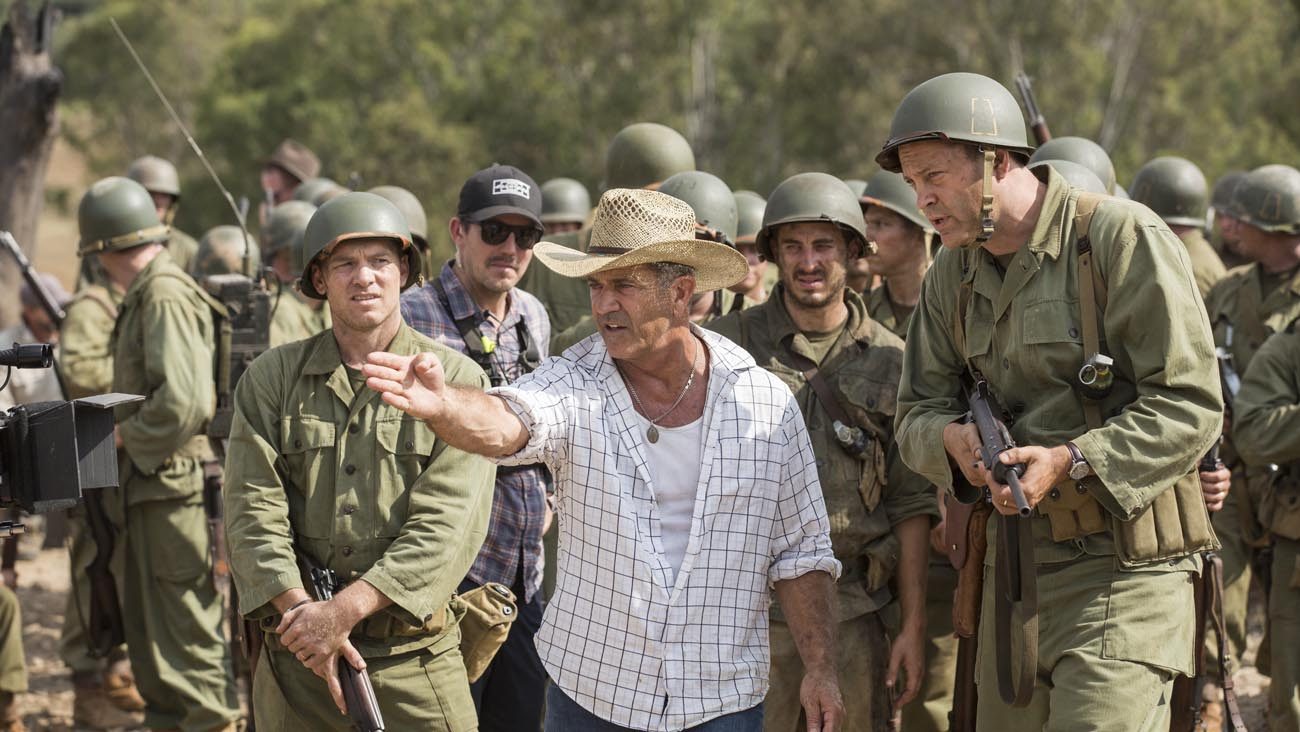 NEW YORK (CNS) — Ever since the success of 2004’s “The Passion of the Christ,” viewers of faith have waited anxiously for a follow-up from the film’s director, Mel Gibson.

Recently, Gibson revealed that he is indeed planning a sequel — centered on the resurrection of Jesus — but its debut is still several years away.

In the meantime, fans will find at least a thematic successor to Gibson’s Bible-based work in his latest movie, “Hacksaw Ridge.” This new release could easily be subtitled, “The Passion of Desmond T. Doss.”

A committed Seventh-day Adventist and World War II conscientious objector, Doss (portrayed on screen by Andrew Garfield) was unwilling to take lives but anxious to save them.

Overcoming derision and abuse from his peers — and a push by his superiors to expel him from the Army with a dishonorable discharge — he was allowed to remain in the service as a medic. During the bloody Battle of Okinawa in the closing months of World War II, Doss saved scores of wounded soldiers in a manner so courageous that Congress eventually awarded him the Medal of Honor.

“Hacksaw Ridge” marks Gibson’s return to the director’s chair after a 10-year absence.

“It’s a very inspiring story and it seemed to be perfectly suited to the cinema,” Gibson told the audience at a recent screening of the drama held at the Sheen Center for Thought & Culture, a forum for discussion and the arts run by the Archdiocese of New York.

“It’s a love story, not a war film,” he explained. “I wanted to accentuate who Desmond was in the midst of this maelstrom of violence that reduces most men to the level of animals.”

“He was armed only with his faith, and went in and put his life on the line for his brothers. Who could possibly go into a situation like he did without something bigger to believe in?”

Gibson brought his signature visual style, laden with religious imagery, to the movie, which is told in two acts: Doss’ youth in rural Virginia, and the ferocious combat on Okinawa atop a cliff nicknamed “Hacksaw Ridge.”

“I had this vision of a Norman Rockwell painting jammed up against a Hieronymus Bosch painting,” he explained. “You had ideal, sweet innocence, and then you had hell. You take the same people into the other painting. It’s the death of innocence, and I wanted to give people an idea of what that feels like, and what our veterans suffered as a result of combat situations.”

“Hacksaw Ridge” draws parallels to “The Passion of the Christ” in Doss’ perseverance, remaining true to his Christian faith despite extraordinary obstacles, and winning the respect of his comrades in the end.

“Desmond’s biggest hero was Jesus, and he was trying to emulate him in any way he could,” Gibson said in an interview with Catholic News Service. “‘Greater love hath no man than to give up his life for his friends,’ which is what he did — again and again and again.

“He crawled into very dangerous and perilous situations to save others, which is the most selfless act of love you can have,” Gibson continued. “In that sense he emulated Christ perfectly.”

Joining Gibson at the Sheen Center was Pulitzer Prize-winning playwright Robert Schenkkan (“All the Way”), who co-wrote the screenplay for “Hacksaw Ridge” with Andrew Knight.

Schenkkan praised Doss as a positive role model, especially for men: “He embodies the Christian ethos, which is all about subordination of self to a higher power, compassion, and self-sacrifice,” Schenkkan observed. “And I think that is a really important image of masculinity to put out there right now.”