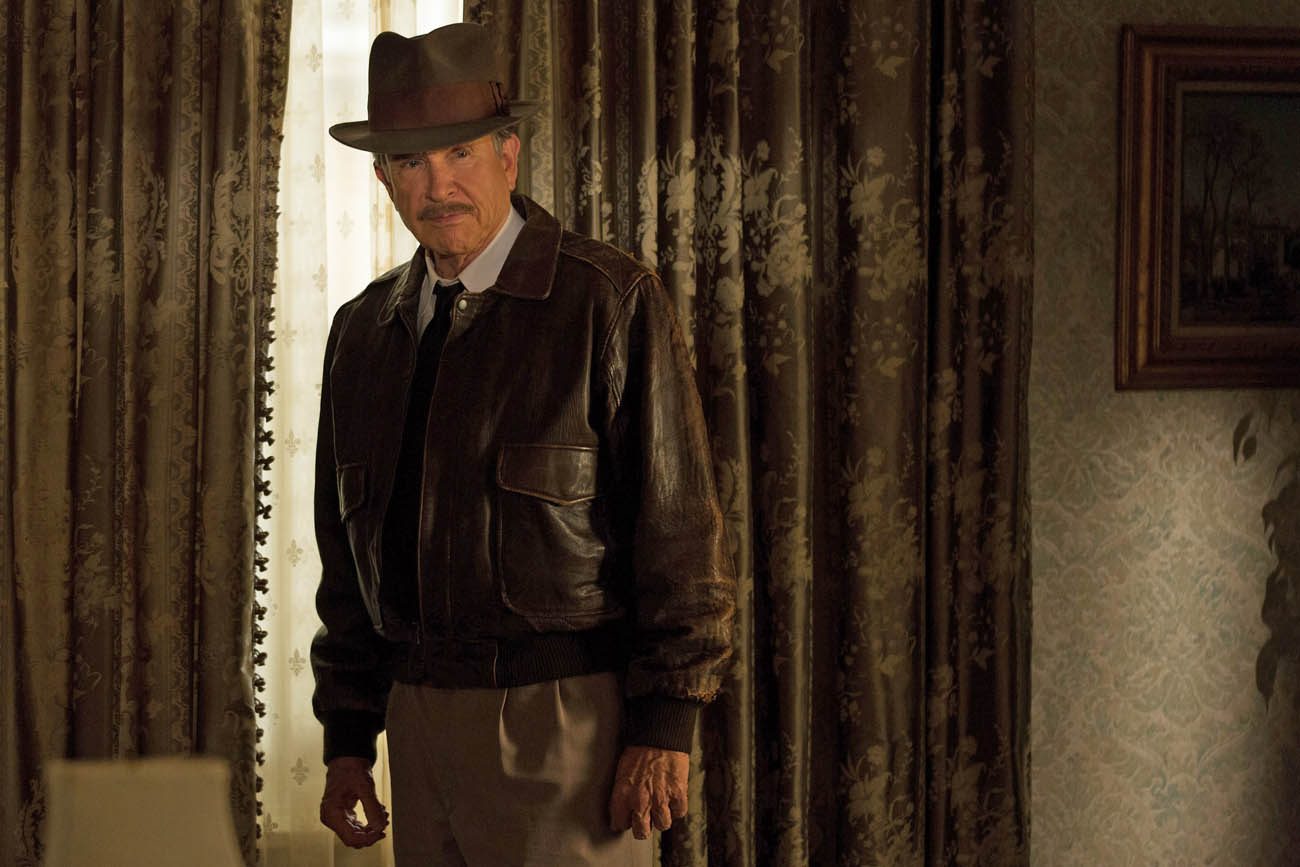 Part romantic comedy, part biopic, the film suffers from an unstable tone. Additionally, Beatty’s script adopts a mostly negative attitude toward the influence of Christian faith in the personal lives of his two principal characters.

Small-town beauty queen and aspiring actress Marla Mabrey (Lily Collins) finds herself a cultural fish out of water when she becomes one of the many fetching would-be stars summoned to 1950s Hollywood by Hughes (Beatty), whose holdings then included RKO Pictures. Like her peers, she’s housed in style and assigned a chauffeur, Frank Forbes (Alden Ehrenreich). Part of Frank’s job is to report any misbehavior with men he might observe.

Despite strict rules against fraternizing, the two young people fall for each other. But the looming, though often invisible, presence of their increasingly unhinged employer complicates matters in unexpected ways, threatening to thwart their happiness.

Religion plays a prominent part in the film. As we learn early on, both Marla and Frank have been hired by Hughes in part because they are devout mainline Protestants. He’s a Methodist, and she belongs to the Baptist Church in which Beatty himself was raised. Beatty’s slightly sneering script portrays the duo’s faith-based sexual mores as naive and repressive and their eventual loss of innocence as at least partially liberating.

There’s a good deal of moral confusion along their path to supposed sophistication: a hidden love affair, an unexpected pregnancy, an engagement that’s called off almost as soon as it’s made — but not before it’s used as a green light for sex. Along with the movie’s anti-religious undercurrent, all these plot twists call for careful assessment by mature viewers.

And then there’s the artistic imbalance. Frank and Marla’s love story sits uncomfortably beside the awkwardly humorous spectacle of a brilliant billionaire slowly going bonkers. Nor is Hughes’ mental decline always played for laughs. His obsession with his dead father involves a painful sense of loss and disappointment while the fact that no one is willing to defy him, even for his own good, feels tragic.

The film contains an ambivalent depiction of Christian faith, semi-graphic scenes of premarital sex, some distasteful visual humor, mature themes, including abortion, several profanities, at least one use each of rough and crude language and a few crass terms. The Catholic News Service classification is L — limited adult audience, films whose problematic content many adults would find troubling. The Motion Picture Association of America rating is PG-13 — parents strongly cautioned. Some material may be inappropriate for children under 13.

NEXT: Yes, there are more Christmas traditions to trash in ‘Bad Santa 2’