Yes, there are more Christmas traditions to trash in ‘Bad Santa 2’ 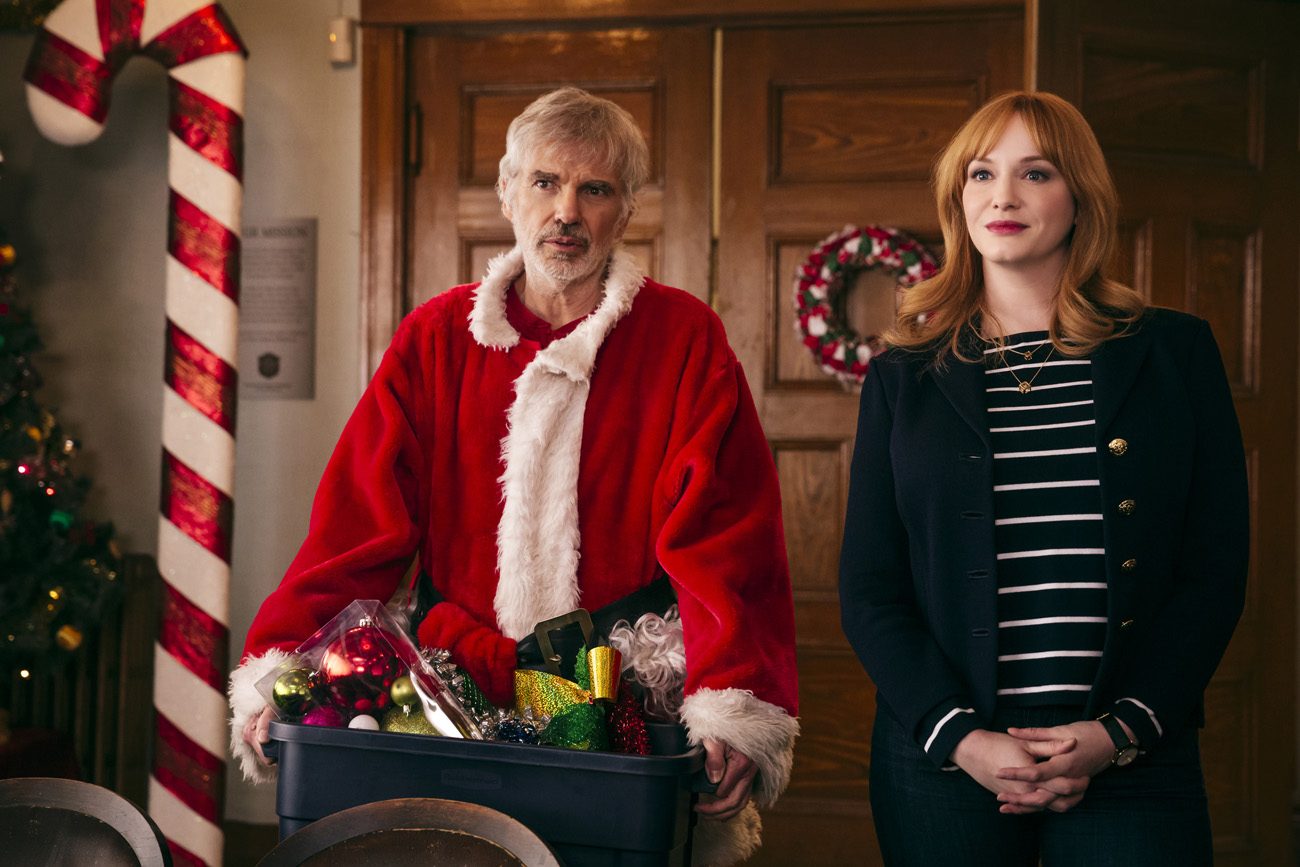 NEW YORK (CNS) — As soul-deadening as its squalid urban setting, “Bad Santa 2” (Broad Green) attempts to mine laughs out of human degradation.

As he did in the 2003 original, Billy Bob Thornton’s alcoholic safe-cracker Willie somehow manages to desecrate more Christmastime traditions than might seem possible.

He’s again on the loose with his partner, Marcus (Tony Cox), and hopelessly naive hanger-on Thurman (Brett Kelly), the only person who actually loves and trusts him. This time out, Willie is also joined by his con-artist mother, Sunny (Kathy Bates).

The plot involves a plan to rob a corrupt Chicago charity that ostensibly helps the needy. The fact that this concern somehow hires ex-convicts as sidewalk Santas gives Willie, Marcus and Sunny the means to don holiday costumes and execute the heist.

When he’s not too busy planning this rancid caper, Willie, who has just enough self-awareness to realize his misery, lashes out continuously at his companions.

All women in this scenario are cynical, nearly brainless and alternate between having sex and loudly discussing it. Joyless fornication provides Willie with the only thing approaching a real connection to humanity.

Director Mark Waters and screenwriters Johnny Rosenthal and Shauna Cross go far beyond the tropes of dark comedy to give a sour portrayal of hell on earth. Several hard punches to the face are likely to feel more entertaining.

NEXT: Canadian author hides message of hope in bleak landscape