‘Miss Sloane’ no paragon of virtue while fighting for convictions 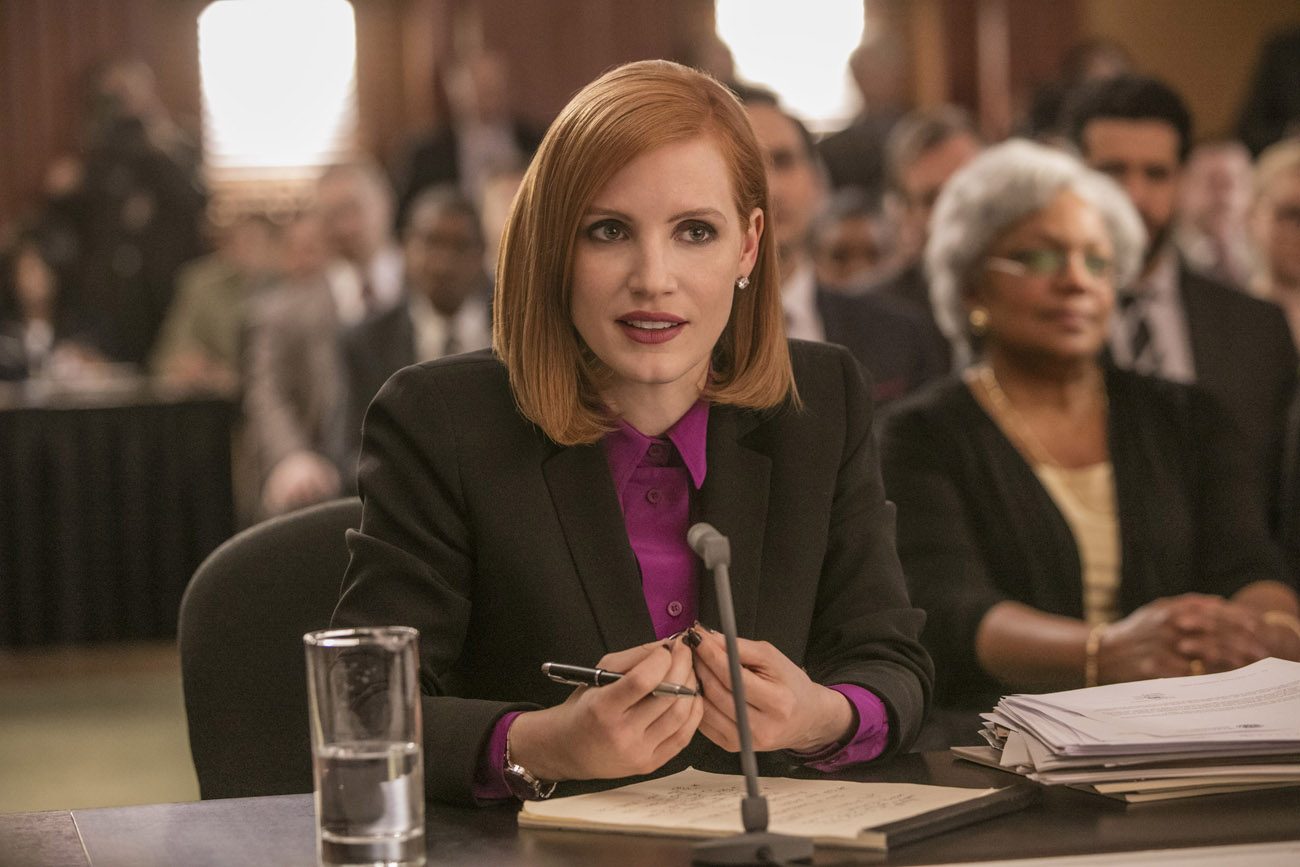 Jessica Chastain stars in a scene from the movie "Miss Sloane." (CNS photo/EuropaCorp)

Since the film abounds in seamy behavior, both in the boardroom and the bedroom, however, only those grown viewers willing to wade through a swamp of unscrupulousness should pay the price of admission.

On the other hand, “House of Cards” addicts desperately waiting for a fresh round of outrageous machinations from Kevin Spacey’s Frank Underwood to become available on Netflix may find “Miss Sloane” just the thing to tide them over. They’ll certainly find a soul mate for Underwood in the eponymous lobbyist, albeit one given to less extreme measures.

Ruthlessly and obsessively focused on winning, Elizabeth Sloane, who has risen to the highest levels of her profession, appears to be indifferent to the positive or negative effects of the causes she champions. Vanquishing the opposition — whoever they are — seems to be all that matters to her.

So it comes as a shock to her colleagues when, driven by personal conviction, Sloane abruptly changes sides in the fight over a pending gun-control bill.

All the more so, since her new stance entails abandoning her cushy position with a topflight firm — led by white-shoe WASP George Dupont (Sam Waterston) — and signing on with a fledgling outfit headed by do-gooder Rodolfo Schmidt (Mark Strong) for what Sloane realizes will be an uphill battle against the National Rifle Association and its allies.

Potential casualties in the high-stakes conflict that follows initially include Esme Manucharian (Gugu Mbatha-Raw), one of the staff members who switched companies with Sloane, and who — as Sloane knows — harbors a long-hidden secret. But eventually, with no holds barred in the escalating struggle, Sloane’s own future hangs in the balance as well.

Despite its obvious — and, for Hollywood, predictable — partisan bias, and its preference for dramatic effect over ethical seriousness, as penned by Jonathan Perera, “Miss Sloane” is fundamentally moral. Yet the movie’s exploration of its protagonist’s unhealthy personal life, in which she uses strapping prostitute Robert Forde (Jake Lacy) as a partner for emotionally empty, commitment-free sex, will be off-putting even for some mature viewers.

Sloane’s interaction with Forde is of a piece with her daytime transgressions. Everything is to be sacrificed to the advancement of her career: marriage, family life, the well-being of colleagues and, of course, nearly all standards of right and wrong. None of this is endorsed by the narrative — quite the opposite — though Sloane’s adversaries are portrayed as being even more unprincipled than she is.

Given that this is a thriller, the emphasis is on the twists and turns of the clash rather than on what it all means, either for those engaged in it or for the audience. So moviegoers should be on the lookout for upended expectations rather than deep insights.

PREVIOUS: Movie review: The Bounce Back

NEXT: Well-edited anthologies have much to add to discussions of community